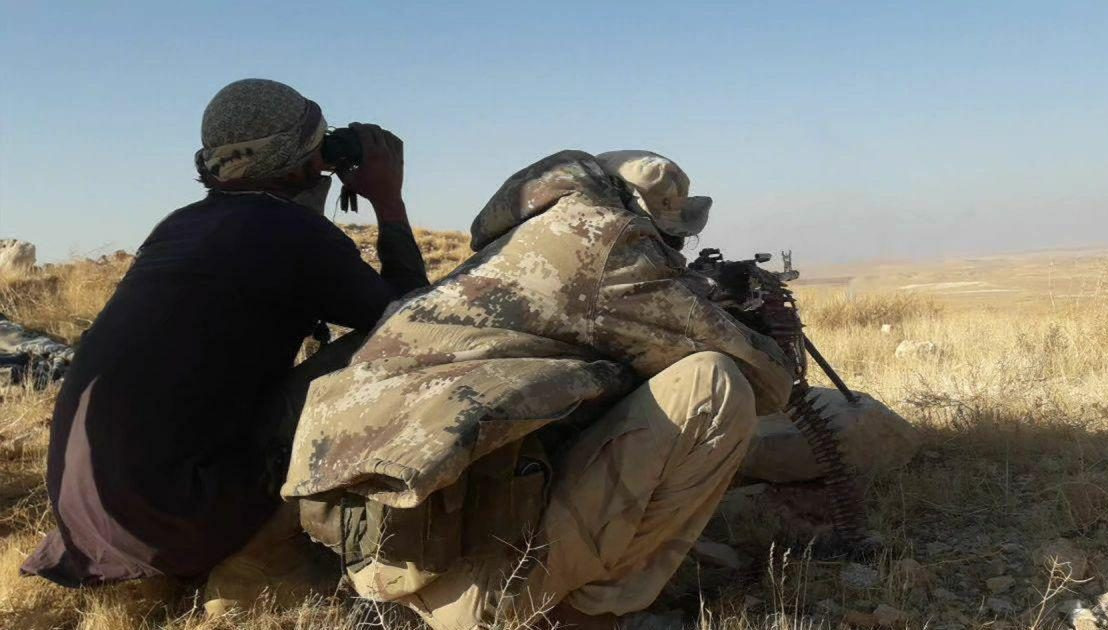 On May 5, at least 15 fighters of the Palestinian pro-government al-Quds Brigade were killed or injure as a result of an attack by ISIS cells in central Syria.

According to the Syrian Observatory for Human Rights, the attack took place in the outskirts of the town of al-Sukhnah in the eastern countryside of Homs.

“Syrian Observatory activists have documented the death of three members of the Palestinian al-Quds Brigade and the injury of 12 others in an attack by ISIS cells when members of the al-Quds Brigade were combing the area of al-Amour mountains in the east of al-Sukhnah in the eastern countryside of Homs, searching for ISIS cells,” the London-based monitoring group said in a report.

In a post on one of their official Facebook pages, the al-Quds Brigade acknowledged that two of its fighters were killed by ISIS. The fighters were identified as “Walid Sh’alan al-Dali” and “Maher Ibrahim al-Dahir”. 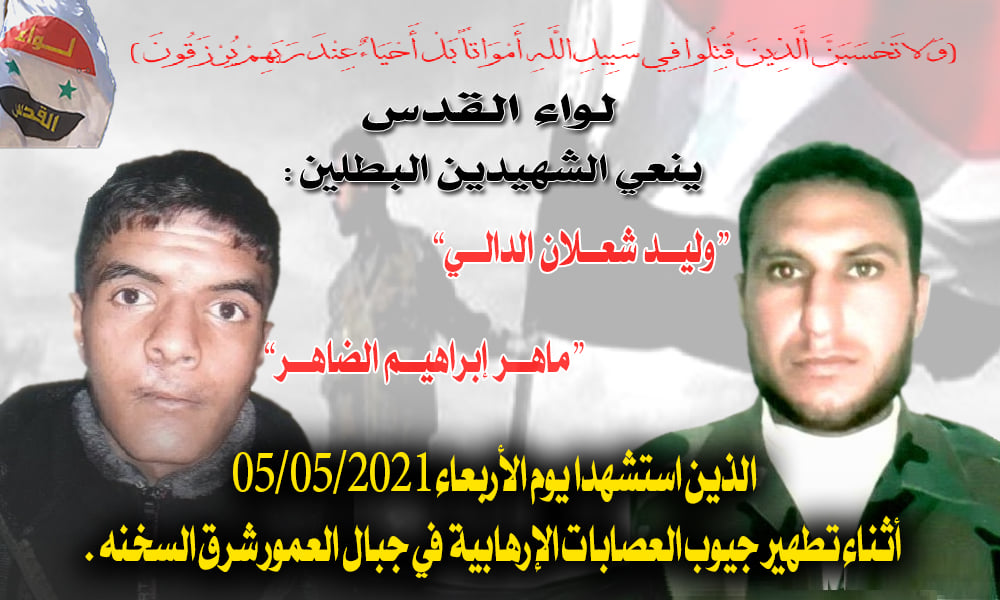 A poster showing Walid Sh’alan al-Dali on the right side and Maher Ibrahim al-Dahir on the left.

ISIS cells have been very active around al-Sukhnah for a few months now. A series of operations by the Syrian military and its allies forced the terrorists to leave other areas in the Hama-Aleppo-Raqqa triangle and western Deir Ezzor.

The attack on al-Quds Brigade fighters confirms that ISIS threat in central Syria is still present. A large-scale operation to secure the area is reportedly being prepared.

There are zio terrorist, children of lucifer personnel leading these Isis cells who are responsible for these attacks. They are in coordination with US terrorist forces in Al tanf

Palestinians never cease to bet on the wrong horse.

Poor Palestinians , giving their lives so that Putin can continue to play geopolitical games with his ” partners ” .