The ceasefire in Nagorno-Karabakh between Azerbaijan and Armenia has entirely fallen through with heavy shelling continuing on the city of Hadrut.

“Extensive fighting continues in the Hadrut area. The Azerbaijani armed forces, concentrating large forces in this direction, are trying to invade the city.  The Artsakh defense army is fighting for every inch of land,” press Secretary of the President of Artsakh (Nagorno-Karabakh) Vahram Poghosyan said.

According to Poghosyan, Azerbaijan has begun pushing in several directions.

“The opponent in different directions of the front line again went on the offensive.  The Artsakh defense army is taking adequate measures to stop them,” said Poghosyan.

The Armenian Ministry of Defense’s representative Artsrun Hovhannisya vowed that the war would be won, even against the Turkish-Azerbaijan forces.

“I have repeatedly said that at this stage of the war it is impractical to specify clear positions, landscapes, and even localities. The war is brutal, the Armenian army is fighting against Turkish-Azerbaijani troops, which is several times more than our troops, which are fully supported by the Turkish air force, other information systems, a large number of mercenaries, terrorists and private military organizations. The Armenian army resists these superior forces with great success. In accordance with tactical and operational necessity, the Artsakh Defense Army carries out both a retreat and a change of lines, as well as an attack and counterattack. Trust our army, we will definitely win.”

The spokesperson of the ministry of defense Shushan Stepanyan also said that accusations that the Armenian air force had struck Azerbaijani positions was wrong and Azerbaijan’s forces were unilaterally breaching the ceasefire.

…with the mediation of the ICRC in compliance with the latter’s criteria, which is not happening at the moment due to the ongoing hostilities. We consider the accusations of the Az. side as trivial provocation & we draw the attention of the interested parties to this fact. 3/3

The statements of the Az. leadership that the AF of Armenia allegedly attemptd an attack in the directions of Hadrut and Jabrayil, opened fire at a field ambulance w/ a white flag & distinctive signs while collecting bodies in the area under Azerbaijani control, are unfounded 1/3

Footage was released of pro-Turkish mercenaries doing a salute.

Pro-Turkish mercenaries perform the Gray Wolves salute, evoking a group known for its ultra-nationalist, terrorist activities in #Turkey
Other footage shows Syrian terrorists fighting on the side of #Azerbaijan call out to God in Arabic when escaping #ArmeniaAgainstTerrorism pic.twitter.com/iJFtGhk6E9

Further proof that #Syrian mercenaries are fighting against Armenians in #Artsakh

Watch the full video at https://t.co/D3H25lmS3x

An Azerbaijan drone was also destroyed.

What she talking about silly cow

She is from Hadrut. That’s why she went crazy after 9th when Azerbaijani army took it.

She is just an Artskin mouthpiece. 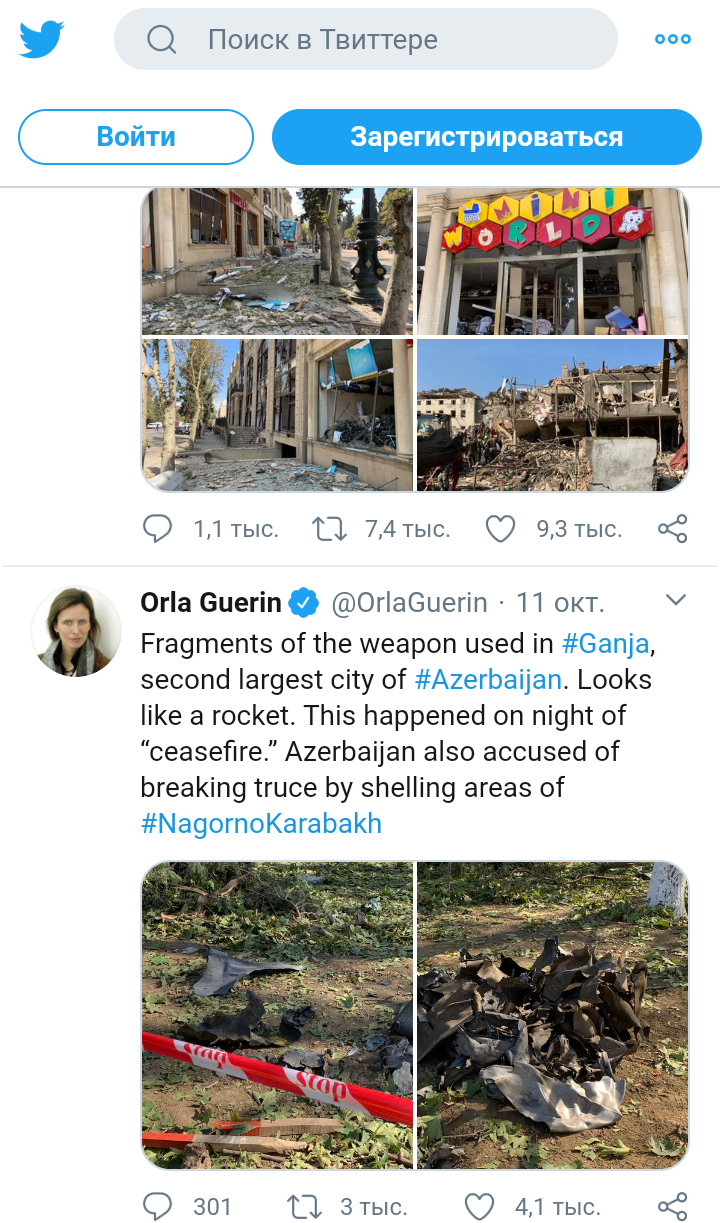 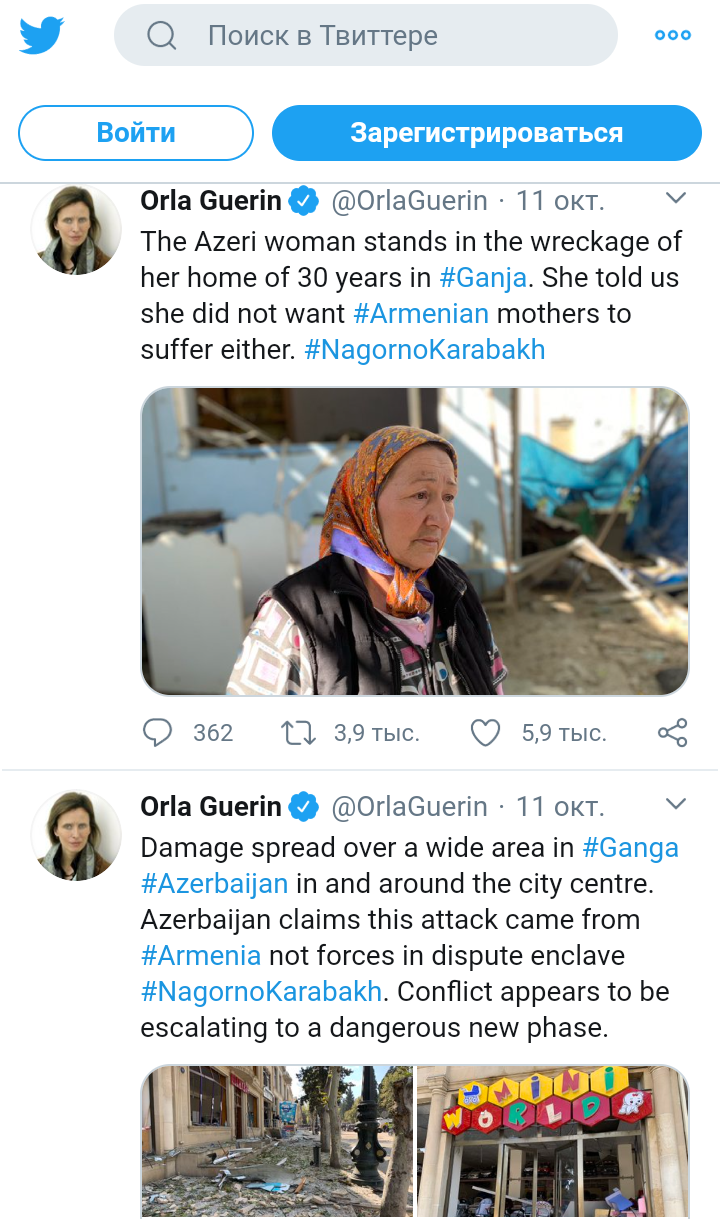 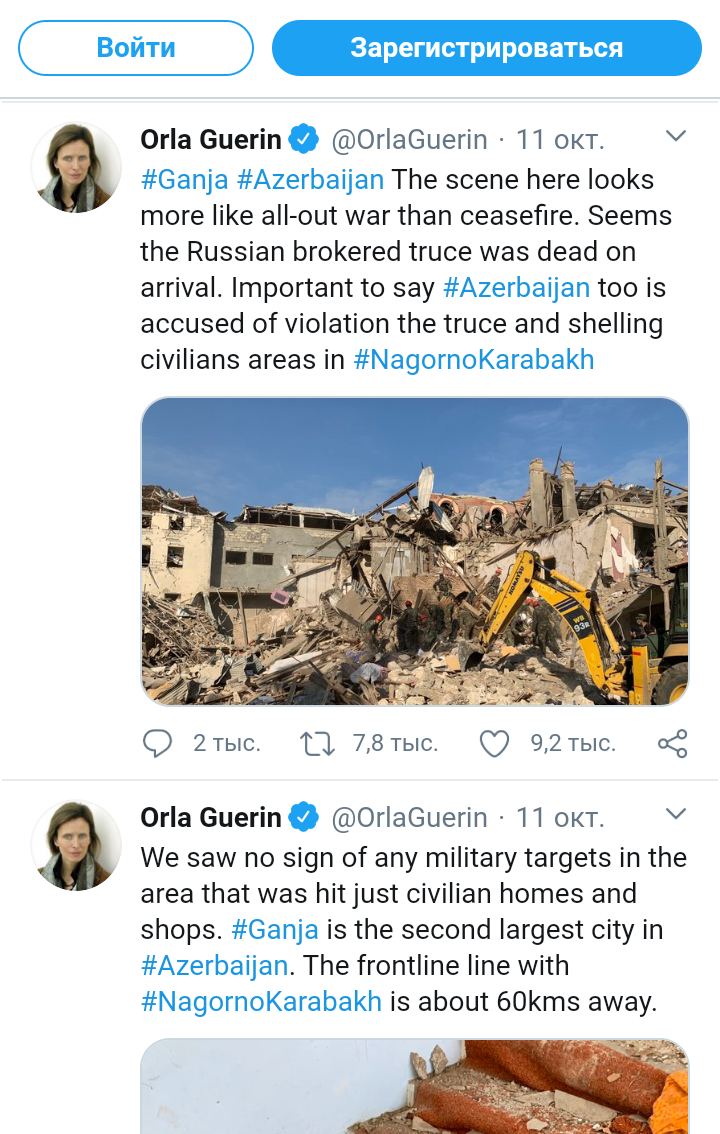 Finally I could find a relatively more authentic proof of Jihadi presence in the republic of Azerbaijan, mercenaries inside the frame of the footage, not someone talking over a footage.
See for yourself:
https://www.instagram.com/p/CGNYPqnh3YL/

Aliyev will rue the day that he got fooled by Erdogan and brought this plague to his people.

I get a page not found message.

Yes, the video and the account both are “not found”. Sorry.

Completely not true. The radicals are only active in lawless countries like Iraq, Syria, Libya and Yemen. Because US and the West destroyed the legitimate governments. And all those countries had no standing armies to fight those radicals.

But Azerbaijan is a country of laws. Its president is very popular. He will never lose control of the country.

All the “Islam Radicals” excuses are just the games played by the West, Russia and Armenians to distract world community. So that could build the pre-context for inference like in Syria Northeast with the Kurds.

Gladly that US, France are sick tired of another global conflict. They do not want to spend taxpayers’ money to save those Artskins.

If you look at the ranks of Artskins, you’ll find outsiders from all over the world. The same you could find in the ranks of Syrian Kurds. Why no ones makes a fuzz about them??

Here, i’ll do a favour so that you may stop spending your time for digging to find a clearly staged video accompanied by a terrible acting performance. Some greek trolls and southfront itself would be happy too if they see this comment though.
https://twitter.com/Elizrael/status/1315356086719963139
My first observations:
1-They’re flashing the grey wolf sign totally wrong. You may compare it by a quick google search.
2-The uniform they’re wearing is not Azeri uniform.
3-They don’t look like Syrians or Turkic. Maybe Iranian? You tell me.
4-Some commentators say that they can’t speak Arabic properly. ‘Tahrir, Iran’ words are pronounced different in Arabic.

I know Iran government and many Iranians here consider a powerful Azerbaijan in the north as a threat since there is a big Azeri population in Iran and they might ask for a unification in the future. However, you should understand a simple fact: Azeris are right on this issue, they’re fighting to take back their internationally recognized lands and they don’t need any foreign mercenaries to achieve their goal because they’re already outnumbering Armenians and they have the upper hand thanks to drones and other stuff. They kept waiting with a big sorrow after Armenian invasion since 30 years. They will die for Azerbaijan without hesitation.

Thank you for your input.

If it’s authentic, it’s expected that they show the grey wolf sign wrong, it’s not their sign, they are not Turks, they are mercenaries brought in by Turkey. And the uniforms are different, what is the problem? They are not Azerbaijan army after all. Turkey has a lot of terrorists on her payroll, from Xinjiang and central Asia to northern Africa and moves them around.

I am yet to see an irrefutable evidence of their presence, hence the use of the word “relatively”. Maybe this one was a propaganda piece by Armenians, but if the mercenaries are there, they will be revealed eventually.

Based on what I see, Aliyev needs every help he can get. That’s why Turkey is so active in this clash because alone he did not dare to go for it. And this is the reason his joint chief of staff resigned because the guy couldn’t stomach some Turkish officer bark orders at him.

There’s no dispute between us for the Azeri inhabited lands that Armenians occupied and drove their population out. This land should return, the sooner the better.
Remains the “mountain Qarabaq” that has been Armenian land for a very long time. This needs a solution.
And regarding a possible unification, rarely the smaller object swallows the larger one. If there’s any danger about unification, it’s for Aliyev gang that someday Arran might return to it’s motherland. But that’s another story and we are getting ahead of ourselves.

The only thing that surprised me was how short the ceasefire was. I guess Lavrov failed to convince both parties from being useful idiots.

Don’t blame Lavrov. If you do not know the truth.

So war will continue.

Turkey and clown Air Dog Anus have absolutely no say here. Following the imminent dissolution of TC, Ekaterina Lavrova will reign in one of the successor states as Queen and Empress of Western Armenia.

This double crossing, this double standard, this cheating, this unlawful, low sneaky behaviour is without any dought Hitler would be Erdogan.

The Armenian army was unable to destroy the Azeri army. Therefore, they are targeting innocent civilians.

Isn’t Azerbaijan the ones using jihadi mercenaries….. Yet Armenia are the ones sponsoring terrorism? Plan your propaganda well or risk making your side look like untrustworthy sycophants.

1. You do not have solid evidence of the presence of any “Jihadi mercenaries”.
2. If there are any foreign fighters, they are the same as the Armenian “freedom” fighters. What is the difference.
3. There has never been ay sign of radical ideology surfaced. So all the threats of “Radical Islam” are just the excuses from Armenia and Russia to use as excuses.

So you are just gonna pretend that we haven’t seen the news reports and videos of idlibstanis going to n-k sent by turkey? …….Ok……. Lies diminish trust, if this keeps going on , anything azeris say won’t be believed.

If you believe all that. They sure can recruit whoever wants to go. There are Armenian recruits from New York, London and Paris. It is all in the news too.

Armenian Foreign Minister: Azerbaijan is not committed to the ceasefire in Karabakh and is bringing Syrian mercenaries

Yes, he is correct. This is not the “ceasefire” Armenia desperately seeking. The parties never agreed to it. It was just a pause.

Just do not put your words in the mouth of Azeri side.

Armenian Foreign Minister: Azerbaijan must abide by the ceasefire

So foolish and naive.

Armenian Foreign Minister: Azerbaijan started the attack on Karabakh, and we only defended the region

Armenians occupy Azeri territory and they only defend it from Azeris?

What a joke? Such idiot.

We have filed an Armenian complaint against Azerbaijan to the ‘Minsk’ group, says Russian foreign minister Sergey Lavrov

Russia expects that all points of the joint statement on Nagorno-Karabakh will be fulfilled, Lavrov said.

Azerbaijan should just stop negotiating with Russia and Armenia. Go back to the battlefield.

Also look at those damn’ed Artskins. They turned a town into wasteland over 30 years. They never built anything. Games of Throne can film an episode there as the North wasteland…..