The Hezbollah media wing in Syria announced on Thursday that Hezbollah and Hay’at Tahrir al-Sham (HTS) have reached a ceasefire agreement in Jorud Arsal at the Lebanese-Syrian border in order to focus on the negotiations and reach a peaceful solution to resolve the situation.

According to the agreement, HTS will release 5 Hezbollah fighters that were captured during the current battles and in previous battles in 2015 and 2014.

The commander of the Lebanese Military Intelligence, Major General Abbas Ibrahim said: “We are optimist about the ceasefire in Jorud Arsal despite some difficulties.”

Major General Ibrahim, who runs the negotiations, said that HTS militants would leave to Idlib and stressed that the duration of negotiations is limited and that this opportunity won’t be available soon.

Lebanese sources confirmed that negotiations between Lebanese Military Intelligence and ISIS fighters deployed at the Syrian-Lebanese border are also ongoing. However, ISIS fighters haven’t provided information yet about their numbers or about Lebanese soldiers they had captured in 2014 in Arsal town.

Hezbollah and the Syrian Arab Army (SAA) are expected to launch a new joint operation against ISIS at the Syrian-Lebanese border if negotiations with the group fails. 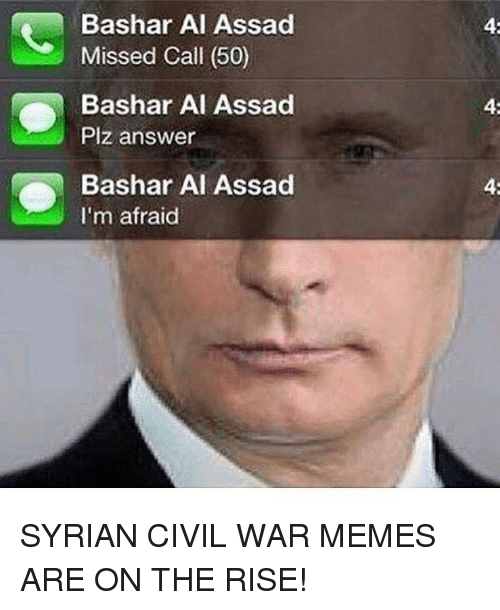 Looks like The Hezbollah and SAA had not study WW2 and why Hitler lost the war. One of his mistakes was to allow English army and allies escape to England from Dunkirk, which later the same army the german army have to fight again. Reached a ceasefire agreement at the stage when FSA is almost defeated does not make sense. SAA will have to fight them later on in Idlib. I understand and make sense reaching a ceasefire agreement at the beginning of fighting starts, but not when the enemy is defeated.

There’s fake news, and there’s fake history. Letting the British escape at Dunkirk did not lose Hitler the war. The British escaped with only the clothes on their back and had to reequip their entire army from scratch. If the seas had parted and allowed the Panzers to roll into England only harsh language could have stopped them. Luckily the seas did not part and the world’s biggest tank ditch saved the UK. The French and the rest of Europe were not so lucky.

It’s also doubtful how many troops the Germans could have captured or killed, as the Allies had a strong defensive position, with air support from the UK. If push really came to shove the British could also still park a few battleships offshore and bombard the Wehrmacht. They didn’t like that during later invasions, nor did the Luftwaffe proved very lucky even later in the war in sinking capital British ships. And that’s excluding the fact that the Wehrmacht was ill equipped to storm a heavily fortified position as it was the mobile armored formations which had raced to Dunkirk, while the infantry that could storm such positions was still marching through France.

Thing is though, Hitler could probably have taken Dunkirk, and destroyed the BEF. But his plan to take France relied on speed, shock and awe. Spending weeks, if not a month to eliminate the BEF at Dunkirk would mean that the French army south of the Somme, could potentially recover and get its shit back in order. Turning the battle for France into a very costly and prolonged affair. Not to mention that new British and Canadian divisions were being readied to sail to France. So, like always, Hitler gambled that letting the British escape would buy him goodwill for a potential peace after he finished off the French while he still could. The 2nd part of that gamble at least paid off.

As for your point, yes, it will be troublesome later on to encounter these Jihadis again, but I assume, as in previous evacuations, they will only be allowed to live with their AK47’s. All their heavy gear will be netted by Hezbollah. And Hezbollah will be free to move these troops, with their heavy weapons, to other fronts as well.

Joe Doe
Hitler wanted to have a military alliance with Britain and thus allowed the British Forces to withdraw, it was almost agreed as the King of England and the ruling aristocracy were sympathetic to this suggestion.

Hitler underestimated the power of the Khazar cabal in London during WW2 as they controlled “Money” across the British Empire and the alliance did not materialize.

Today in the same way, Putin underestimated the power of the Khazar cabal in Russia.

It’s all about shortening front lines. With every crew that gets sent to idlib, the more “conventional” the war becomes. The more conventional the war is, the easier it is to crush them.

You’ll note the Jihadis have to be forced to take these deals, because they don’t want to group up in idlib.

As I also mentioned earlier, the deep state finances and arms both sides of almost any war. If the British would not have escaped in Dunkirk, the war would have been very imbalanced. The deep state also controls the puppets of both sides of a war and they do their part of the game and are bailed out in the end or sacrificed. Though this might be too deep information for many.

Let me clear something that maybe you do not know. Hitler or Germany did not were defeated because they allowed English people to be alive in Dunkik. They lost the war thanks to Russia and only Russia, even if occident would never enter to the war with Germany. Germany was totally lost after Kurk defeat before Russia. Have you ever ask yourself why Hitler only bombed England but he never planned to invade it ?

Idlib seems to be the favourite ‘Go To’ resort for military enthusiasts and wannabe war lords these days.
I wonder how much the travel insurance costs ?

What people don’t realize is that this war have barely started. This was just a pre-dinner appetizer and the real meal haven’t even arrived. If you really think other escalations won’t arrive then you are not following this conflict nor understand this region

The number of Terrorists increases in the Israeli controlled US – Turk led “Terrorist Conveyor Belt” of
Idlib to total at well over 100,000 plus.

On its own, Syria is no match for the No costs spared “Terror Axis” countries along with their Terrorists, trained, armed, financed and fully supplied with logistics so they can again set about destroying Syria.

All the Internet Military Generals with self awarded Bravery Medals have to be informed once again that if Russia had started its protection of Syria in 2010, than Idlib along with the destruction of Syria would have been prevented.

On the other hand nobody took Russia serious any more after the Chechen war. Even the Georgia war still showed a Russian army that operated in an ad hoc improvised straining at the edges manner. It was only the speedy take over of the Crimea and the war in the Donbass that showed NATO that the Russian army was reborn and had to be taken serious again. A trend that the Syrian intervention proved even more.

Without those events Russia would still be seen as a giant on clay feet. And thus not as a deterrent to Western intervention in Syria.

Barba_Papa
As a long standing pro Putin – pro Russia advocate, “Propagandist”, now a defector, the mistakes and lessons learnt from the Russo – Georgian war were ordered by Putin to be implemented across the Russian military.

As a result of no Battleplan for Syria has caused a catastrophe of epic proportions.

I forsee all sorts of armies crossing into Syria from far and neighbouring countries. As I have said this was just an appetizer for what is to come

Hezbollah and SAA should not negotiate on that front….

HTS is a terrorists group equipped by USA-NATO-Israel and anexas, and it is not possible to trust them never.

There are many reasons why Germans lost the war.
You mentioned a few here but you should consider the reality most of german soldiers were frozen because of climate situation. and another reason german psychological situation.
germany overvalue themselves and undervalue the others.
The most important reason, Allied forces used other nationalities as human sources.

“The reality most of German soldiers were frozen ” , is what I have heard and read . Supply lines could not maintain even fuel , lots of tanks could not move , and therefore became useless
Makes one appreciate the command of the Tiger Forces , and in general the SAA and Russia have learned from Palmyra .
Excellent to see the Syrian – Lebanese border will soon be cleared of the constant resupply of the jihadists from the west .