The Houthis (Ansar Allah) continue to launch suicide drones from Yemen at high-value targets in different parts of Saudi Arabia.

Early on April 8, the group announced that it had launched a Qasef-2K suicide drone at Saudi King Khalid Air Base in the southern province of ‘Asir. The drone is a copy of the Iranian Ababil-2.

In an official statement, Brig. Gen. Yahya Sari, a spokesman for the Houthis, claimed that the attack was successful. He said that the drone had hit its target with high-accuracy.

Nevertheless, the Saudi-led coalition claimed that it had shot down the drone over the city of Khamis Mushait. The city is located near King Khalid Air Base. These claims are yet to be confirmed.

Approximately ten hours after the attack, the coalition claimed that it had shot down a second drone launched by the Houthis from Yemen. However, the Yemeni group didn’t announce any new attacks.

The Houthis launched dozens of attacks with drone and missiles on Saudi Arabia in the last few months. Many of the attacks were successful.

Despite its inability to stop Houthi attacks or to make gains on the ground in Yemen, Saudi Arabia is still determined to go on with its war on the country.

“”” Despite its inability to stop Houthi attacks or to make gains on the ground in Yemen, Saudi Arabia is still determined to go on with its war on the country.”””

Wait until they loose Marib, KSA will be pounding sand for the foreseeable future.
Houthi attacks though not massive, will have a psychological impact on the Saudi population as more oil terminals and refineries are targeted,

Last night something was disrupting flights to and from Jaddah and Riyadh airports too, but general Saree’ didn’t say anything about it.

Recently every time Yemenis send their drones to Arabia and blow something up, Saudis cry that an “Iranian” aircraft entered their air space! Poor things… :D

Another Major General (al-Haramli) of Hadi/Saudi mercenary force was killed in Ma’arib last night. Ansarallah managed to capture and clean the Khushr mountains which gives them fire control over Sahn-al-Jin camp, full of AQ and Saudi mercenaries..

Wahhabis are a curse for the Muslim world, luckily India has the largest Shia population after Iran, so Saudi influence is checked, however, they have taken over moth eaten Pakistan with 200,000 madrassas terrorist factories.

I bet that you know that they have nothing to do with any Muslim. It’s great to know that about India, I had sparse info, but after those attacks in that hotel, I still didn’t realize until recently.
Yes, I know about Pakistan, it’s horrible and terrible, they degenerated it. Remember Zbigislaw B. and his speach…Since 80’s the very Hell is in there.
They’ve brainwashed and recruited yound people and send them to Afganistan. do.That’s why they assasinated Benazir Bhutto.
They’re going down.

As an article in Asia Times accurately stated, the daily Ansarallah drone and loitering munition strikes are playing havoc with Saudi illiterate populations “confidence” in their ability to defend the pimpdom. The Saudis have a larger weapons spending program than India with a population of 1.4 BILLION and can not even defend their sh1tty capital, let alone oil fields. Their regular military has lost 70% armor, western mercenaries now fly over 95% of all sorties against Yemeni civilians and the Bedouin tribes are anxious as the oil based economy is up the creek.

Saudi troops left 35 M-113 armed with Vulcan 20mm cannons in pristine condition for the Ansarallah. The Saudis fled without firing a shot when the first two in the column was hit by a Dehalevieh ATGM. 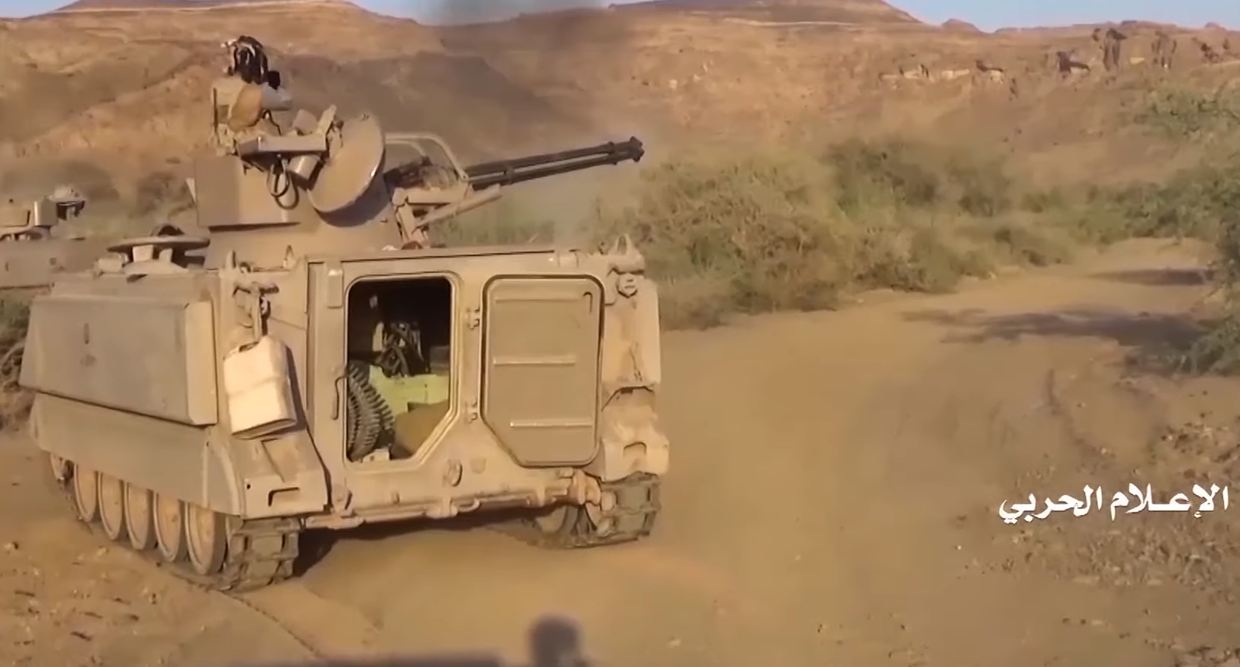 Saudis are being ripped off by the western arms peddlers, they may have a bigger defence budget than India, but they can not produce a rifle bullet.

Saudis are in panic as they can not defend their airspace from increasing brazen Houthi attacks. They have expelled and imprisoned thousands of Indian expats and labour for posting video images of the Houthi drones flying over Riyadh and hitting targets with accuracy. The airport has been closed for flights for almost a week now at various times. The US radar system supplied to the Saudis is either inferior or they don’t know how to operate it. The ineffective Patriot debris has killed 2 Indians and one Bangladeshi national. There are reports on Zee TV that most of the “Royal” family has fled to Spain, US and Europe.