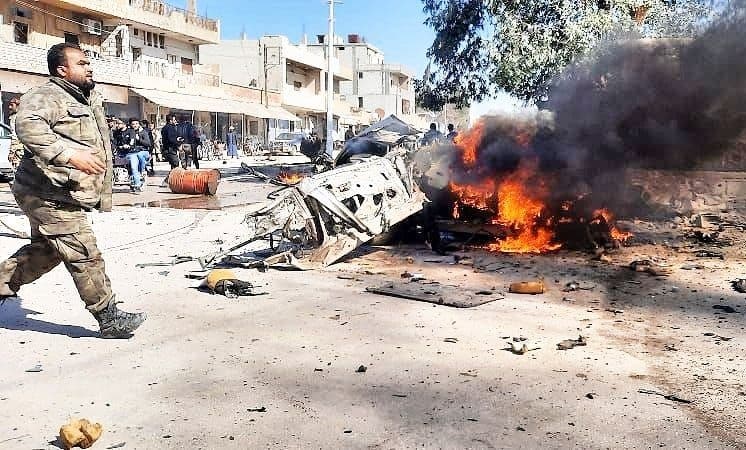 On February 25 morning, a booby-trapped vehicle blew up inside the town of Ras al-Ain in the Turkish-occupied part of northeastern Syria.

Opposition sources revealed that the booby-trapped vehicle, a van, was parked in the Eastern District of Ras al-Ain, near the local chicken market.

According to the London-based Syrian Observatory for Human Rights, four people, including a woman and a child, were killed in the explosion. At least eight others were wounded, some of them are in a critical condition. 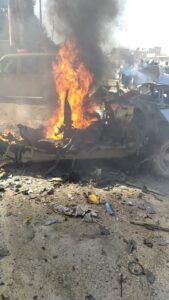 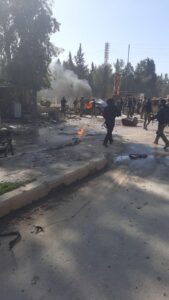 Today’s bombing in Ras al-Ain is the most recent in a series of attacks on Turkish-occupied areas in Syria’s northern and northeastern parts.

Some opposition activists accused Kurdish forces of orchestrating the bombing in Ras al-Ain. However, no evidence was presented.

The Turkish military and its proxies occupied Ras al-Ain and its surroundings after a heated battle with the Kurdish-led Syrian Democratic Forces in October of 2019. The border town has been lacking safety and stability ever since.

So far, Turkey has failed to secure the areas occupied by its forces in northern and northeastern Syria. Ankara does not appear to be that interested in the security of these areas.