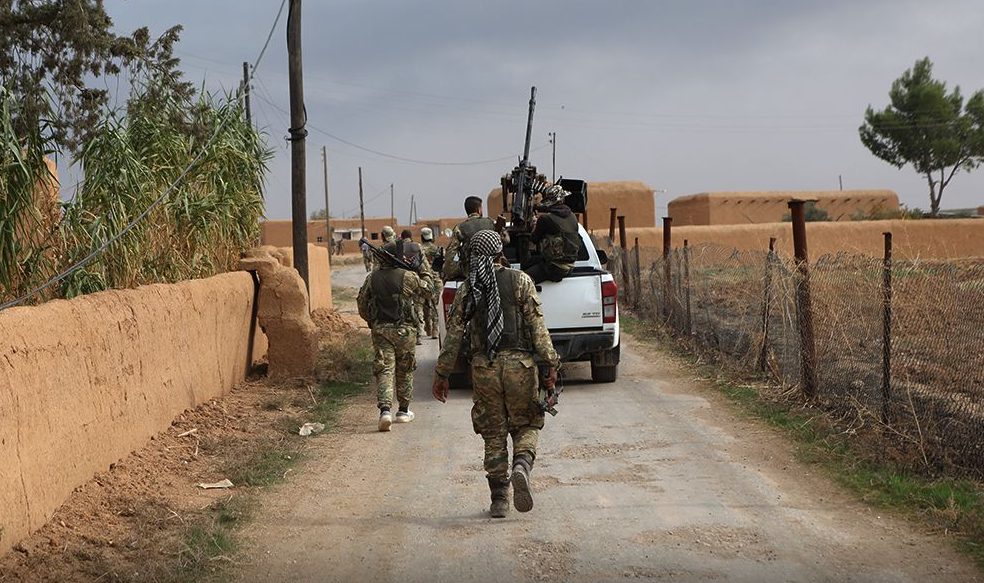 On September 22, the US-backed Syrian Democratic Forces (SDF) announced that its fighters had repelled an attack by the Turkish military and its proxies in northeastern Syria.

The attack, which took place in the early morning hours, targeted the village of al-Dibs in the northern countryside of Raqqa.

“Armed factions loyal to Turkey and their tanks attacked at exactly 03:45 am today, Wednesday, the village of al-Dibs and the M4 international highway … SDF forces repelled the attack, killing dozens of militants and damaging their military vehicles,” the group said in a statement.

After failing to advance, the Turkish military and its proxies shelled al-Dibs and other SDF-held villages and towns near the M4 highway.

According to the SDF-affiliated Hawar News Agency, the Turkish attack on al-Dibs claimed the life of a civilian and wounded at least six others.

Last week, four civilians who were digging tunnels for the SDF in the outskirts of al-Dibs were killed as a result of Turkish artillery strikes.

Al-Dibs is located to the west of the town of Ain Issa. Turkish forces have been eyeing Ain Issa for a while now. The town hosts one of the main headquarters of the SDF’s civil administration in northeastern Syria. Russian and Syrian government forces are present around the town.

The recent escalation around al-Dibs indicates that Turkey may be preparing to launch a full-on offensive on Ain Issa and its surroundings in the near future.

WHERE ARE RUSSIAN BETRAYERS, ALLY TO SAA BUT MAKING BUSINESS WITH UNHUMAN GENOCIDALS? ARE THEY BLYND FROM ALEPPO ON? THEY SEE CEASEFIRE VIOLATIONS ONLY IN IDLIB? PRESIDENT ASSAD, SAA, ARE YOU SURE AN ALLY SHOULD WORK WITH THE ENEMY?

Unfortunately it appears you are “blynd”. Your one sided propaganda bullshit is obvious and transparent.

Russia has exterminated 150000 foreign backed lunatics in Syria and continues with daily operations against hts swine.

They have invested billions in the defensive cooperation with the Syrian government. Your understanding is extremely limited. Educate yourself on what is really happening in Syria, Iraq, Afghanistan, Iran etc.