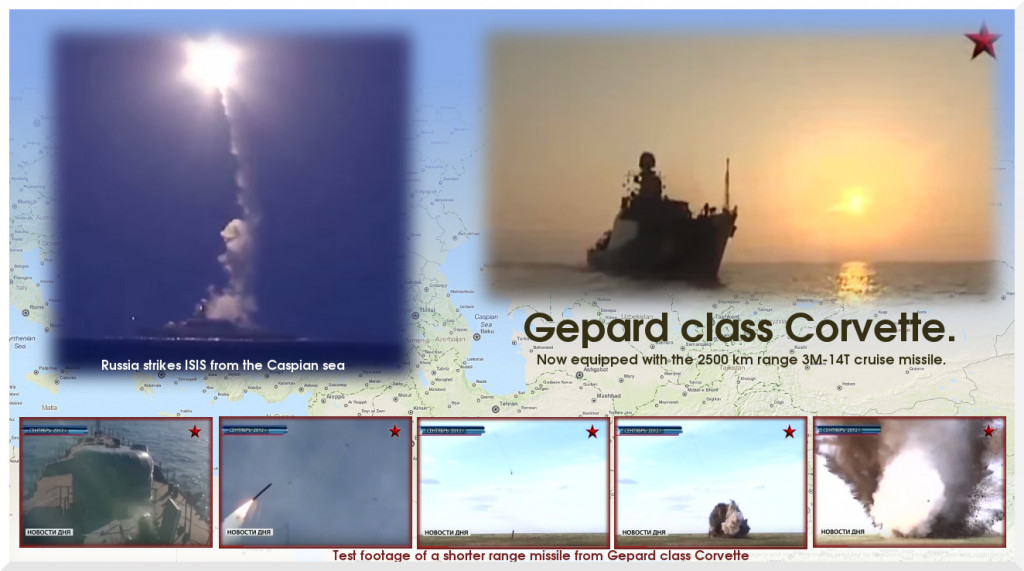 Professor Milan Vego at the US Naval War College and expert on small combat craft said about the oktober 7 ’15 attack from the Caspian sea on ISIS targets in Syria by relatively small Russian naval vessels: “We have been somehow dismissive about the increasing combat power of small combatants.” “The US Navy and other navies, blue water navies, really have to pay more attention to what is going on. These smaller ships are less than 1,000 tons.” The range of the cruise missile used was 2500 km (1553mi).

U.S. Naval Institute news wrote that the strike was “an unexpected show of military technology acumen and occurred without any warning to the U.S. …”. American naval analyst Bryan Clark said: “This was not a missile seen as being normally carried by the corvettes, which had Klub missiles as opposed to the land-attack version.”  He continued saying that the better version missile on these smaller types of ships … “changes it from being a sea-control ship to one with distributed lethality. The US has been aspiring to that, but the Russians have shown they already have it.” Clark pointed out that a larger amount of smaller vessels is harder to find and hit, then a single large combat ship. Will the Russian naval excellence change the dynamics of the war in Syria ?

Are the Americans waging a two front war ? On the eve of 9/11 the Pentagon admitted that more then 2 trillion dollar was missing (read: stolen). In 2013 the figure increased to 8 trillion. 8 trillion divided by 300 million Americans, equals to above 25 000,- dollar per American. Does this explain some of the complaining by Clark for yet more money to develop the same capability as Russia has demonstrated ? How is “American weaponry” coming along, in the condos-at-the-riviera class of “combat vessels,” capable of shooting a mean salvo of expensive wines across the table ? Are the American people just as much targeted by an establishment tyranny and war machine running wild, as are other peoples around the world ? What does Pentagon corruption mean for American readiness to make war against Russia ? 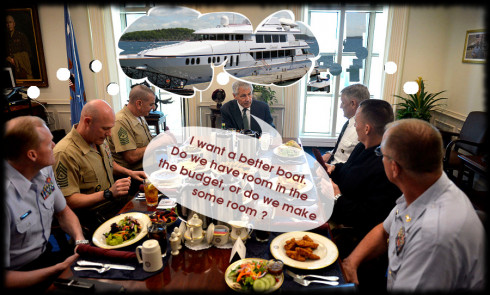 The real conversation at the Pentagon ?

The Concept Of The Future Fleet – Ekranoplan