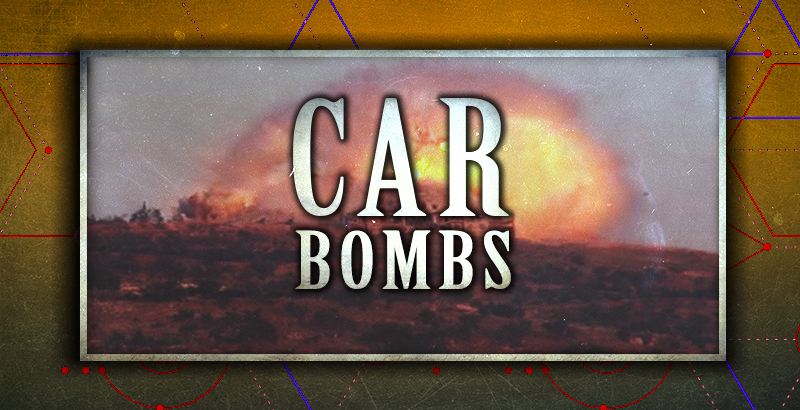 A suicide bomber of the group “Islamic State” attacked a convoy of the Iraqi military east of Mosul, as reported by the Kurdish Firat agency. According to the agency, the attack took place on October 17, 2016 near the village of Bilavet in an area to the east of Mosul. At the time, the column of Iraqi military vehicles and accompanying infantry were advancing to attack IS forces in the city. The resultant explosion killed about 70 soldiers.

There are reports on the use of suicide car bomber by IS and other terrorist groups in Iraq and Syria on an almost daily basis. Such vehicles have historically been used for attacks against troops and civilians many times before, but the “Islamic State” began to utilize them on a massive scale, and to aid them in achieving tactical battlefield victories.

In order to determine how to deal with this enemy threat, adversaries of IS need to understand the improvised weapons themselves, as well as the methods and tactics of their use.

Now, we define the purpose of the use car bombs. They are:

It is necessary to identify the means used by the terrorists in employing these improvised explosive vehicles. Their design depends on the available transport purposes and degrees of importance of the target. The means of transport is dominated by the use of pickup trucks, vans, dump trucks, and military all-terrain and on-road trucks. As a rule, they are further improving armored protection in the form of welding on steel pipes, mounting mesh netting to defeat grenades and shape charges, and layering on iron sheets for additional protection. It is worth noting that in recent times there were cases where additional crew would man car bombs in case of the death or incapacitation of the driver. In this case, the injured or killed primary driver could be replaced by another suicide bomber within the team. Examples of car bombs can be seen on Figures 1-4. 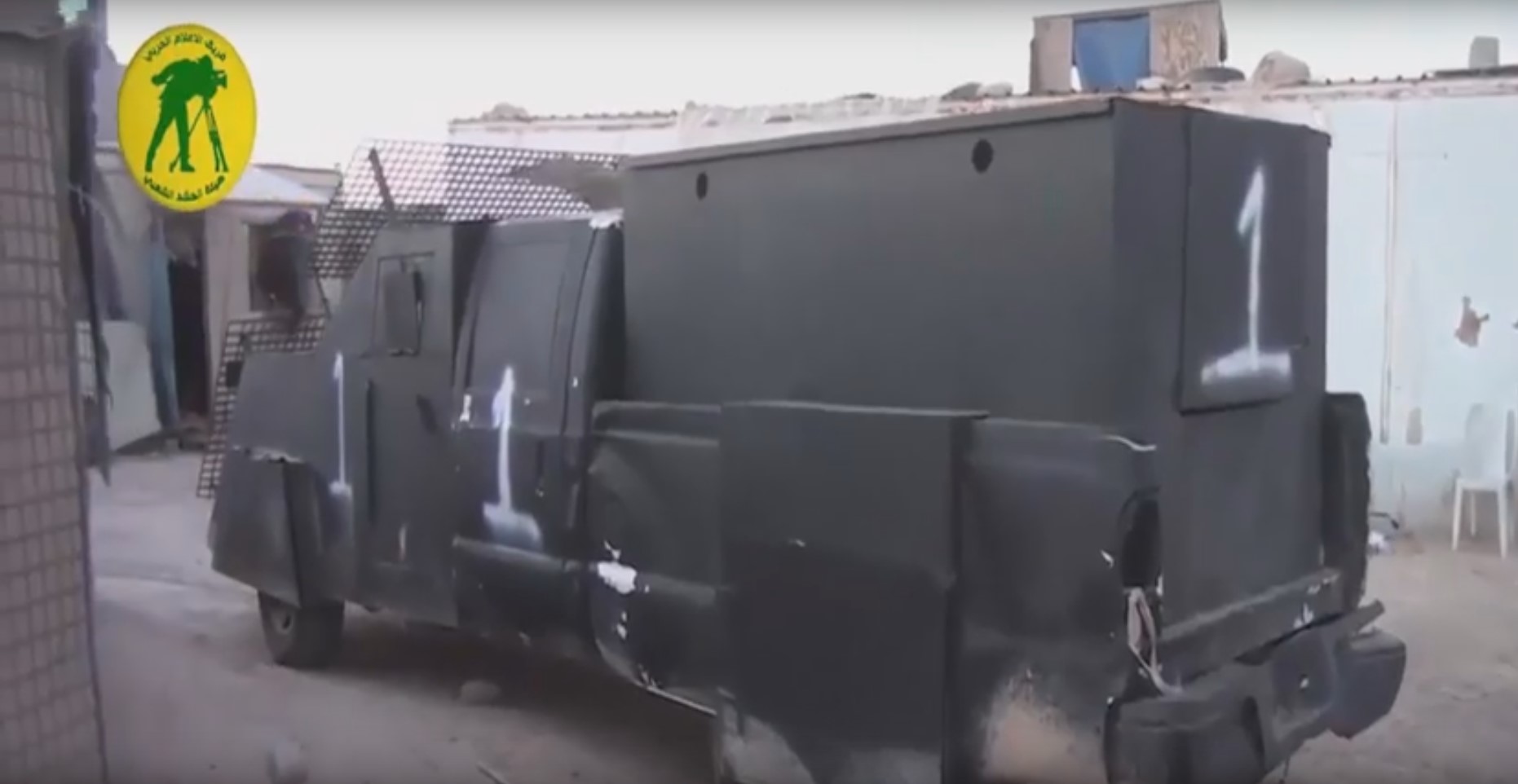 Fig. 1. Car bomb on the basis of a pickup truck. The metal sheets cover the entire body. Protection is provided from RPG hits on the cab through use of a steel grid or mesh. 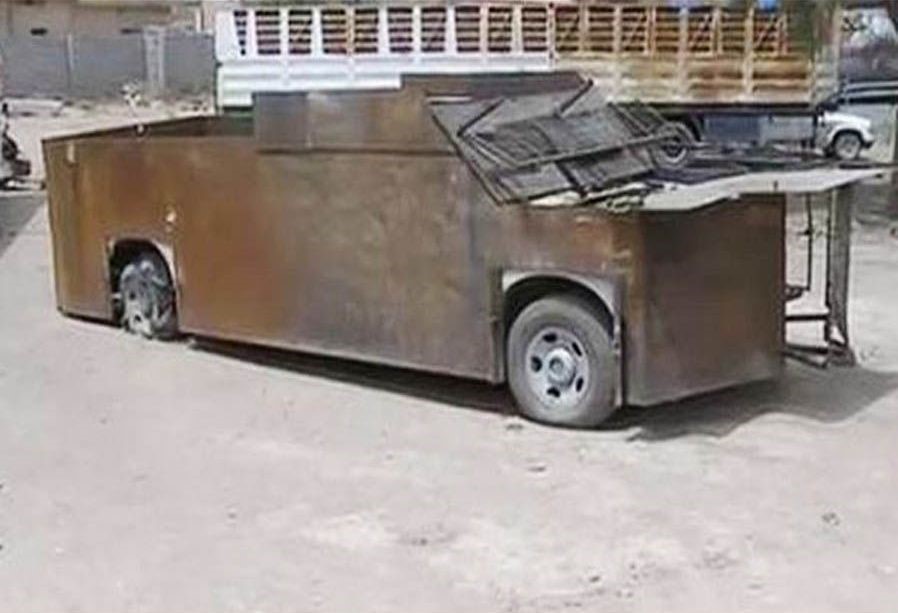 Fig. 2. Car bomb on the basis of a van. The metal sheets cover the entire body. 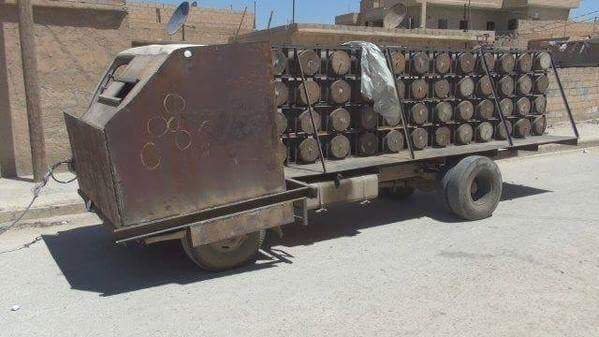 Fig. 3. Shahid-mobility on the basis of a truck. Only the cab is enclosed by armor.

Fig. 4. Car bomb based on a 3-axle army truck. The metal sheets cover the entire body.

In regards to defeating their use, you need to identify the means and methods to counter these types of car bombs. These measures include:

During defensive action, a huge role for the protection units from undermining car bombs is played by the engineering of physical barriers. The most effective means to counter suicide bombers can be accomplished through the erection of tank ditches, obstacles, hedgehogs, escarpments and counter-escarpments. It is also necessary to take into account the terrain around the point to use the natural obstacles to defensive advantage. Also, the erection of watchtowers for the early detection of the approach of car bomb vehicles, and the provisioning of the materials to construct them, is advisable. If time and resources are available, it is also advisable to build reactive obstacles with antitank and antipersonnel minefields around the most important areas.

The most effective, and in the offensive, perhaps the only way to defeat car bombs can be considered adequate firepower. Insurgents constantly show ingenuity in terms of increasing the chances of transport survivability, as well as taking measures to ensure successful operations by reinforcing vehicle crews to overcome the weakness of only a single driver. Firstly, the chief means of fire damage afforded are heavy machine guns (12.7mm and 14.5mm in caliber) and automatic cannons (23mm and 30 mm in caliber). At the onset it is most appropriate to mount these weapons on pickup trucks for mobility and quick reaction. It is possible to mount these vehicles with machine guns DSHK (1×12,7mm or 2×12,7mm). Anti-aircraft guns ZPU-4 (4 KPVT gun caliber 14.5 mm) or ZU-23-2 (2×23 mm automatic guns) can be mounted on trailers in the form of standard trailers hauled by prime movers of varying size, or mounted in the beds of all terrain trucks. In reinforcing or substituting the above vehicles, in the defense, you can add armored fighting vehicles such as the BMP-2 infantry fighting vehicle, equipped with a 30 mm automatic gun.

A large number of military equipment used by government forces has been rendered out of order in the course of prolonged hostilities, so the armed forces are forced to use civilian vehicles. These same civilian vehicles are also used by the terrorists. This creates great difficulties in the recognition of “friend-or-foe”. To overcome these obvious difficulties it is necessary to organize effective means of communication and cooperation with neighboring units. Of course, this does not solve the whole problem, because the cycle of “challenge-response” takes time; however, it gives you a chance to save the lives of your troops.

Analyzing explosions of car bombs, we can conclude that the terrorists are trying to hit the places of the greatest congestion of people and vehicles. Therefore, in defense and attack, as much as possible, it is important to spread out the troops and at the same time be able to concentrate fire on dangerous or suspicious objects.

Any terrorist act is prepared beforehand. In our case, car bombs are not an exception. Long before the attacks, terrorists are identifying targets (exhibiting interest in targeted areas or points of interest and sending reconnaissance), and preparing the transport (acquiring metal grids and steel sheets and mounting them). They are also preparing a large quantity of explosives (from artillery shells to the derivatives of ammonium nitrate). Such transport, during the preparation and release at the starting line, will be heavily guarded and masked from observation. Therefore, it is important to work with the local population, as for the preparation of a terrorist attack event can not be completely hidden from outsiders. The effective organization of counterintelligence activities against the terrorists, who are interested in important facilities, will protect the troops or objects being targeted.

In case of the approach of suspicious vehicles towards defensive positions, especially when there is no forewarning or communications received from the neighboring troops or orders from staff, it makes sense to open warning fire (several bursts in the direction of the approaching vehicle). If it is friendly forces, then they will stop and try to identify themselves. On the contrary, terrorists would respond by increasing speed in an effort to rush to the target point.

Finally, I want to mark the occasion of the attack on the Promenade des Anglais in Nice which occurred July 14, 2016, when a truck driver rammed a crowd of people who gathered to watch the fireworks display on the occasion of Bastille Day. The truck did not stop; zigzagging, pressuring people for nearly two kilometers of waterfront, while the driver also opened fire. He was eventually eliminated by the police. 80 people became victims of the attack. In this case, the terrorist did not even have to additionally acquire and armor the vehicle or acquire any explosives. The success of the operation was due to the element of surprise, and that the police were armed with small arms, which could not immediately kill the terrorist or disable the vehicle. A high level of vigilance, as well as the combination of a complex of organizational and firepower measures against these vehicular weapons, will minimize losses and keep troops alive.

Well, if you KNOW an offensive is imminent, you can just bulldoze a pile of earth over the road like a kilometer away from the chekpoint. it’s quick, cheap, removable, and no problem at all: nothing should cross the road towards you in enemy offensive, anyways. this deals at least with civilian vehicle VBIEDs. if they’re using a BMP as a platform it won’t work, but that’s why they should have special VBIED teams with Maljutkas and similar high precission tools.

Please send this to the SAA, because even after 5 fucking years of war, they have no idea how to deal with just THREE.

Total pussies, all of them. Arabs talk shit about Israel but they couldn’t even beat this little state when combined against it, the Iraqis fled (with 20,000 troops) from just 800 ISIS soldiers back in 2014 too, they’re total wimps, dealing with enemies that any halfway competent army would breeze through.

true although to give the SAA credit they’re willing in spirit, just incompetent in execution.

Bruh, come on, they flee at every enemy offensive!! Not cautiously retreat, I mean actually conceding miles and miles of territory in days. They’re completely unwilling to fight for their homeland, which is why they’ve got 60,000+ foreigners on their side because of manpower shortages, despite millions of men available in Syria. It’s unheard of. Again, seems like an Arab thing to want foreigners to fight for your army, look at the Saudis, Turkey etc.

its a mixed bag imo. Some of their units perform (Tiger Forces, Republican Guard), others are mere placeholders. Lucky they have Iranians though, who are willing to fight and die.