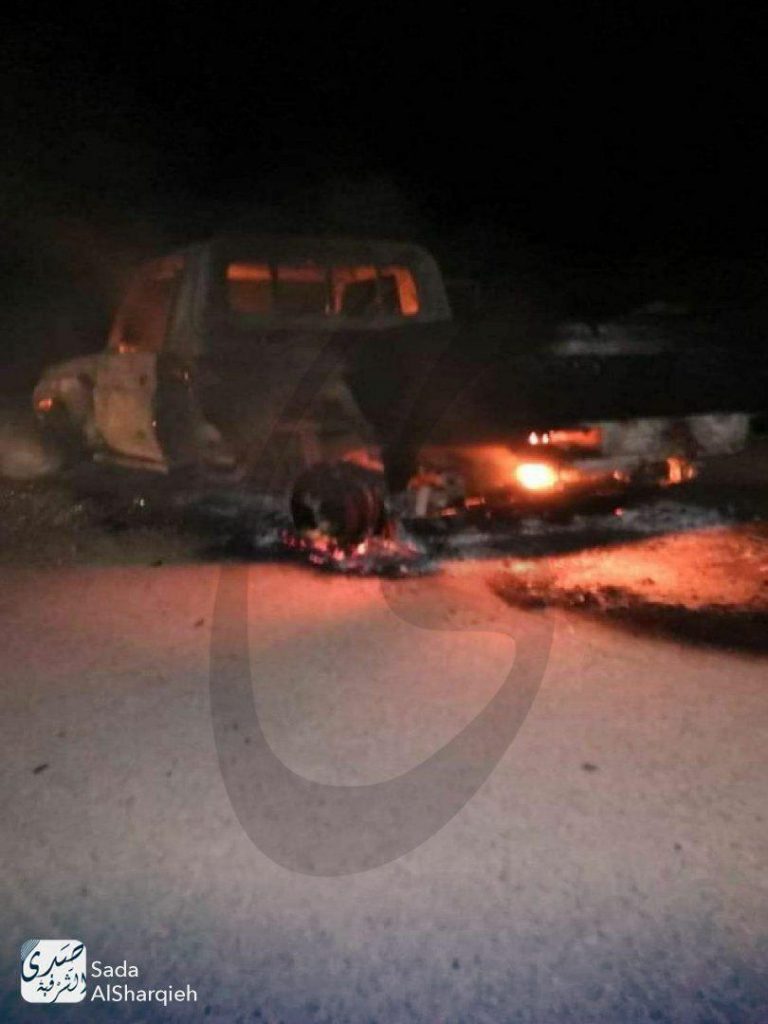 On August 28 evening, a car bomb exploded near the Turkish observation post located near the militant-held town of Jisr al-Shughur in Syria’s southern Idlib.

According to reports, the car bomb exploded after Turkish forces deployed there opened fire on it. Therefore, the car bomb did not reach its destination. Despite this, at least one Turkish-backed militant was killed in the explosion.

There are also reports that several Turkish soldiers may have been wounded. However, this is yet to be confirmed.

Meanwhile, pro-militant sources claim that the Syrian Army shelled positions of Hayat Tahrir al-Sham (formerly the Syrian branch of al-Qaeda) near the town of Kinsafa in the area of Jebal Zawiyah.

The dog that bites its master, beasts not men.

So it reached that post and exploded, that it how it was. You, deserved this.