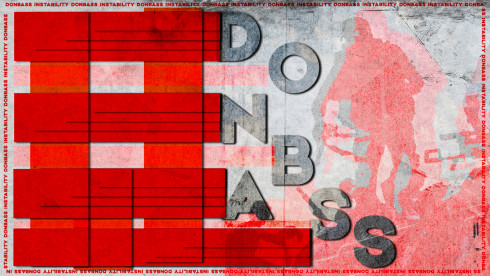 As tensions in the Russia-Ukrainian border keep escalating, a military conflict scenario keeps getting more likely.

Last Thursday US President Joe Biden stated he believed Russia was to attack Ukraine at any time in February. Ukrainian President Volodymyr Zelensky in his turn responded by urging the West not to create panic which damages the country’s economy badly. He even criticized the evacuation of Some Western embassies’ staff, saying that “Ukraine is not the Titanic.” It is a peculiar situation, in which Western leaders keep claiming Moscow will invade its neighbor tomorrow, while the Ukrainian President himself tells otherwise.

It is a bit too late to request that no more panic is generated, though. Zelensky himself has not been helping, since he has been making explosive remarks, going so far as to say in August 2021 that Donbas residents who consider themselves ethnic Russians should “go to Russia”, this blatantly russophobic remark actually consisting in a call for ethnic cleansing. This is part of a consistent campaign from the Ukrainian authorities in Kiev to further ethnicize a conflict that started as a political conflict over the so-called Maidan revolution and its radical Ukrainian nationalism. Although its current president is a Jew, today’s Ukraine post-Maidan regime has fomented extreme nationalism and neonazis groups are tolerated and aided by it, as they are welcomed in the infamous far-right Azov Battalion, which is part of the country’s national guard. Moreover, Kiev’s policies regarding Donbas have been marked by Ukrainian ethno-linguistic chauvinism, state terrorism and the genocidal murder of civilians.

The Donbas region in the Russian-Ukrainian border, controlled by two self-proclaimed rebel republics, is now the center of tensions. Eventually, Europe’s “forgotten war” came to the spotlight.

Even though Zelensky now denounces fear-mongering, his own Armed Forces clearly are preparing themselves for aggression. They have been transferring fuel and ammunition for their advanced units in the Donbas. American mercenaries from the Forward private company have been reported arriving in Severodonetsk, Luhansk region and heading towards Ukrainian Armed Forces positions. Ukrainian radicals have been recruiting far-right volunteers and training assault groups. Turkish terrorist and ultra-nationalists groups have been cooperating with Ukrainian nationalists.

Combatants from both Luhansk (LPR) and Donetsk People’s Republic (DPR) have been kidnapped and clandestinely killed by Ukrainian sabotage units at the rate of one per month. In Donetsk such a unit has recently stabbed to death a combatant near Staromikhailovka. Even a Russian-Ukrainian Joint Centre of Control and Coordination on ceasefire (JCCC) observer, Andrei Kosyak was thusly targeted. The same happened to others, such as combatants Alexander Lopushnyak, Denis Filimonov, and Maxim Kuzmenkov.

Leonid Pasechnik, the Head of the Luhansk People’s Republic, has claimed Kiev is hiding heavy military equipment from the Organization for Security and Co-operation in Europe (OSCE) – in a clear violation of the Minsk agreements. He remarked the Ukrainian military has been employing electronic warfare to tamper with OSCE monitoring drones. Mercenaries are also arriving, disguised as “military advisors” and “instructors”. Ukrainian military hospitals are getting ready to deploy additional beds and are stocking up donated blood. All of this sends a very clear message.

At Donbass, tensions are high. Plans are being made for evacuation of those residents in front-line villages in case war begins. Considering the possibility of attacks from Kiev, gas and water pipes have been at alert. According to Eduard Basurin,  a representative of the DPR’s militia, American and British advisers in conjunction with Ukrainian special forces are preparing a series of acts of sabotage including chemical attacks, provocations, and false-flag events to foment a conflict. There are multiple reports about Ukraine stockpiling toxic chemicals such as botulinum in the Donetsk’s towns of Avdeyevka and Krasny Liman. Near the town of Dokuchaevsk, DPR rebel authorities found a cache contained 1.6 kg of TNT, and 20 hand grenades.

Basurin states that around 120,000 Ukrainian soldiers have been at the front line in Donbas for the last three months. Last week Kiev deployed eight Uragan and Smerch missile systems to the front. Kiev’s Armed Forces have also been conducting intense training of its radiation, chemical and biological protection (RHBZ) troops.

Therefore, the risk is that now might be too late for Zelensky to urge anyone not to “create panic”. The problem with provocations and war narratives is that they often become a self-fulfilling prophecy.

On Sunday, NATO Secretary-General Jens Stoltenberg reiterated, as expected, that NATO will not send troops in case Russia attacks its neighbor, but reassured the Alliance will provide “support” to Kiev. We have already seen what this kind of support is: sending mercenaries and advisors to train terrorists and saboteurs. We all know how this ends: Western abandonment of Ukraine, and a humanitarian disaster with undesired consequences to Germany, and actually to Europe and the West itself. This is the reason why most of Europe actually desires dialogue and further diplomacy pertaining to the current crisis. The US, UK, and their closest partners however, want to further escalate tensions as part of their misguided policy of “encircling Russia.” Biden’s recent visit to Germany must be interpreted this way. In a perverse kind of way, former US president Donald Trump’s recent remark about the crisis being a “European problem” actually makes sense. It is up to the responsible European leaders to firmly resist Biden’s calls for further escalating tensions.

Expect a big false flag this month to frame the Russians,there are already indications that will happen.

The false flag can come from either side.

For your information, Crowell let the jews back into England after a 400-year exile. https://odysee.com/@KvitRavn:7/HistoryOfCentralBanking:8

For your information, Cromwell let the jews back into England after four centuries of exile after sacrificially murdering a young boy from the nobility.

[First issued in 1942 by the SS head office under the direct orders of Heinrich Himmler, The Underman has ever since been portrayed as “anti-Slavic,” “anti-Russian,” and “anti-Jewish.” In fact only the third allegation has any truth to it. The “anti-Slavic” and “anti-Russian” claims are merely the product of postwar propaganda, reliant on the fact that almost no one would have the chance to actually read the publication for themselves.

Far from being anti-Slavic, the reader will see that the SS Head Office publication portrayed Russians as victims of Communism—and then specifically blamed Jews as being behind Communism, and, ideologically speaking, inheritors of a far older, far eastern attack on Europe which had started with Genghis Khan and the Mongols.

Nowhere in the SS book are the Slavic people denigrated, and in fact many of the traditional Slavic nations are mentioned in text and photograph as being part of the greater European family. European nations specifically mentioned in this book include Portugal, Spain, Italy, France, Belgium, the Netherlands, Denmark, Norway, Finland, Italy, Switzerland, Slovakia, Croatia, Greece, Bulgaria, Hungary, and Romania.]

Genghis Khan was absolute monarch and not communist or Jew.

“responsible European leaders” Well the last of those were Chirac and Schroeder–the former center-right, the latter a social democrat, which shows how party political color is utterly irrelevant, just a cultural sauce. After these two defied the Emperor’s orders to invade Iraq, the Europeans voted them out as fast as they could. They wanted to share in the glory of Empire, they wanted to make a sacrifice for their betters.

One notes that all these happened almost two decades ago already. There’s nobody home now in European capitals–bitch will do as bitch as told. Fasten seat belts and enjoy the ride. It is immoral to insulate people from the consequences of their own choices.