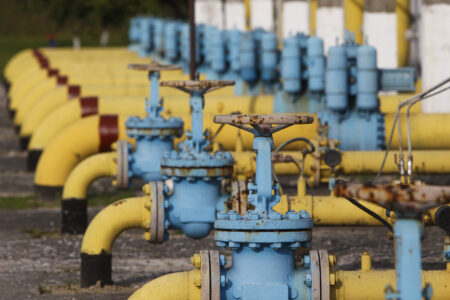 Germany raises the question of extending coal use to lessen flows of Russian gas.

It is not an exaggeration to say that the course of the war in Ukraine will determine the geopolitics and economy of Eastern Europe for the decades to come. Although it appears that the West is making great effort to oust Russia from Ukraine, they also hope to liberalise their energy supplies, especially Germany – but can the European Union’s biggest economic powerhouse separate itself from Russian gas?

German Finance Minister Christian Lindner dispels the hopes that Moscow will succeed in “blackmailing” the launch of Nord Stream-2 in an interview. He also points out, without any ambiguous allusions, that the economy of Germany and the EU as a whole will inevitably collapse if Russian gas stops flowing. In fact, the German Minister is saying the obvious outcomes according to data, but this is ignored by other senior German politicians and EU states.

Poland, the Baltic states and Ukraine have been asking Washington for years to impose sanctions on Russian energy, and now it is beginning to be supported by many European leaders. German Chancellor Olaf Scholz, who recently returned from talks in Moscow, ordered the Ministry of Economy to withdraw its conclusion that launching Nord Stream-2 does not pose a risk to the German gas market.

News circulated that the Chancellor had suspended the certification process for the Russian pipeline. However, the certification of the pipeline is not carried out by the Ministry of Economy, but by the Federal Network Agency, which operates under its legislative package. No one has yet announced a certification deadline, and the Ministry of Economy, having withdrawn its report, is obliged to prepare another report and submit it again for consideration to the Federal Network Agency.

Germany ranks eighth in the global list of natural gas and buys more blue fuel abroad every year. By comparison: In 2013, the Germans imported only 97 billion cubic meters of gas but by 2020 it reached 155.5 billion. By the end of this year, when Germany’s last three nuclear power plants will stop, these figures will be even more inflated.

The European country is not only the leader in natural gas imports, but also the main buyer of electricity – the supply from abroad accounts for more than 10% of the energy balance. Therefore, it must be questioned whether Berlin believes that the supply of LNG from the US can fulfil their energy needs.

In January, it was reported that 106 ships arrived at gas terminals in the EU, bringing a record 7.1 million tons of liquefied gas. This rate is not only a record high, but is 37% higher than the average for previous periods. However, American traders delivered no more than 76 billion cubic meters to Europe in the record year of 2021.

Another issue for the German government is that Europe has now exhausted its physical capacity to import LNG. In total, there are 29 gas terminals in the EU, most of them in Spain and France. Britain, which is no longer part of the eurozone, has three and Germany does not have any LNG terminals. This is why American gas can only enter German storage facilities through resellers with an additional mark-up.

“There are no taboos on deliberations,” Habeck said, adding that it was Germany’s goal to ultimately choose which country will supply its energy. “Being able to choose also means, in case of doubt, saying goodbye to Russian gas, coal or oil. And should Russia wilfully cut off this supply, then the decision has of course to be made. In that case they will never be rebuilt. I think the Kremlin knows that, too.”

For all the hope in American LNG or using coal in the interim, they are not realistic prospects, and for this reason, even if Berlin wanted to, it cannot divorce itself from Russian gas in the foreseeable future despite some defiant voices.

They can. They only have to sacrafice 10-20million people whom will freeze to death during next winter. U.S. doesn’t have enough oil and gas. They are still buying from Russia in record numbers. US is probably reselling Russian gas to the EU at 5times the price.

They can always burn coal, which they have in abundance in Saarland. Remember that the early EU was all about coal.

But what they really need is a radical renewables (incl. “green” hydrogen for storage and fuel) 10 year plan. In fact all the EU and China need that, well, probably all the world but Europe and China are deficitary in terms of fossil fuels (except coal).

That Infrastructure- along with Nuclear, have been left to ROT. Significant workforce laid off. Can’t just turn it back on, not even throgh Years or a Decade. Easiest thing would be- for any non- CIA- Puppet- to fully open Nord Stream 2.

Man, these EU countries are so dumb. Sacrifice your own economy for the US propaganda.

It always amuses me that so many people in Europe, especially the really ignorant, dumb ones, are still so enamored by the US. Why would anyone be for such a violent, murderous, crime-infested, mentally sick, physically sick, degenerate, suicidal, drug-addicted and alcohol-addicted society. Then there is the foreign policy of mind-boggling waste (both in national treasure and lives) and endless, wars, provocation and intimidation. I am reminded of the conversation in the movie “Cross Of Iron” (1977) between the characters Hauptmann Kiesel (played by David Warner), a staff officer, and the infantry battalion commander Oberst-leutnant Brandt (played by James Mason): Brandt: “What do you suppose we will do when we lose this war?’ Kiesel: “Prepare for the next one.” That basically describes today’s US foreign policy.

Colonies to exploit & soak up missile inventory not countries. The German Marshall fund.

The European Union is moving closer to developing integrated European defence after 23 of its 28 Member States agreed in November on joint military investment in equipment, research and develop- ment through Permanent Structured Cooperation (PESCO), an enhanced-cooperation mechanism enshrined in the 2009 Lisbon Treaty. The plan is to jointly develop European military capabilities and make them available for operations separately from, or in complementarity with, NATO.

No one is a sellout out of stupidity. There are many benefits to selling your nation/people to the suzerain. Like getting lots of money out of it, or a good position in one of the US LNG corporations. Or just good relations instead of being replaced. Fear, selfishness, cowardice, parasitism… but stupidity? Not at all.

German consumers are going go pay sky high for gas this coming winter. Everyone in gas sector knows this will be inevitable result of talking Russia off SWIFT payment system.

Bank for Payments for Gas not disconnected yet… I wonder- are they ready to pay in suitcases full of cash or cargoplanes full of goldbars?

Germany ???? If they buy all available gas at lets say inflated price , how much will other EU countries pay ? Man, they can afford it , other countries can’t.

They can burn wood for heat, as Putin said. But will have to buy wood from Russia as well.

turn the gas off and freeze them

All this talks about gas, energy, oil, coal, solar power, wind power, GDP, economy, finance, etc. is all BS. This economy stuff can come and go, but the only thing that has been proven throughout history is, POWER COMES FROM THE BARREL OF A GUN.

Yes but first you have to make the gun, In a factory. Where does the factory get its power from?

And Germany should not stop to cooperate to all sides. And what we see is this: There are just not enough pipelines, contracts and sources for everyone. … We remember the 1950’s for instance, Hitler was gone and the US all of a sudden had a ‘house committe’ – not good. Buying Russian gas is good for the environment everywhere, and makes two sides dependant, Russia gets and gets used to this stream of revenue. Taking away this stream of revenue creates a craving with Russia – once and for a limited time. Why Baerbock now became a polluter amongst polluters without hesitating at least a little, doing NATOs job is just that, nobody knows. She should have strong and independent own convinces – and not doing the job of gasshipments nor extended coal burning energie plant use.

We need a ‘market driven economy for pipelines’ as well (to the EU, for instance, from all sides possible) – pipelines must be in oversupply like supermarkets to a certain extend – and the buyers/customers choose. Preferences: Quality, price, environmental impact, reliable. The EU needs to act now – to set the new standard: ‘Pipelines we have and want to have numerous, in oversupply. Nothing is cheaper and better.’

Germans probably have a deal under the table with Russia. They must have approved Russia invasion beforehand. I mean who sends helmets as military aid ? It’s like mocking you.

They can consult with Greta 😂

Gas pipelines are the proven, safe, efficient, and cheap way to transport gas. These petulant children that run the EU countries need to pull their heads out of their collective butts. The economic well being of everyone requires peace and trade.

Yes, it can and it already took measures. The plan is to be fully independent from russian gas by september 2022. Now, those measures will only be accelerated ^^

The green party in Germany was taken over by US in the early 80ies. All the CO2 storries were done to do the clean energy agenda in order to make the country in the long term free from russian gas and to bring down russian ewonomy.

But as there is no storrage for “clean” energy yet. And with them going mad against nuclear energy as well, Germay is now even more depened on russian gas than before that US move.

But the green party also made it possible for Germany to take part in the attack on Serbia in the 1990ies and later made Germany take part in a lot of US wars like Afghanistan.

Now they have a foreign minister (female) that can not read a text longer than 3 minutes without loosing word or mixing them up. Germany today is just a joke of history.

Good news. Good analysis. Even German Nazis need to stfu and hope for quick Russian victory it seems to me.

The Green before the takeover were pacifists fighting against US nukes stationed in Germany. And wanted Germany out of NATO.

But then came the jewish kosher people like Joshua Fischer and made it the most war friendly party in Germany. All helped by the US-jewish press complex in Germany.

The propaganda for green livestyles got so out of hand, that other parties had to take it into their programs in order to contain the Green party.

But it also made it impossible to do rational energy policies since then. And in accordance Germany has the highest energy prices world wide.

Subsidicing solar for example was done by taking from the poor and giving the rich, that could afford those investments and got guranteed revenues far exceding anything you could get with a save investment in all the market.

All done by making energy prices higher. In 2008 they ended these policies for the future but still pay the rich on their former investments into solar by taking from the poor.

It can but it needs a radical ecosocialist 5 or 10 year plan to make renewables a real all-purpose energy source with the aid of hydrolisis hydrogen, else it’s bound to depend on the nearest fossi fuel supplier (and that basically means Russian gas).

LOL. Only Problem is: they need that Energy about- RIGHT NOW. Otherwise, they’ll end up as an African Country- without the warm Temperatures year round