Things keep heating up in Venezuela, with possible “military options” now being seriously discussed at the Pentagon. And of course you know what that means! That’s right, it means we can expect to see even more lies and manipulations from the political/media class as the narrative managers try to get their rapey little fingers into our minds to manufacture support for unconscionable acts. This can create a very confusing environment for everyone, where up means down and black means white and “humanitarian intervention” means “murdering thousands and thousands of innocent human beings”. With that in mind, here’s a handy translation key to help you understand what the establishment mouthpieces are really saying:

“Interim President” = Some guy most Venezuelans had never heard of until January of this year.

“Usurper” = The guy calling the shots and leading the country.

“The people of Venezuela are starving” = Oil! Oil! Oil!

“Grassroots activists” = Let’s pretend the CIA’s not a thing.

“Freedom and democracy” = US control of Venezuela’s petroleum resources.

“Foreign interference” = An ally of Venezuela supporting its ally.

“We can’t just sit around and do nothing” = I have learned nothing since the Iraq War.

“The Monroe Doctrine” = I think all the countries on this side of the planet are my personal property.

“Talk to Venezuelans” = Talk to the wealthier, English-speaking Venezuelans with abundant free time and internet access who support a coup.

“You love Maduro” = I don’t have an argument for your opposition to US interventionism.

“You’re just a socialist who loves socialism” = I don’t have an argument.

“Go live in Venezuela if you love socialism so much” = I don’t have an argument.

“Maduro is killing his own people” = Yeah I’m just making shit up now.

“Maduro refuses to let in aid” = I just believe whatever the TV says.

“Trump is liberating the people of Venezuela” = I just believe whatever QAnon says.

“This US regime change intervention will be different” = I have replaced my brain with shaving cream.

Caitlin Johnstone has again ‘hit the nail on the head’.

It is high time that ‘US exceptionalism’ is cremated and the ashes flushed into the sewers.

It is time for the good people of the US to rid their government and institutions of the insanity of Neo Liberalism and Neo Conservatism et al. Such quasi religious cults are designed to enrich the few and enslave the majority.

USA NATO plan of sabotaging power grids in Venezuela failed.Guiado coup has failed.USA media and intelligence information to the President was lies and has failed.bolton and Pompeo expose with evil agenda.Sabotaging Trump ideas of making America great. 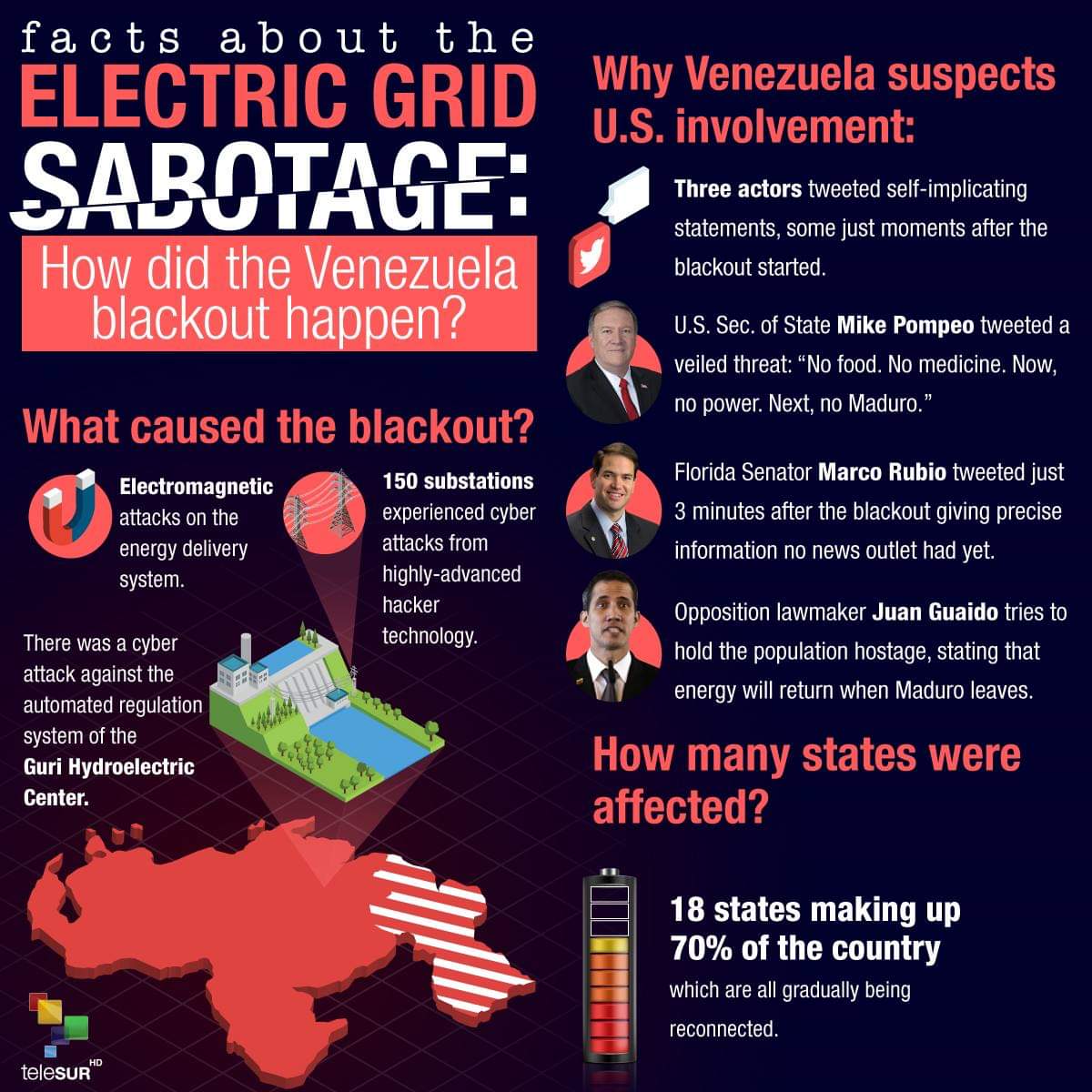 Caitlin does it again.

Key words these corporate Manipulation Propaganda Media outlets use to manufacture consent and discredit their targets need to have the same rhetorical words spewed back at the morons promoting this crap. Like when they refer to an institution or government as a “regime” or a military installation or building as a “compound” to produce a negative narrative for their target.