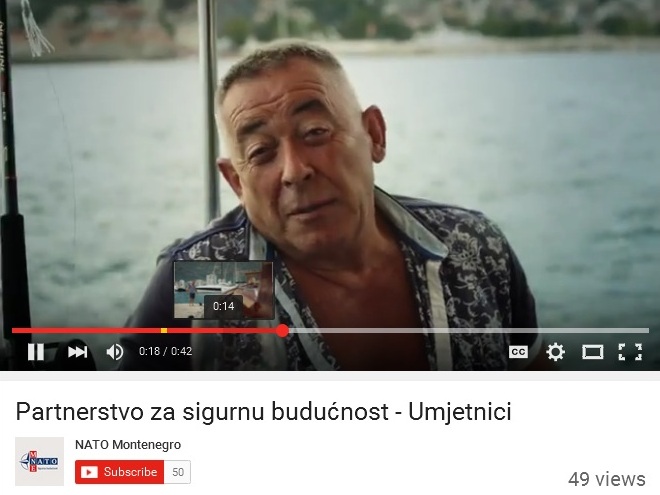 This article originally appeared at IN4S, translated by Slavko Kovačević exclusively for SouthFront

The powerful propaganda machine heats up trying to increase the percentage of supporters for Montenegrin entrance to NATO. Allowed and disallowed means are being used in this campaign, the latest example being a deception perpetrated by actor Mima Karadžić, author of the TV series “Budva, on the sea foam.”

Karadžić appeared in an advertisement for NATO, which per se would not be disputed if fraud had not been involved.

After they sailed and filming started, with the help of a drone they realised this was not about the TV series, but the actor was instead filming NATO propaganda.

“We are outraged by the act of mister Karadžić, and we fear the appearance of the ship in a NATO advertisement will reflect badly on our business, because almost 99% of the guests on the ship, which are our main source of profit, are in fact Russian tourists. And we are against NATO, which makes the fact that our ship is in this advert even harder. We demand from mister Karadžić that our ship does not appear in the advert, because we did not approve that. Especially when bearing in mind that we were defrauded,” says Jelušić.

We remind that Budvans are also pretty much outraged and surprised with the appearance of Krsto Niklanović, owner of the restaurant Jadran, in one of the advertisements for NATO. Some of them are so outraged the least they will do will be to boycott the named restaurant which they gladly visited in the past. It is yet to be seen how Russian tourists, who make the largest percentage of the guests of the restaurant, are going to react.