One of the sponsors of Kosovo’s independence has made it their task to obstruct any interests of Serbia in Kosovo and Metohija, as well as in Serbia. If the court comes to a conclusion that this is opposite to the constitution of Kosovo, then the agreement will have no meaning. 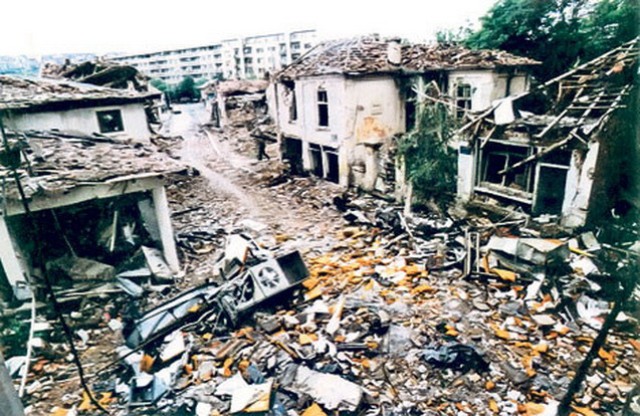 The decision of the Constitutional court of Kosovo to temporarily suspend the Brussels agreement with Serbia regarding the Association of Serbian municipalities has no legal answer. It is not possible in the boundaries of the law and it should be decided on the political field, says the professor of law in Pristina and the former member of the negotiation team of Serbia Dusan Celic.

He claims that, taking in to consideration that Kosovo in a temporary creation, and his legal institutions, conditionally speaking, the legal system is based on political, and not legal premises.

‘’I think that politics stand behind this game with the constitutional court. And not only internal politics, but external as well. One of the sponsors of their independence is trying to obstruct all the interest of Serbia regarding Kosovo and Metohija set by the Brussels agreement.’’, explains professor Celic adding that formal legal Kosovo can assess the Brussels agreement and the agreement of ASM (Association of Serbian municipalities) because it considers them an ‘’international’’ agreement.

He however, highlights the timing that is chosen for this decision, which, he says, happened after a sting of external political events, one of which was the signing of the SSP.

‘’The second counterparty (EU) which signed the SSP with the territories of Kosovo knew that Kosovo’s president started this initiative, but still continued with the signing. Legally speaking, of course the agreement could not be signed regarding the territory under the jurisdiction of the UN and the resolution 1244’’, he explains.

Celic repeats that he is deeply confident that this temporary measure of the Court of Kosovo, that is is effect since the 12. of January, has been decided based on the constitutions with those that stand behind the Brussels agreement, and by that he refers to some countries of the European Union and the USA.

He claims that this agreement which is, in his opinion, unfavorable for Serbia because it cedes sovereignty over the secessionist creation is, by someone, being treated like a dining table for Pristina. In other words, it lets Pristina chose what is considers right, and rejects what does not.

The minister of return and society in Kosovo’s government Dalibor Jevtic stated that the suspension of the ASM agreement by the Constitutional court of Kosovo is an attempt by the Albanians to postpone its implementation and that would, he claims, badly influence the return of the Serbs.

The Office director for Kosovo and Metohija Marko Curic said that Belgrade will continue to work on the line of Statute of the ASM without the one sided decisions of Pristina, and that Belgrade expects that the EU will put pressure on Pristina to put the Brussels agreement in to use.

On the other side, the president of the European parliament Urlike Lunacek spoke out and said that if the Constitutional court decides that the agreement is opposite to Kosovo’s constitution – the agreement should be changed.

A jurist form Kosovo, Azem Valsi, claims for Sputnik that it is all build upon the procedure and the laws of Kosovo and that he personally does not see where the problem is. He says that it is all a question of law, because it could be expected if the president of Kosovo asked for an assessment of the court regarding this question, then it is expected that the opinion of that body should be taken in consideration.

‘’It is a temporary, so called, defensive measure, that there cannot be any operational actions regarding this question, until the Constitutional court decides on the subject it was given. If the court decides it is opposite to the Constitution of Kosovo, then that means that the agreement won’t be accepted’’, says Vlasi.

The Government however did not give a specific answer if it is possible to suspend half of the agreement, repeating that the final decision rests on the Constitutional court of Kosovo. He says that it would be a different subject if the negotiations in Brussels continue to work on other issues. The only thing certain is that there will be no talk of the ASM until the court comes out with a final decision.