A documentary screening of Andrei Nekrasov’s investigation comes to a halt due to behind-the-scenes schemes of an American billionaire. 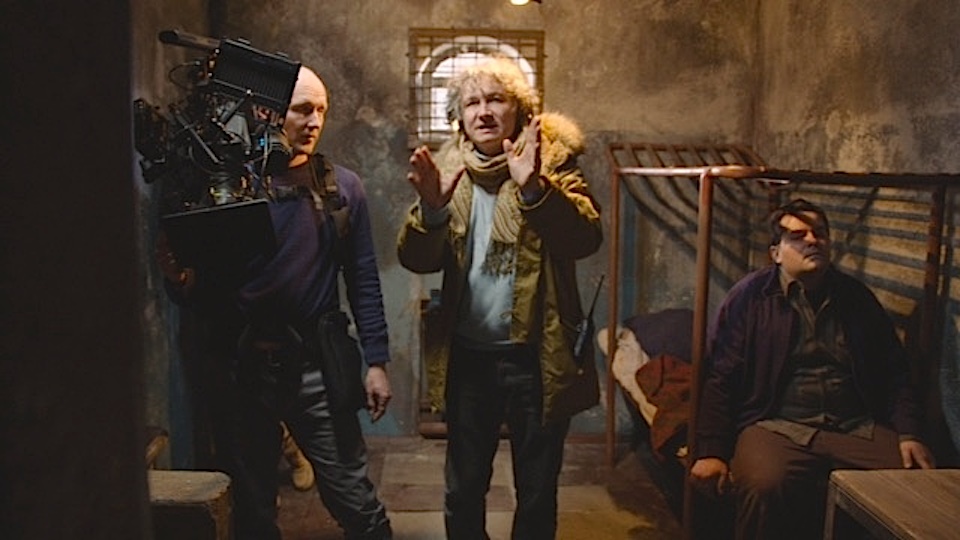 Nekrasov (c) in a scene from his new film (Photo: greens-efa.eu)

Seems like the world has turned upside down. After decades of living under the conditions of censorship, Russia has generated an unprecedented desire for freedom. Europe, by contrast, is increasingly resorting to banning facts that are inconvenient for her. Myths that benefit politicians of the Old World are claimed as truth, while all the rest is, for example, Russian “propaganda”. On this basis the obstacles to Mass Media activities are being fixed, while access to individual documentaries is being cut off from the viewer. One of these types of works is a film “the Magnitsky Act – behind the scenes”, made by a Russian director Andrei Nekrasov, which is dedicated to a famous story about tax evasion, which later becomes the reason for the adoption of the American law with the same name.

Another screening of Nekrasov’s film was to be held today, on May 27th as one of the short films at a festival in Grimstad, Norway [SF editor: It wasn’t screened]. Whether it will happen or not is not yet clear. The fact is that the film’s authors now have a powerful opponent, an American billionaire and CEO of Hermitage Capital – William Browder, an author of the Sergei Magnitsky myth and his self-proclaimed political executor. Unhappy with Nekrasov’s investigation, in which a version of an innocent businessman is being refuted, Browder launched an opposition campaign. He is not hesitating to use a whole arsenal of tools for this: direct political pressure, defender assaults and prosecution. A Norwegian publication Dagbladet writes about this. 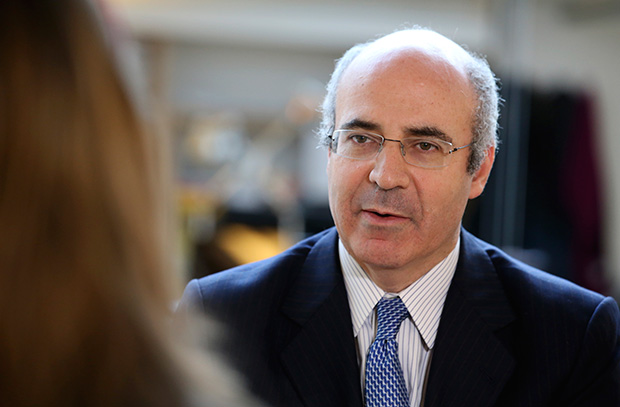 According to the publication, for the sake of counteracting the film’s circulation Browden held separate meetings with the Storting parliament members – Ingerd Skou from the “Høyre” Party and Morten Wold from the Progress Party. Both of them are also members of the Storting delegation in PACE, and this means they have European-scale influence. Moreover, Browder met with the leader of the Norwegian Party Venstre, Trine Skei Grande. In respect to Nekrasov’s film the policy is set to be very critical, calling it propaganda. “Everyone knows that Russia is a master at conducting such campaigns”, a publication quotes her words. It turns out she has not seen the film itself but believes in Browder’s version.

In addition to politicians’ support, Browder – an American with a British passport, enlisted the sympathy of human rights activists. The Norwegian Helsinki Committee is entirely on his side. A corresponding meeting took place during the visit of this country’s businessman.

A sacrifice is required for human rights activists to exist. Magnitsky is the suitable candidate. Death in a Russian prison makes him a desirable target to human rights fanatics. In case this resource is not enough, Browder prepared a court appeal. “I have hired Norwegian attorneys. They have been ordered to take up the case”, he explained to Dagbladet. Browder wants to sue not only the film director but also the film festival in Grimstad, if he did not remove the film from screening.

Right now, the festival organizers are resisting. According to the Executive Director Anita Svingen, they will refuse the showing of Nekrasov investigation only if the creators themselves will withdraw the film for legal reasons. Despite Browder’s threats to sue the festival, its organizers invited him to a discussion that will take place after the viewing. They recalled that it was a Norwegian company that created the film, which guarantees him a sufficient level of confidence.

It should be noted that funding for Nekrasov’s work is also European. The film received millions of krones from the Nordic Film and TV Fond, the Norwegian Film Institute (NFI), Norsk Film Institute and the Foundation Fritt Ord (“Free Word”). If those politicians who oppose the showing are outraged by this circumstance, then the Representative of NFI Mette Taraldsen reasonably noted that the very “form and task of documentaries is to raise critical questions and to cover the case from different angles”. At the same time he also reminded that Andrei Nekrasov is one of the most experienced documentarians, and it makes no sense not to trust him. 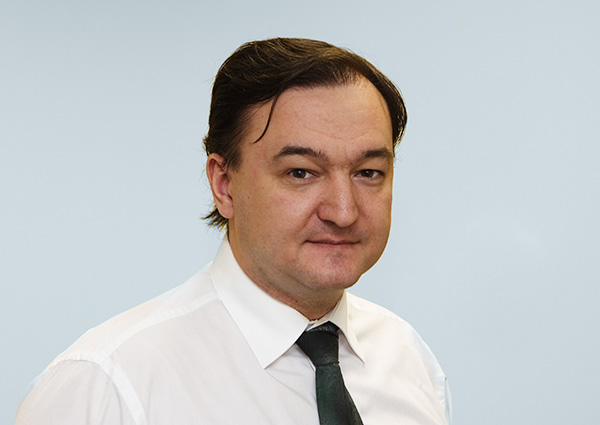 Europe is afraid of free speech?

In fact, the Russian director is considered one of the masters in European documentary films. A partnership with Andrei Tarkovsky, training in Bristol and work on the British television network allowed him to sustain a professional status. His work has received numerous awards, including one at the Cannes Film Festival. An important factor in Nekrasov’s reputation is that he is the current Russian president’s enemy. Accusations that he “sold out” to the Kremlin obviously have no ground to stand on. “I used to make films that were quite critical of Putin, and such allegations hurt me deeply”, he said. 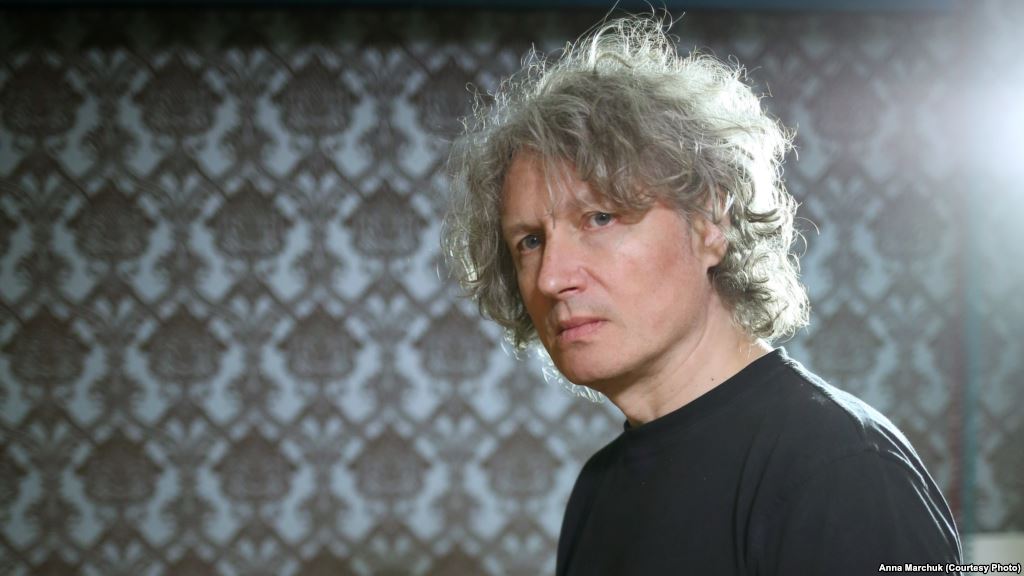 When Nekrasov first began shooting the film, he implicitly believed in Browder’s version. After all, all the major Western media consistently wrote and spoke about it with one voice. The adaptation of the story “about the conspiracy of Russian policemen killing the fighter of Magnitsky corruption” was assumed. It was only during the process of filming, when the director was introduced to the documents that he realized he was filming a lie. The version of the story that Browder circulated has little to do with reality, but rather serves the businessman’s personal interests. This explains the powerful complex program to counter the film’s showing and threats with multi-million dollar lawsuits to anyone involved in its spread. It’s just that Browder’s pride was hurt.

The first documents Nekrasov learned of were from Browder’s famous site “the Untouchables”, where Magnitsky exposes the corruption of investigators Karpov and Kuznetsov. As it turns out, there was no exposure. “There was an interrogation, and there was protocol, which shows that Magnitsky is in the midst of a heavy defensive struggle with the investigation. And he is not blaming any MIA officers, and doesn’t even mention them”, writes Nekrasov in his blog on the website “Echo of Moscow”. “Since then (Fall of 2014) my “based on a true story” film began ripping at the seams. Each day I was more certain that it was based on a lie”.

As a result, the director developed his own version of events that was built as a result of personally studying all sources. According to Nekrasov, Magnitsky was not an auditor but an accountant who was arrested for tax fraud. He died in prison not because of beatings or other illegal pressures but as a result of a fatal deterioration of health caused by being confined. Browder, as a political attack on Russia used his tragic death in retaliation for his expulsion from the country in 2005 and termination of business. And this is how his interests coincided the U.S. foreign policy objectives: it is how the “Magnitsky Act” was born, the effect of which has recently spread globally. The main thing that Nekrasov understood was that Magnitsky was not murdered and has not pressed charges against the investigators.

It is not surprising that Browder was so ready to actively oppose the showing of Nekrasov’s film. Forces all too powerful are drawn into the story. The previous film showing in the European Parliament that was scheduled for April 27th, and it too met resistance and was cancelled. The organizers received a letter with threats from Browder and were unable to withstand pressure. A member of the European Parliament Heidi Hautala particularly mentioned this. She called the pressure “sudden and strong”. The fact that the premier of this film was so easily removed from a scheduled screening in the European Parliament shows that the right to the freedom of speech is offered only to one side”, said the film’s screening organizer Natalia Veselnitskaya.
A near future will show how another attack of this unscrupulous billionaire will end. Nekrasov himself seems to hope for the best, and that the Europeans will still see his honest investigation and will draw conclusions. “An ‘Oscar’ is not necessary. But we will see the idols fall”, said the director.

Mr. Browder seems to be a Padre in the Khazarian Mafia.

So CEO of Hermitage Capital – William Browder, is Jewish lol. Is anyone else out there starting to see the whole picture on who the enemy is at every turn? Not only that, their family is American-Communist haha. https://en.wikipedia.org/wiki/Bill_Browder

WIKIPEDIA entry below: “Bill Browder is the grandson of Earl Browder, the former leader of the Communist Party USA,[2] and the son of Felix Browder, the mathematician. He grew up in Chicago, Illinois, and attended the University of Chicago where he studied economics. He received an MBA from Stanford Business School[3] in 1989 where his classmates included Gary Kremen and Rich Kelley. In 1998, Browder gave up his US citizenship and became a British citizen.[4] Prior to setting up Hermitage, Browder worked in the Eastern European practice of the Boston Consulting Group[5] in London and managed the Russian proprietary investments desk at Salomon Brothers.[6]”

http://rense.com/general83/schem.htm Now can anyone guess at the ethnicities of these powerful people below?…

I managed to see the film. People are getting around Browder’s censorship.