For the first time the Royal Air Force has bombarded positions of the terrorist militia “IS” in Syria. Parliament had previously with a clear majority approved to extend the combat operations in the civil war country. 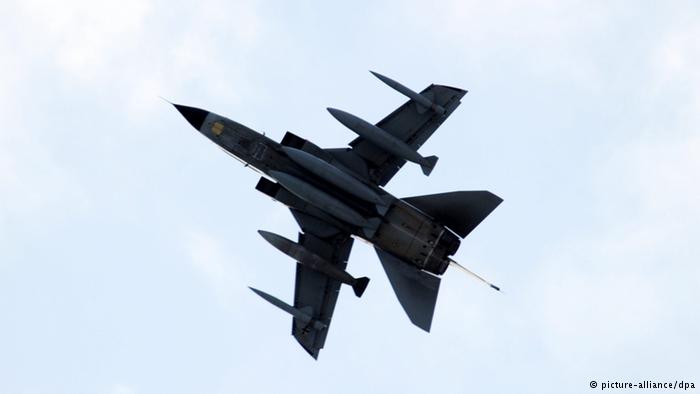 After a night time vote in the British House of Commons four “Tornado”-Jets took off from an air base in Cyprus. At their first combat mission in Syria, the British bombed oil wells of the so-called “Islamic State” (IS).

With this we have dealt a “real blow,” to the financing of the organization said Defense Minister Michael Fallon the BBC. He had an attack of the “Tornado” -Jets to Omar oil field in the East of Civil War country personally authorized. “This will be not a quick thing,” Fallon said. From the air can be done a lot against the “IS”.

After a heated debate, Parliament had given its approval with a vote late Wednesday night with 397 to 223 for the expansion of the British military operation from Iraq to Syria, against the so-called “Islamic State” (IS). With this the House had followed the plans of the conservative government of Prime Minister David Cameron. “It is the right decision for the security of the United Kingdom,” Cameron announced after the vote. Foreign Minister Philip Hammond told the BBC, though military strikes alone could not defeat the terrorists. But the country has become more secure by the decision.

MPs from the opposition Labour party were disappointed. Their party leader Jeremy Corbyn is a convinced pacifist and against the expansion of the military operation, but allowed the party member to freely vote. As a result more than 60 Labour MPs voted with the Conservatives and against the line of their party leader, including shadow secretary of state Hilary Benn.
Cameron had campaigned for the extension of the combat operations since several months, but it was only after the attacks of Paris that a clear majority of MEPs changed sides.

UK part of the international coalition

Critics on the other hand do not believe that British bombs will make a decisive difference. They fear a lack of ground troops and a sustainable strategy. Protesters on the square in front of the Westminster parliament acknowledged the decision of the deputies at night with yelling and catcall.

The United States urged NATO partners on Wednesday to participate even more in the fight against “IS”. British aircraft had previously flown attacks on positions of the extremists in Iraq. In Syria, the British so far helped in the air monitoring and the refueling of fighter aircrafts. France is flying there already airstrikes. The German Bundeswehr will send “Tornado” aircraft for reconnaissance; also a tanker aircraft and a frigate will join the anti-IS-operation. The terrorist militia controls large areas in Syria and in neighboring Iraq.