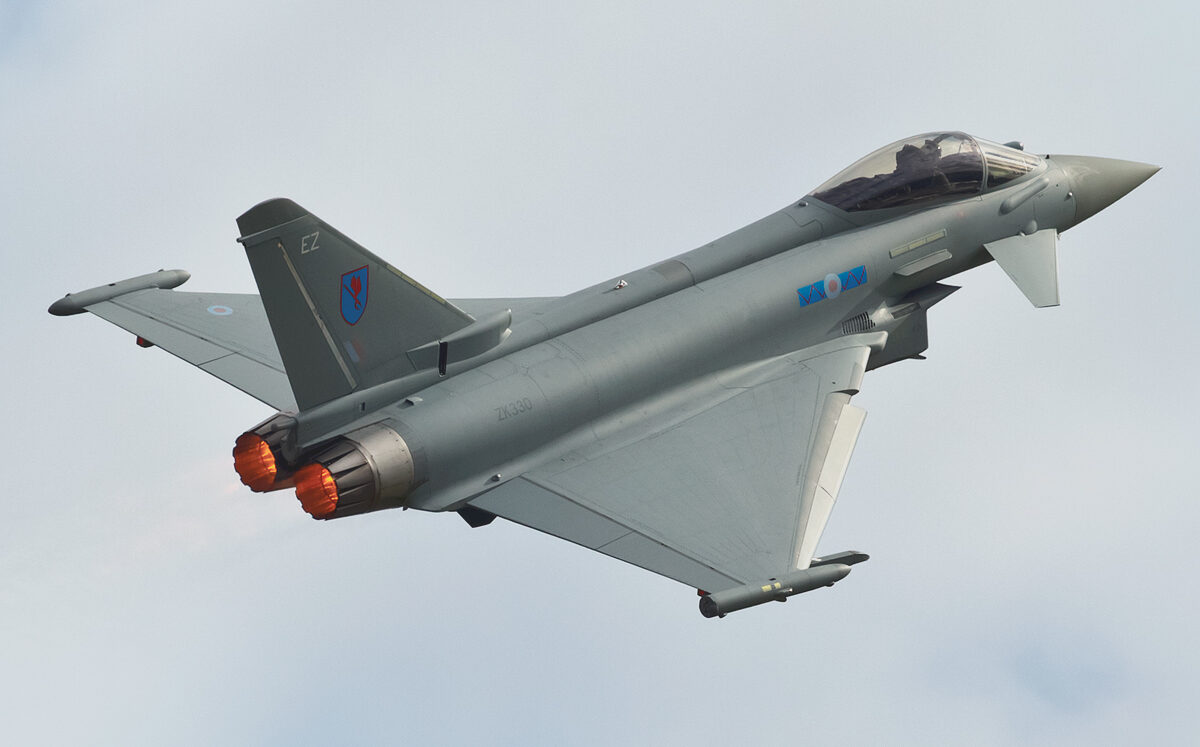 On December 16, the Ministry of Defense of the United Kingdom revealed that the drone intercepted recently near the US-led coalition al-Tanf garrison in southeastern Syria was shot down by a Typhoon fighter jet of the Royal Air Force (RAF)

The small drone was one of two which approached the tightly-guarded garrison on December 14. The other drone turned back and left the area.

According to the UK MoD, RAF Typhoons conducting routine patrols in the area were tasked to investigate the threat. One of the fighter jets shot down the drone with an Advanced Short Range Air to Air Missile (ASRAAM).

This was the first operational air-to-air engagement conducted by an RAF Typhoon and also the first RAF air-to-air missile firing during Operation SHADER, the UK’s contribution to the Global Coalition against Daesh.

“This strike is an impressive demonstration of the RAF’s ability to take out hostile targets in the air which pose a threat to our forces,” Defence Secretary Ben Wallace said. “We continue to do everything we can alongside our Coalition partners to stamp out the terrorist threat and protect our personnel and our partners.”

Some 200 US are usually deployed at al-Tanf garrison that was established in 2016. The US-led coalition maintains a 55 kilometers no-fly, no-drive zone around the garrison.

On October 20, al-Tanf came under attack. The garrison was targeted with five suicide drones and indirect fire. The attack resulted in some serious material damage. However, there were no casualties.

The UK is apparently working to intensify its aerial operations over Syria in the framework of the US-led coalition. In October, a British drone strike on the country’s northeastern region claimed the life of an ISIS commander. The strike was likely the UK’s first combat action in the region since the collapse of ISIS last stronghold there more than two years ago.

Zowie! Only the RAF could impress themselves shooting down a drone.

Perhaps more drones should be sent to harrass Al Tanf and waste the cost of fighter-jet deployment? Give them a taste of their own medicine.

Vladimir….Satans human sphincters are going to push you until you are completely unable to mount a defense. I recommend a Judo move…..something really unexpected. A bully only understands one particular language.