The Secret Intelligence Service (SIS) seeks to attract more women and ethnic minorities to reflect all diversity of the UK population. 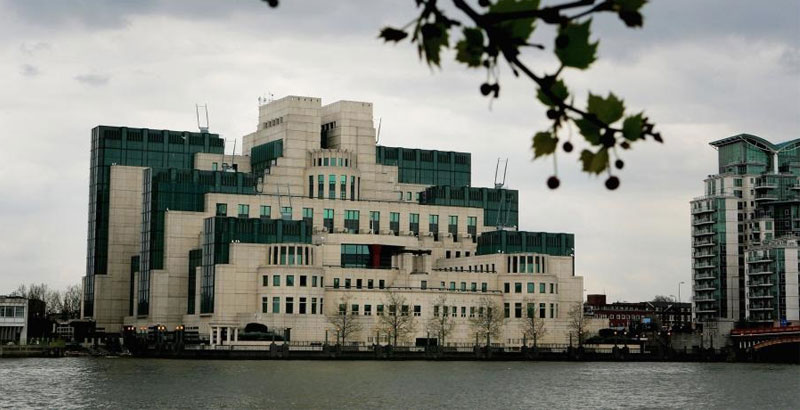 The Secret Intelligence Service (SIS) of the UK, commonly known as MI6 (Military Intelligence, Section 6), is going to increase its staff by nearly 1,000 people to confront the threats, posed by the Islamic State (IS) terrorist group.

According to The Times newspaper, MI6 staff expansion will take place in the framework of a plan to increase the number of employees of the British special services, including MI6, MI5 (Military Intelligence, Section 5) and GCHQ (the Government Communications Headquarters) by the beginning of 2020.

It is supposed that by the end of the decade the number of employees of the British foreign intelligence service will be increased up to 3,500 people. This increase is similar to the expansion of MI5 after a terrorist attacks in London on 7th July 2005.

This measure is necessary in order to have time to process huge volumes of digital data, used by the secret services to determine intermediaries and threats. The main task of the analysts will be determination of ‘digital fingerprints’, by which it is possible to keep track of users of Internet, mobile phones and computers.

According to the newspaper, chiefs of the secret services seek to attract more women and ethnic minorities to get rid of its ‘white male image’ and to reflect all diversity of population of the UK.

Earlier, the UK government declared its readiness to allocate £2.5 million for protection of churches from terrorists. This money will be spent on installation of surveillance cameras, control systems for locking doors, alarm notification, and signaling.

Yeah, hire women and minorities into the intelligence service. What could go wrong?

They already are and has been in it since before stoneage. Check Your facts. There might be others to re-do.

To fight WITH ISIS or to HELP ISIS would be more correct. ISIS is a tool of NATO countries, specifically the U.S., but the British are U.S. poodles and will help as much as they can with the U.S. agenda.

Do You believe that Yourselv. Dummest comment of the day. You might win a sandbag from syria. Well the day is not over yeat.

Learn correct English grammar and how to spell, and then maybe you can write coherent sentences.

They could save a lot of money and lives by recalling their support for ISIS and affiliates. More than likely the spies are to infiltrate the SAA and allies. A British spy has as much chance infiltrating ISIS as a snowball in hell.

No need for spyis in Syria.

The 1,000 NEW SPIES are to bring about the Mark of the Beast and the height of the Jewish economic and social empire. Mi6 works for Lucifer, and no one else. The Queen is possessed, and married to the Rothschild Prince Philip.

Might need som jewish yourself. The level is like flying in tunnels and dark not being a bat.