Dhar traveled to Syria in September 2014 despite being on UK police bail and having been arrested on six occasions. In September 2014 when he was 31 years old he was arrested together with eight other men as part of an investigation into alleged support of the banned extremist group al-Muhajiroun. 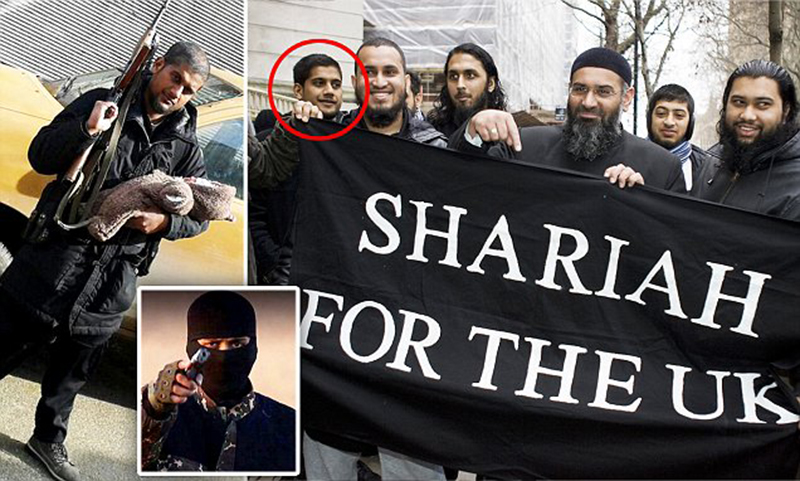 Before he left he also told his sister Konika to simply “focus on the hearafter and not to worry. And that he is ready to die for ISIS in Syria.

His sister said that ever since he declined into radical Islam she had difficulties to deal with him, calling him a “snake”.
She told Sunday Times that she would rather see him rehabilitated in British prison than dead on the Syrian battlefield.

On regular occasions Dhar held media interviews, promoting ISIS and supporting their actions in Iraq and Syria. Weeks later after he already left the UK, police wrote him asking him to call becuae he did not surrendered his passport.

Reportedly Siddhartha Dhar was approached on numerous occasions by the British intelligence officers from MI5 and offered the chance to work as a double agent. According to Sunday Times he was told that he would most likely be imprisoned or die.

His response to the job offer in September remains unclear but shortly after he was arrested, Dhar skipped police bail and fled to Syria with his family.

The revelations come amid widespread speculation that Siddhartha Dhar is the masked executor, a.k.a. Jihadi Sid, who is featured in a graphic new ISIS video last week.

The British Daily Express states that ‘Jihadi Sid’ used the cash of British taxpayers to fund his trip to join the sick Islamic State.

The suspected terrorist taunted authorities by posting a photo online in which he held his baby son and a rifle, captioned: “What a shoddy security system Britain must have.”

Pursuing their Own Tails