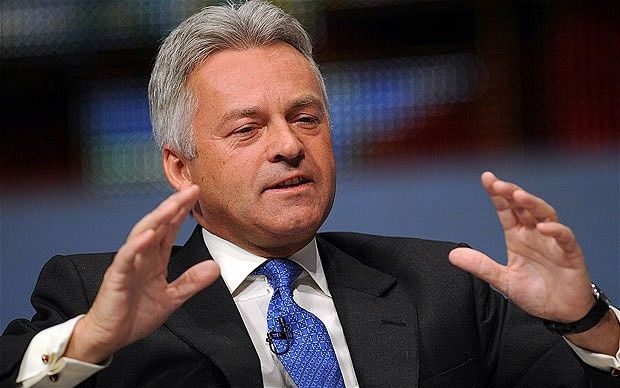 On December 12th, a debate took place in the British House of Commons regarding the Institute of Statecraft (IfS) and its greatest offspring: Integrity Initiative (II).

Shadow Foreign Secretary Emily Thornberry asked the Secretary of State for Foreign and Commonwealth Affairs Alan Duncan to make a statement on his Department’s funding of the Institute for Statecraft’s integrity initiative.

Duncan’s response was as if copied from the IfS and II website.

“The Institute for Statecraft is an independent UK-based charity whose work seeks to improve governance and enhance national security. It runs a project called the integrity initiative, which is working to counter disinformation overseas by bringing together groups of experts to analyze and discuss the problem posed by Russian disinformation.”

Furthermore, if he were to be given the benefit of the doubt, because he maybe did not know the II was targeting Jeremy Corbyn, the Labour leader, but he said the following:

“The Government are funding this initiative with nearly £2 million this financial year. That funding covers its activity outside the UK, and it does not fund any activity within the UK; nor does it fund the management of the integrity initiative’s social media account. Recent reports that Foreign Office funding has been used to support party political activity in the UK are therefore wholly untrue.”

Thornberry than emphasized that she has no interesting in debating the II’s efforts against “he very real threat of interference in western democracies and the spread of disinformation by the Russian state.”

She, however, wished to debate Prime Minister Theresa May’s statement regarding the fact that it “is a cardinal rule of public life in our country that official resources should not be used for political purposes.”

And furthermore that there was no doubt that the publicly funded II broke that rule repeatedly “by using its Twitter accounts to disseminate articles attacking the integrity of Conservative and Labour officials, of Conservative peers and, repeatedly, of the Leader of Her Majesty’s Opposition.”

Thus, the questions that were asked, in fact, were:

“First, were Foreign Office officials monitoring the integrity initiative’s social media output, given that it was an integral part of the activity for which it was being funded? If so, why did they not flag up concerns to him about the dissemination of personal attacks? If not, why was this misuse of public funds going unchecked?”

“Secondly, does the funding agreement governing the integrity initiative make clear that its use of funds and its public statements must comply with Cabinet Office rules?”

“Finally, if the Government intend to renew that funding for the next financial year, what arrangements and agreements will be put in place to ensure that nothing of this sort ever happens again?”

Alan Duncan’s answer entirely blamed alleged Russian influence and the hacking of the IfS by members of the Anonymous.

Thus, actually the smear campaign against Jeremy Corbyn and others from the Labour, would not have surfaced and wouldn’t have been an issue if it weren’t for the pesky Russian propaganda.

He further emphasized that any funding the IfS and II receive is not used for any domestic activity in the UK. And any further claims by Thornberry that the Foreign Office funding was used for internal operations by the II would be accusations towards Alan Duncan and would be a breach of the forms of the House. Then, it appears that any internal activity of the IfS and the II is actually done on their employees’ free time and off budget. How likely that is, is unclear.

He furthermore, following his interview on Radio 4 that he would “look into” the IfS funding straight away.

“I have established the facts and I am satisfied that our money does not go towards funding any kind of UK domestic activity,” Duncan said.

At which Angela Rayner, Shadow Secretary of State for Education exclaimed “Rubbish!”

To which Duncan asked the Speaker to warn Rayner to “her words carefully before she bellows untruths at me across the House.”

Then, Stephen Gethins, Shadow SNP Spokesperson said that organizations funded by the Foreign Office do extraordinary work. However, that the “most powerful tool against any Russian misinformation is respect for the rule of law, the democratic process and, critically, transparency; we owe that to those working in these organizations.”

Later on, Hilary Benn, Chair of the Committee on Exiting the EU asked whether the hacking of the Ifs also extended to the Twitter account of the II, which would explain the targeting of Corbyn and the Labour.

Duncan responded that he had no knowledge of whether that were true. Instantly changing the subject, once more, to the information that was revealed that wasn’t public, and that it is being used by Russian propaganda.

“The Russians are engaged in hybrid cyber-warfare against our country and many others. We seem to play by different rules from theirs. What are we doing to counter the nefarious activities of the Russian propaganda channel RT and of Sputnik?” Grapes asked.

To which Duncan claimed the UK’s cyber security works by the rules. And that might be putting the UK at a disadvantage.

Julian Knight Conservative, Solihull then took the word and praised the cyber security efforts that the UK has been undertaking. Furthermore, praised the IfS and asked if whether efforts should be increased and that the IfS should even receive more funding.

Since, “the reality is that Russian disinformation is a danger to our democracy and our very way of life? We should not fall into Russian traps and aid the sort of paranoia that we have seen in the coverage of this matter,” Knight said.

The debate continues with claiming that the IfS and II simply “forward from already open website articles anything that happens to mention Russia.” And the funds are only used for that.

Thus, the entire debate was turned into a praising of the IfS and the Integrity Initiative, since Russia’s influence ‘does not rest’, and it must be combatted at any and all times.

Check out the MPs in Westminster who are ‘Common Purpose’ members, all parties. Then check out the Bell Brothers, both Timothy and David. Where they come from, who they have served, plus, their involvement in ‘The Greater Israel Projects’, together with their support, promotion of all the wars Nato have been involved with, since the 90s (at least).

Where does Alan Duncan’s loyalties lie? Not with the electorate.

Tory MP Takes Job Connected To Firm He Helped Broker $1 Billion Oil Deal For In Government Alan Duncan is earning £8,000 a month for the role, according to the latest Register of Members’ Interests… … In the latest Register of Member’s Interests, Duncan has declared a salary of £8,000 a month in the role “for an expected annual commitment of about 156 hours, comprising three weekend board meetings each involving around 52 hours’ work including preparation and travel”.

The majority shareholder of Fujairah is a company called Vitol. In 2011, Duncan, then minister of state for international development, helped in negotiations involving the company and a group of Foreign Office officials – the “Libya Oil Cell” – who were trying to control the flow of oil into and out of the country.

The deal allowed the company to work with Libyan rebels: It enabled Vitol to take petrol and gas into Benghazi and bring out crude oil. This arrangement was said to be crucial in toppling former dictator Muammar al-Qaddafi, as it helped enforce sanctions against him while allowing the rebels to get supplies…

…However, there was criticism from an opposition MP who accused him of a conflict of interest after it was revealed that the owner of Vitol, Ian Taylor, had given at least £200,000 to the Conservative party.’ https://www.buzzfeed.com/alanwhite/tory-mp-takes-job-connected-to-firm-he-helped-broker-1-billi

Here is a noteworthy example of another case where the insidious nature of Common Purpose is being seen as imposing undue influence, interest and control upon society, upon Government, and therefore upon every one of us.

Bell-Pottinger is accused of ethical misbehaviour and having undue power, including leading behavioural change. .. http://www.stopcp.com/cpbellpottinger.php

WHO’S WHO OF COMMON PURPOSE

The following self-serving clique of sycophants, criminals and fraudsters have close connections with Common Purpose and are communitarian-compliant.

Many thanks to Max Farquar for this excellent blog post.

I should be shocked but I am not :) The current UK gang of MP’s from all parties are largely venal and self interested scum who need to be culled. I suppose it has always been so , however we seem to be in a particularly dire situation today.

“Independent” my ass. The government gives you 2 million quid and then asks us to believe that the organisation is “independent”. They really think we are unbelievably stupid. Why don’t we define NGOs and independent organisations. Government funding should never exceed 0.1%, and exclusive access to high Gvt officials is not allowed. How about it?