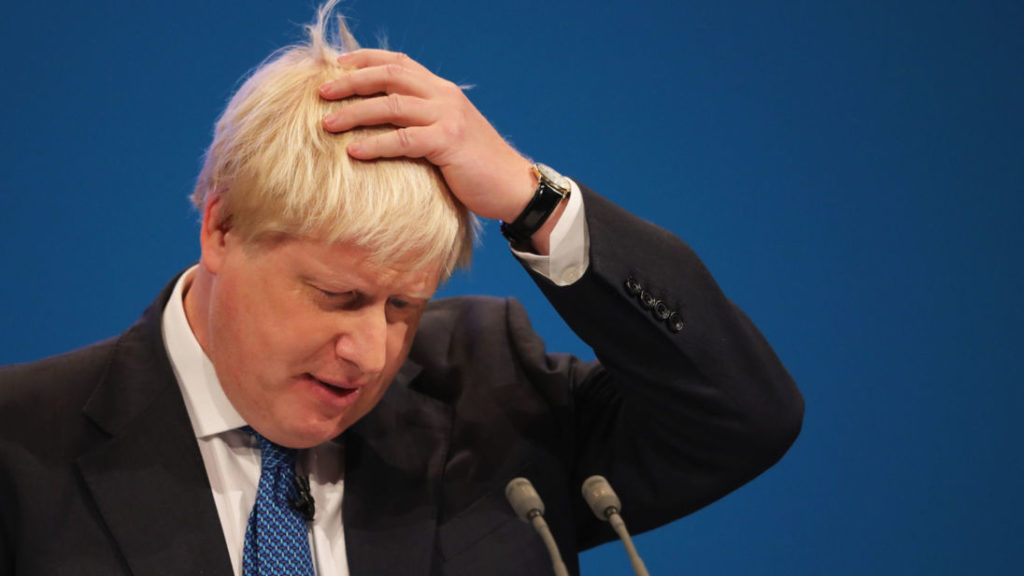 British Foreign Minister Boris Johnson has come under fire for saying that the Libyan city of Sirte could be a tourist site should it clear the dead bodies.

Johnson spiked a controversy on October 3 at the Conservative conference and provoked calls for his resignation after saying that the war-torn Libyan city of Sirte had only to “clear the dead bodies away” to become a world-class tourist destination like Dubai.

“They literally have a brilliant vision to turn Sirte, with the help of the municipality of Sirte, to turn it into the next Dubai. The only thing they’ve got to do is clear the dead bodies away and then they’ll be there,” he said.

Johnson has visited Libya twice and last month held a conference on the country’s political future attended by US secretary of state Rex Tillerson.

Sirte, the major ISIS stronghold outside Iraq and Syria, fell to the terrorists in February 2015.  It was recaptured through the second half of 2016 with the help of US airstrikes and forces loyal to the UN backed government based in Tripoli. The Libyan government has been struggling for months to clear elaborately laid IEDs across the city left by Isis during the near-year-long siege of the city by Libyan government forces.

Johnson’s gaffe has provoked strong backlash, with some describing his comments as unacceptable and some others calling for his resignation.

“For Boris Johnson to treat those deaths as a joke — a mere inconvenience before UK business people can turn the city into a beach resort — is unbelievably crass, callous and cruel,” said the shadow foreign secretary, Emily Thornberry.

Normally I’d love to see BoJo the Clown be sacked, but if that pleases Corbin and his SJW cronies then it pleases me even more to see him stay. It’s not like it would matter one damn bit in British foreign policy. Before he became foreign secretary BoJo was quite critical of UK policy to get rid of Assad and oppose Putin. Then he became foreign secretary and changed position instantly. So clearly the job involves doing what you’re told.

Barba_Papa The Khazars control the Foreign Policy of the countries they control which includes, the US, UK, France, Canada, Australia, NZ, and the EU.

Solomon Krupacek Looks just like many towns and cities in Syria.

BoZo Johnson is both a Turk and Khazar by ancestry. Stupidity is the trademark of both those nations.

Johnpd And we the Gentiles (majority of the people in US, UK, France, etc) willingly allow it.

Our politicians have been bought off, bribed or blackmailed. They represent themselves & the Banksters, not their constituents. http://www.mirror.co.uk/news/uk-news/kick-bankers-man-remembrancer-out-1874811

Don’t trust anyone who has been exposed to the parasitic Rex Tillerson.

The problem is that these people don’t really finish normal schools but they still managed to find a way to occupy high offices. So what do you expect from them?

Maybe if the Zionists didn’t get involved in destroying Libya.

More
Reply to  Assad Did Nothing Wrong™

Its too late now.

Both Russia and China failed to veto the UNSC resolution on Libya which allowed its destruction.

The corpses the Brits along with the French and the Americans left behind after sestroying the city and the country.