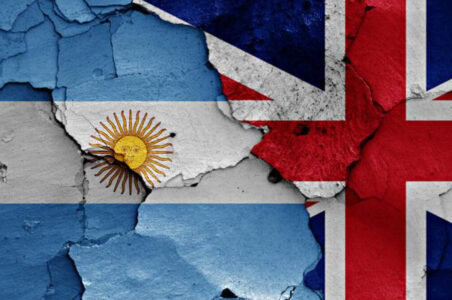 Although the British government does not want to begin talks on the Malvinas Islands issue, its position in a similar case like Chagos could force the issue wide open.

The great diplomatic victory achieved earlier this month by Mauritius over the United Kingdom to force a discussion on the decolonisation of the Chagos Archipelago could be an example for Argentina to follow in their effort to reclaim the Malvinas Islands, internationally recognised as the Falkland Islands.

Mauritius, an island country located in the Indian Ocean with just over 1.2 million inhabitants, could be the key inspiration for the Argentine claim on the Falkland Islands, occupied by the UK since 1833. On November 3, British Foreign Secretary James Cleverly announced the willingness of London to open negotiations with Mauritius to restore sovereignty over the Chagos archipelago, located some 2,000 kilometres from Mauritius in the middle of the Indian Ocean.

The dispute dates back to when the Mauritians gained independence from the British in 1968. In the 20th century, London put into effect a plan to exile the people of Chagos by not allowing them to return each time they left for medical reasons. In 1973, the UK forcibly deported all of those who had not yet left the island.

The 3,000 or so forcibly exiled Chagosans are constantly protesting the British occupation. Exiled Chagocian women in Mauritius also established the Chagos Refugee Group in 1983. The group of victims have been key in ensuring that successive Mauritian governments did not give up their calls for the UK to decolonise Chagos.

British disposition led the issue to try and be resolved through the International Court of Justice and the UN International Tribunal for the Law of the Sea. However, the case did not gain any traction in these institutions. In 2017 though, the United Nations General Assembly took up the case and asked the International Court of Justice for an advisory opinion on the Chagos situation. The verdict came two years later, when by a vote of 13 to 1, the Court found that Britain’s separation of Chagos from Mauritius was “unlawful.”

Supported by this opinion, the United Nations General Assembly took up the case again, this time to approve a resolution in May 2019. The resolution stressed that “the United Kingdom is under an obligation to bring to an end its administration of the Chagos Archipelago as rapidly as possible” and that all the disputed islands must be returned to Mauritius “within six months”.

Although the six-month timeline was obviously ignored by the British, the fact that they are now willing to negotiate over the archipelago in 2022 is the result of more than 50-years of constant lobbying. This is a phenomenal achievement for Mauritius when considering the country only has 19 embassies all around the world.

Mauritius took advantage of the difficult situation in the UK. The archipelago country knew how to take advantage of the UK’s internal problems to achieve this result, and not because their claim is necessarily strong. The UK is in political and economic chaos, with Brexit already claiming four prime ministers and contributing to a massive spike in inflation, unemployment, and debt.

The case of Chagos and the Malvinas Islands have several points in common that can serve as an example for Argentina, mainly the issue of decolonisation from the same colonial power. Argentina must mirror the actions taken by Mauritius, such as having a consistent policy that transcends which political party is in power, something Buenos Aires currently lacks.

After the announcement of the start of negotiations between the UK and Mauritius, the British authority in the Malvinas issued a statement remarking that the decision on Chagos cannot be compared with Argentina’s claims.

“The Argentine Government will likely attempt to use this decision as an opportunity to support its colonial aspirations towards our home,” the statement asserted, ending by ensuring that “there can be no dialogue on sovereignty unless the Falkland Islanders so wish.”

It is significant though that this statement does not come from London but from the de facto British authority on Malvinas. Although the British government does not want to open negotiations on the Malvinas Islands issue — already ordered in 1965 by United Nations resolution 2065, its position in a similar case like Chagos could force the issue wide open.

No, because the Chagosian people is indigenous while the Brits in Malvinas are implanted. Self determination is only applicable to the indigenous people, which were Argentinians until January 2nd 1833.