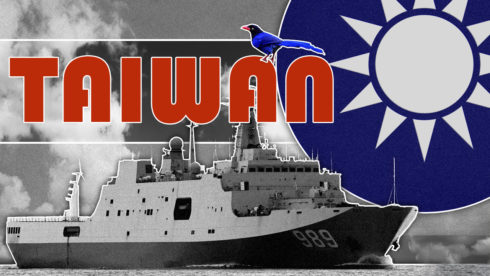 London says it is “unacceptable” for China to expel Lithuanian diplomats

British Foreign Secretary Liz Truss said China’s decision to expel Lithuanian diplomats in Beijing is “unacceptable.” On Twitter, she wrote: “Unacceptable pressure by China against Lithuanian diplomats in Beijing. Great Britain stands with Lithuania and my friend foreign minister Gabrielius Landsbergis against this coercion.” Britain, along with Lithuania, opposes, as Truss claims, “coercion,” a reference to the proposal by China’s Foreign Ministry to downgrade the Lithuanian Embassy in Beijing into an office.

Lithuania’s top diplomats in Beijing left for Vilnius on Wednesday, with the country’s foreign ministry stating that the “Charge d’affaires ad interim in China, Audra Ciapiene, returns to Vilnius for consultations.” On the same day, according to Reuters, 19 Lithuanian embassy staff and their family members left Beijing.

Landsbergis confirmed the departure of Lithuanian diplomats in a press briefing, suggesting that diplomats in China could be endangered as “uncertainty creates various possible interpretations.” He added: “I want to say very strictly that this is not the closure of the embassy.”

Although in previous months Lithuania has acted defiantly by antagonizing China when it decided to open a so-called Taiwanese representative office in Vilnius, effectively a de facto embassy, the country is now forced to operate its Beijing embassy remotely. Although consular services for Lithuanian citizens are continuing, it is to a limited capacity, and for this reason, among others, Lithuania is desperate for normality to resume despite being the one to change the status quo with China.

“Lithuania is ready to continue the dialogue with China and restore the functions of the embassy to their full extent once a mutually beneficial agreement has been reached,” the Lithuanian Foreign Ministry statement also said.

The West, including Britain, has widely expelled diplomats to put political pressure on Russia. At the same time, Britain now hypocritically accuses China of putting “unacceptable pressure” on Lithuania by expelling diplomats.

Due to the provocative decision to set up a de facto Taiwanese embassy in Vilnius, Chinese-Lithuanian relations broke down, something that Truss is evidently omitting and is thus publishing not only deceiving information, but also hypocritical statements. In this way, it is very evident that Anglo chauvinism is still alive and well in London as they obviously have the idea that they can react in anyway they want to certain events and/or situations, but yet do not tolerate independent countries like China from doing the same. This is an antiquated and a racist position that Britain continues to hold against the East Asian country as if it was still the 19th and early 20th centuries when China was so weak that it had no choice but to continually capitulate to Western demands.

When Britain, with Lithuanian support, raises questions about China’s territorial integrity but at the same time criticizes retaliatory measures aimed at restricting the activities of Lithuanian diplomats and entrepreneurs in the country, it is a classic “double standard” and is a caricature of what normal bilateral relations should not look like. The bias in London’s foreign policy towards China will continue until these countries realize that respecting and not interfering in internal affairs is a two-way affair and that the era of British imperialism and worldwide dominance is long gone and not returning, not even under the banner of a “Global Britain.”

By allowing interference in China’s relationship-building process with Lithuania in eye of the Taiwan issue, London actually supports the possibility of one or more other countries violating the “One China” principle, a policy that it supposedly respects. Clearly though, this has led to renewed tensions in China-UK relations, which are already at their lowest levels in recent years.

Britain is frustrated that it is increasingly becoming less relevant in global events. It still has the hangover of the British Empire and believes it still holds the same global power it once did, despite the rise of new powers like China. Due to its inflated self-ego and misperceptions of its power, Britain believes that it can force China to capitulate to its demands and global vision. However, London is becoming increasingly frustrated that it has not been able to pressure China, and is now thus reduced to defending minnow countries like Lithuania in a hypocritical manner when we consider the dozens of Russian diplomats expelled from Britain over the past few years.

Nobody gives a chit about braindead double digit IQ Baltic midget nazis. They are only good at sucking.