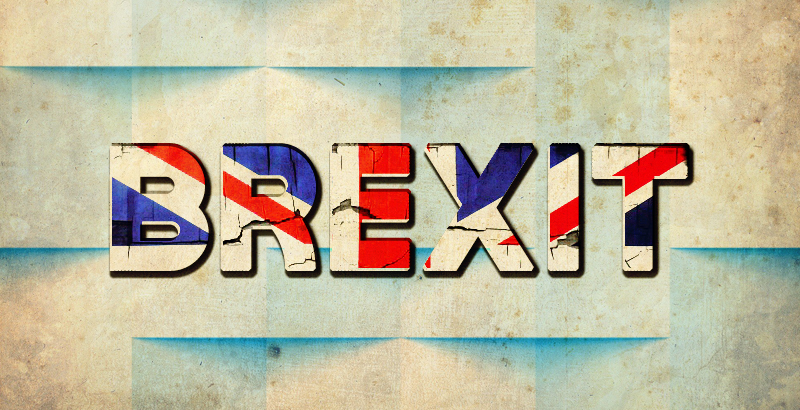 If Great Britain is removed from the common market for goods and services of the European Union, the country will lose about 4% of its GDP by 2030 in the long term. The estimated loss equals £75 billion. This means that each one of the 26 million households in the United Kingdom will lose an average of 2,900 pounds, according to the calculations of the Institute for Fiscal Studies (IFS).

The future trade relations of Great Britain with the rest of Europe are unclear. Before the referendum, some supporters for exiting the bloc suggested that the country could keep its membership in the frame of the common market as is the case with Norway, but senior European politicians made it clear that they will not accept such an agreement. The only condition for it to happen is for Great Britain to continue contributing to the budget of the EU and to provide conditions for the free movement of workers from all over Europe to England.

The signals coming from the government of Theresa May in the last weeks show that the option “Norway” is politically impossible. Her ministers are getting ready to leave the common market and are trying to activate a different kind of agreement for free trade with the rest of the EU.

To assess the negative impact of Brexit on the United Kingdom, the Institute for Fiscal Studies relies on the long term prognosis of the London School of Economics and the National Institute for Economic and Social Research (NIESR). The research organisation underlined that the cost of the loss of membership for the common market will seriously exceed the economic benefits from the fact that Great Britain will not deposit £9 billion (net) in the budget of the European Union.

The research says that: “The macro-economic impact of the membership and the access to the common market is bigger than the burden of the direct budget clauses.” A report of the IFS published before the referendum says that the lower growth of economics and the additional loans of the country which would have led to its exit from the EU will form a huge hole in the treasury. In this way, between £20 and £40 billion of state funds will sink by 2020. Moreover, the government will have to practice austerity measures at least for a decade. This model is based on the short term prognosis of the Institute after the referendum.

Ian Mitchel, a researcher at IFS stated: “From an economic point of view we still have big opportunities to choose from related to the future of our relationship with the EU.” According to him, there is a big difference between “access to” and “belonging to” the common European market.

Almost all the economic prognosis predicts that Brexit will have a long term negative effect on the economy. The size of the loss will fluctuate due to the nature of the trade regime replacing the membership. Although the economic model of Prof. Patrick Minford (Cardiff University) forecasts growth of the GDP after Brexit as well as the immediate cancellation of export taxes, some economists criticise his forecast and said that his perspective in practice will ruin a great part of the processing industry in Great Britain.

All this is happening against the background of the emergence of new alliances within the EU – a problem which has been kept out of the sight of the masses. This process, however, is gaining momentum and it is poised to change the political landscape in Europe. A clear symptom for this is the conference in Athens where the leaders of France, Italy, Spain, Portugal Cyprus and Malta will get together before the summit of the EU leaders scheduled for September 16th. The forum will focus on the “common” challenges facing the EU in the fields of economics, politics and industrial levels. According to the analysts, however, this meeting aims at creating a union of states opposing the regime of austerity and fiscal discipline in the EU.

The differences in the financial and immigration politics in the EU are getting deeper. Subjects of serious disagreement are the economic sanctions against Russia. There is no coherent policy to enable the member states to take measures for improvement of the economic climate in Europe.

lol wasn’t it costing them several billion per month anyhow?

By comparison they are saying UK will lose over 7Bn EUR per month out of it’s economy after Brexit, versus net contribution of maybe 0,8Bn EUR per month to EU currently. If it will be true ;)

The disappointed Remain supporters are coming up with endless estimates to bolster their already made up minds. The idea that an estimate that extends out to 2030 is anything more that a work of the imagination is wishful thinking. Economic estimates cannot be relied upon for next year let alone a decade into the future.

Keep these fantasy articles away from Southfront, they do you no favours.