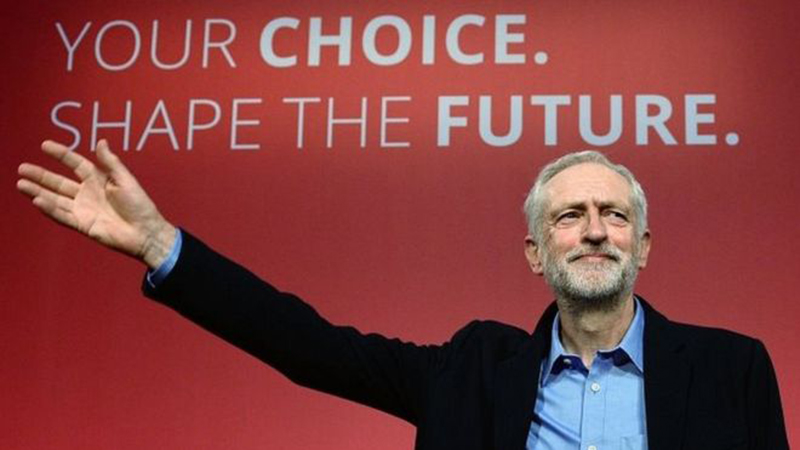 The political upheavals marked by Brexit, also griped the shadow Labour government. 172 members of the British opposition party voted that their leader, Jeremy Corbyn, be removed from office in an internal vote of no confidence, which was held on June 28. This means that 81% of the MPs from the Labour Party lowered their trust credit for the eccentric of the British political scene, known for his rebellious character and principles.

Although Corbyn was accused by his colleagues for leading a “lackluster” campaign that failed to convince more supporters to vote to remain in the UK in the European Union, the Labour leader has categorically stated that he has no intention to resign. According to the majority of MPs failure of their campaign is due to their traditional voters, giving their votes for the Eurosceptic Conservatives, led by Boris Johnson, as well as nationalists who blindly follow populist Nigel Farage.

Corbyn’s reason to lightly overlook the results of the no confidence vote lightly is that because his colleagues choice doesn’t have a rational legitimacy. “Ever since I was elected leader of the party 9 months ago, we are having constant victories vs the government’s attacks against the standard of living,” he said, adding that last month the Labour Party became first political force within local elections.

The dramatic coup attempt was largely known about. The rebellion against Corbyn began on Sunday with a series of resignations that in no time swelled to more than 50. One reason for the looming discontent in the opposition party was the dismissal of Foreign Minister in shadow, Hilary Benn. While considering Corbyn to be a good man, he announced that their leader can not manage the party and bring it to victory in parliamentary elections. For his part, Corbyn suspected that it was Benn who tried to lead an internal rebellion against him.

Part of the opposition MPs stated that they are getting out of their political formation, in protest against their leader. The mood in the ranks of the Labour Party became very heated, and the disputes “for” and “against” the leader became explosive. Within the rebellion were MPs, who claimed to have the support of 9,000,000 voters against nearly 400,000 party members who support “Corbyn’s inadequate leftist policies.”

Either way, the vote of no confidence does not automatically trigger elections for a new leader. This can happen if the majority of the Labour Party declared its support for an alternative candidate. Even before the vote it became clear that the representatives of the Labour Party had consulted with lawyers about whether Corbyn has the right to automatically take part in elections for the leadership post, because they were faced with ambiguous text in the regulation of the party. Corbyn himself has previously said that he would run again if the party decided to organize a new vote for the leadership position.

Some analysts say the rebellion against him is a “painful symptom” of an existential crisis that is destroying the Labour Party in Britain. The MPs anger was aimed toward Corbyn, due to his contradictory feelings about the European Union. It is well known that in a past British referendum on EU membership in 1975, the leader of the Labour Party voted against the EU. In 1993, Corbyn voted against the ratification of the Maastricht Treaty, which laid the foundations of the modern European Union.

Moreover, in 2011 he supported the request of a member of the Conservative Party to hold a referendum on the EU. “There is no future for a Europe, that turns small nations into fortress colonies because of debt” he stated. In recent years however, Corbyn is significantly softer in his criticism of the EU. During the campaign, he said he is not satisfied with the state of the EU, but that does not mean that the UK should leave it.

It seems that Labour’s tendency to bury its head in the sand in a crisis situation is changing. The stability of the Labour Party, however, is questionable not only because of the distrust of Corbyn, but also because of the wave of Euroscepticism that has swept Britain. After Brexit, Labour will have a difficult task to confront the rising xenophobic populism of the right, although even conservatives are already in panic. They are determined to nominate a replacement of the outgoing Prime Minister David Cameron “any other candidate, but not Boris Johnson.”

It is not clear whether the battle between Labour and the Conservatives will continue with Corbyn at the helm, as the danger of him being removed is still with him. Nevertheless, it should be noted that the “harmless Corbyn” has changed the political horizon of the UK beyond recognition, with his cardinal, far-left ideas and was mentioned as a potential prime minister, even when he was projected to be a Labour leader.