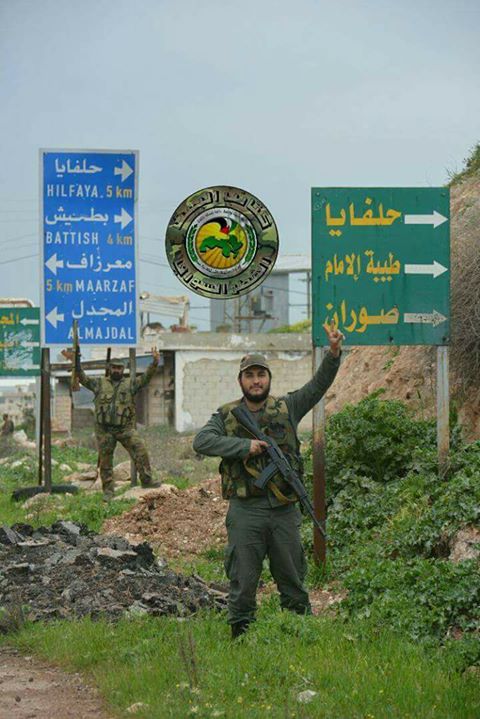 On April 20, government  forces, led by the Syrian Army’s Tiger Forces and 5th Legion, entered the strategic militant-held town of Taibat al-Imam and pushed members of Hayat Tahrir al-Sham (formerly Jabhat al-Nusra, the Syrian branch of al-Qaeda) and allied militant groups to withdraw from the town.

Later at the same day, HTS, Ahrar al-Sham and Jaish al-Izza deployed reinforcements and launched a major counter-attack on the recently liberated town. Clashes were ongoing in the town during the night.

By the April 21 morning, the Tiger Forces and the 5th Legion regained the initiative once again pushing militants from the town. HTS field commander, Abu Ali Shahoud, and a number of HTS and Ahrar al-Sham militants were reportedly killed in the clashes.

Yesterday, reports appeared that the 5th Corps were opening a HQ in the northern Hama countryside, preparing for further operations in the area.

As soon as Taibat al-Imam is fully secured, government forces will likely continue the advance in the northern Hama countryside, aiming to regain Halfaya and the nearby villages.

Is meat running low at the meat grinder? HTS is done and the SAA is slowly retrained, reequipped and developing into a force to contend with.