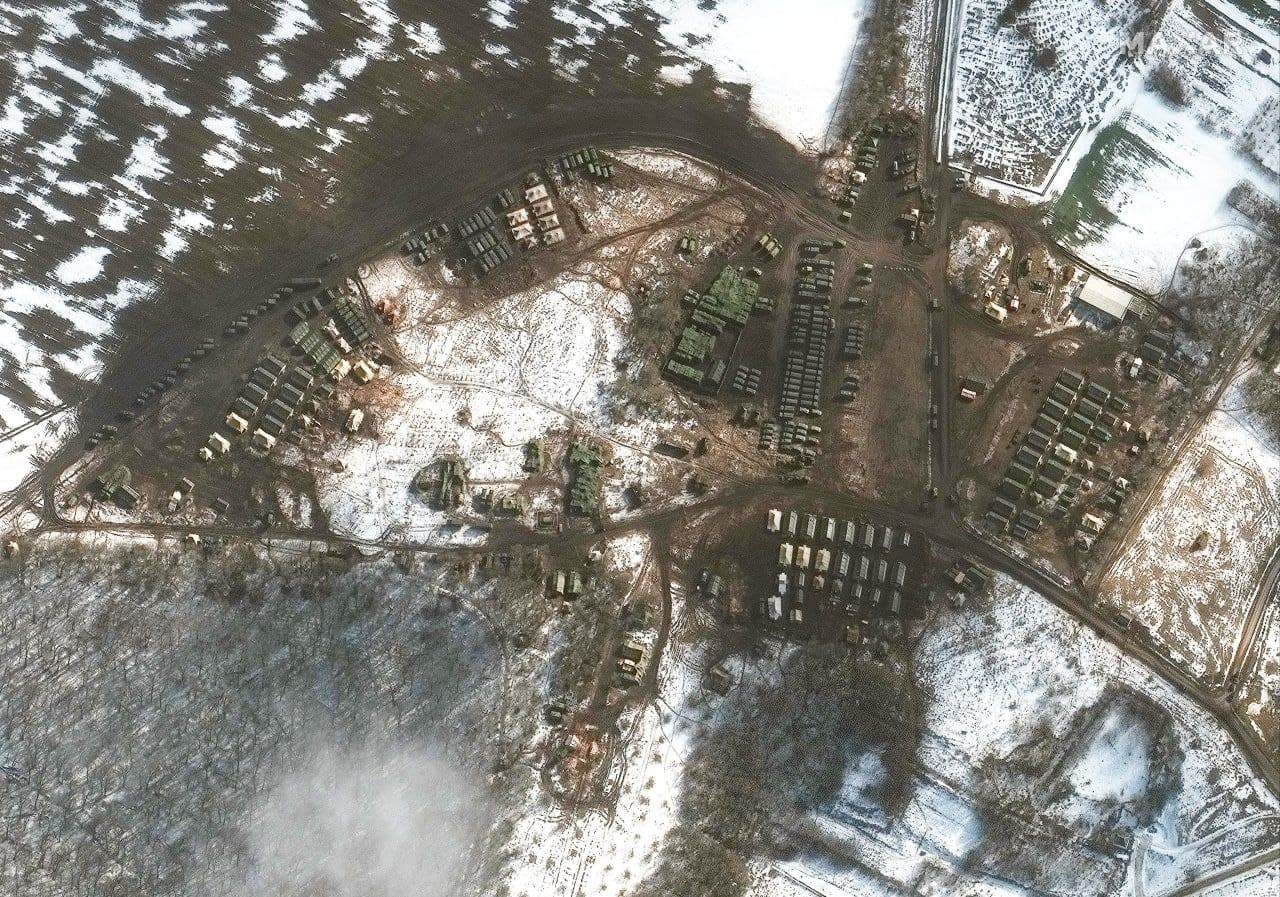 On February 23, a unit of the Ukrainian Armed Forces crossed the Seversky Donets and with artillery support attacked the heights near Nikolayevka. They dislodged local militia fighters there and attempted to entrench themselves but were subjected to strong retaliation. Tanks from Luhansk supported by artillery soon counterattacked. As a result, the UAF unit was eventually repulsed despite their early success in taking the high ground. Frontline casualty assessment alleges 9 UAF soldiers killed.

There are additional reports of electronic warfare (EW) actively being employed. Impending disruptions to cellular and internet communications are expected. As of 01:10 local time cellular communications failure has been reported in Donetsk. Massive EW suppression of UAF military positions is currently underway. According to media outlet Russia 24, the UAF are engaged in massive artillery bombardment of militia defensive positions all along the front line. Explosions and small arms fire can be heard.

It is reported that 10 Bayraktar UCAVs have departed from the Kheinitsky aerodrome, presumably headed eastward. The International airports located at Kharkiv, Dnipro and Zaporozhye have been closed for all arriving and departing flights until 08:35 local time on February 24th. The runways have been physically blocked with vehicles in an attempt to prevent fixed wing air assault operations. The airport in Kherson is also preparing to halt all air traffic according to Ukrainian media.

Mayor Klitschko of Kiev has declared a state of emergency in the city and has established an operational coordination headquarters.

The Russian Armed Forces have declared a “No-Fly Zone” for all civil aviation encompassing the airspace along the northeastern border with Ukraine. A warning to this effect has been issued. 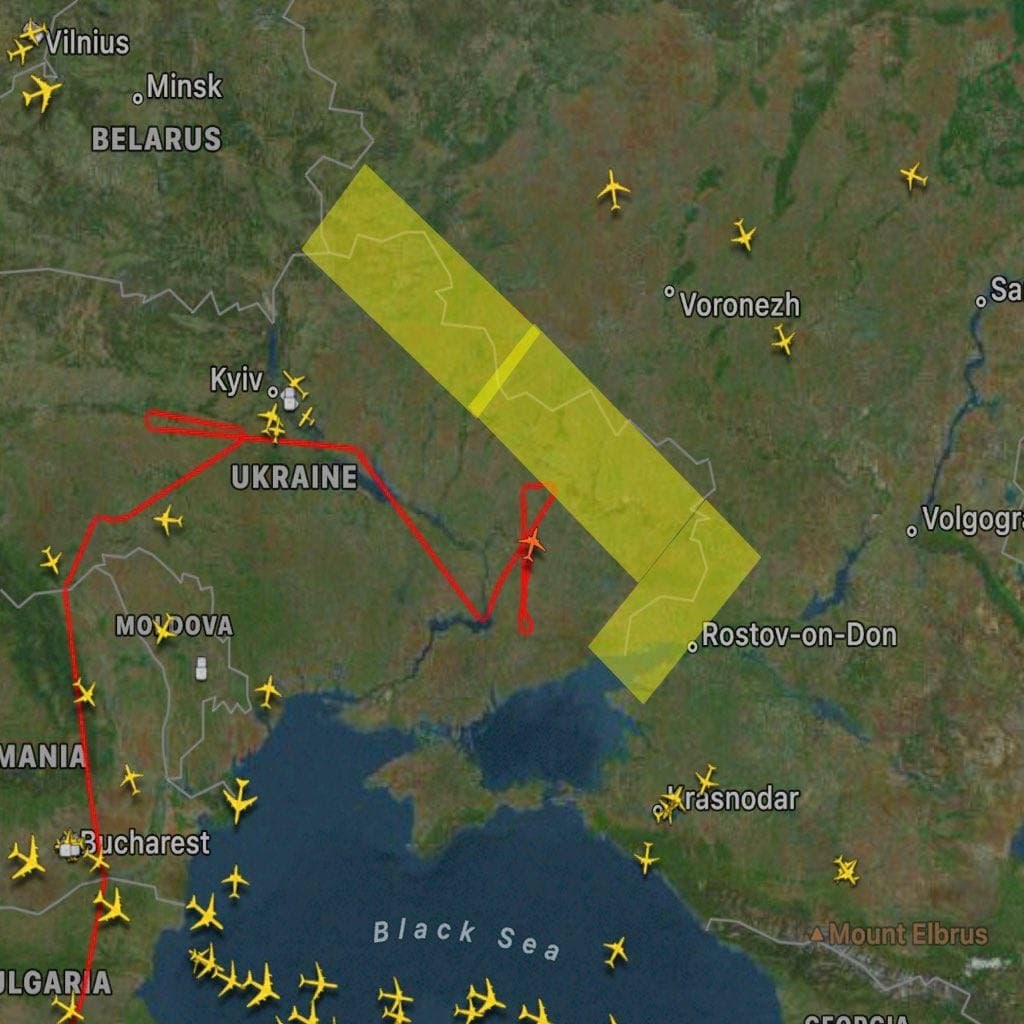 Russian Armed Forces vehicles and heavy equipment are advancing toward the front lines in the city of Donetsk.

At 03:00 local time, heavy artillery, Grad and Uragan MLRS batteries of the UAF have been bombarding civilian infrastructure in an attempt to destroy as much of this infrastructure as possible prior to the arrival of advanced Russian units deployed to the LOC.

What is currently unfolding now are the direct result of the developments that occurred over the preceding 48 hours following Russia’s formal recognition of the two breakaway republics of the DPR and LPR as sovereign, independent nations. When it became apparent that Western sanctions that followed failed to meet the promised level; of “Sanctions from Hell” as promised, the UAF began bombarding the territories east of the LOC in increasing intensity. This military escalation intensified against the backdrop of contradictory statements by Russian Foreign Ministry officials which began at approximately noon on February 22. Russian President Vladimir Putin later delivered a statement unequivocally clarifying the official Russian position regarding the sovereign borders of the two republics and the nature of the new treaties.

The tempo of bombardment on the part of the UAF then intensified up until the late evening and early morning hours of February 23. By the afternoon of that same day, units of the UAF attempted to breakthrough the front in several locations with the assistance of preparatory artillery bombardment with some success. This occurred prior to Russian military units being able to advance to defensive positions. By the early evening, the Ukrainian forces that has attempted to entrench themselves were dislodged and forced to retreat, apparently with the assistance of advanced Russian military units. Following these events, Ukrainian president Zelensky addressed the nation and enacted the closure of a number of airports as described.

Correct me if I’m wrong guys, but I don’t think this war will turn full scale, the most that will happen is some sort of bigger conflict

NATO and US want to drag Russia into a conflict that would go on for years. As always, their assumptions on Russia were wrong. This conflict will be quick over. Russia will destroy most of Ukaines offensive military hardware within hours. After that the peacekeeping operation will go on like intended in the first place. No one will have a say to that, beside Russia. NATO wanted to escalate a little bit to make room for EU sanctions, but they got a whole new reality out of their ignorant provocation. Their biggest problem right now is, that NATO cannot and will not be able to do anything meaningful about this new “situation”. They prooved to be incompetent and unreliable when it comes to real “adversaries”. This is their whole mission. What an epic fail. All that talking was nothing but a bunch of lies and of course empty threats. I bet all their “members” now have some rethinking to do. NATO has again and definitely prooven not to be what it supposedly is standing for.

I’m sure the NATO warmongers were hoping to turn Ukraine into another Syria, but that idea has just turn to shit before their eyes.

Another Afghanistan you mean. Yugoslavia was the Syria.

I recommend to listen to John mearsheimers assessment on yt. Search for “why Ukraine is the wests fault”

Yes you are correct.

“Decommunization” has begun for Ukraine, and for Stoltenberg and company. Blend decommunization into Russian mantra “dictatorship of the law” and there could again be a viable euro society in a few years.

KEEP your eye on the SHELL GAME that has NORDSTREAM 2 UNDER IT , KEEP watching HAL TURNER for the facts like 1700 LNG SHIPS equal i day s supply from all RUSSIAN PIELINES INTO EUROPE

So Erdo sees his chance, huh? Hopefully he gets his while this is going on, the 2 faced little backstabber that he is. Let’s see how far those bayraktars get.

I hope those were already paid for. Otherwise it will be a writeoff again.

Dumbass Nazis flying a Confederate flag, don’t have to say anything else.

Have to watch if Russia take and occupy South Ukraine to re open the water canal from the big Dniepe river to the Crimea that Ukraine blocked after 2014 Russia annexation of Crimea. Crimea is dry and needs that water.