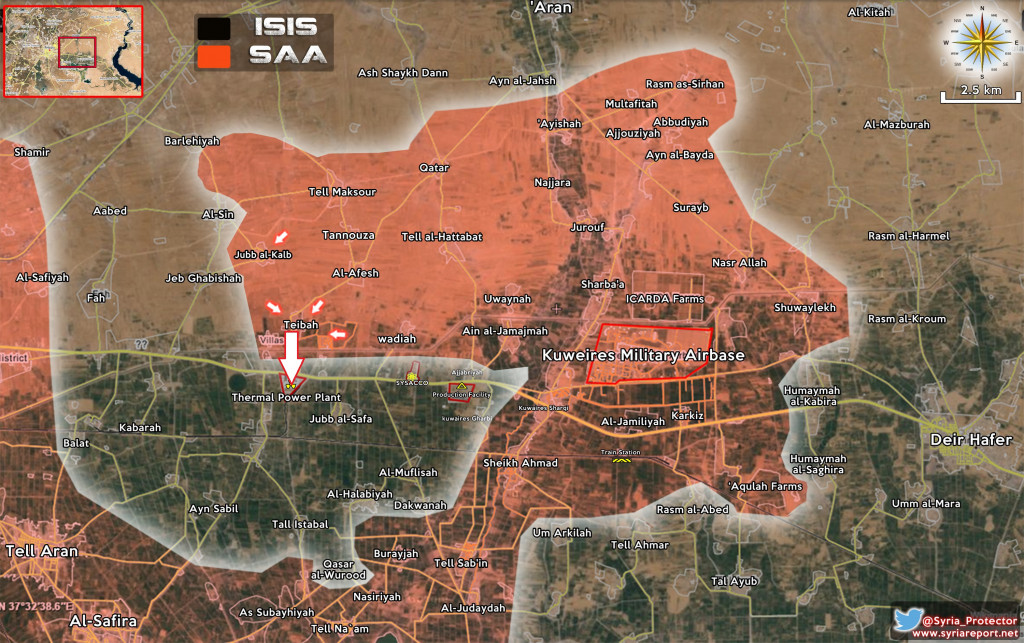 Al-Masdar reported, a few hours ago, the “Tiger Forces” – the special forces elite unit of the Syrian Arab Army (SAA) – have just entered in the strategic Thermal Power Plant located in eastern Aleppo.

According to Al-Masdar sources, the Syrian forces entered the station after Islamic State of Iraq and al-Sham (ISIS) militants fled from their positions witouth fighting.

Currently, the Tiger Forces are securing the area and cleaning the station and its surroundings from IEDs the terrorists planted before abandoning the plant.

This is just another key advance for the Syrian Armed Forces since they began an offensive in eastern part of the Aleppo governorate in late 2015.

Thanks for the update …. encouraging that the anglo-zio initiative is crumbling before their very eyes….

Think what those ISIS criminals could have done with all the plutonium… Close call.

The article reads that this is a “thermal” power plant. That could mean coal or oil/gas fired, there was no mention of it being of the nuclear variety. Maybe so, don’t know.

ISIS should never have had possession of Nuke plant!!!! Way to go Syrian fighters !

FYI – a thermo power plant is not a nuclear power plant. It is either oil or natural gas fired.

I wouldn’t be surprized if the American led gang now bombs the power plant.

I think the terrorists are planning a massive assault and have united even with some isis, look out for a major battle with all the players involved… in the next week or sooner

The people behind Isis are the same people running our country. We have a common enemy, neocon jews.

All Hail the, “Tiger Forces” of the SAA for their Heroism! Continue on, my brothers in eliminating the scourge known as Daesh.

One could say they are Putin out the trash.