The US-backed Syrian Democratic Forces (SDF) have finally resumed its attack on the last ISIS stronghold in the middle Euphrates River Valley.

“After evacuation of thousands of civilians and our comrades who held hostage in al-Baghuz [al-Fawqani], operation to clear the last remaining pocket of ISIS has just started at 18:00 this evening,” a spokesman for the SDF, Mustafa Balai, said on March 1.

According to the Syrian Observatory for Human Rights (SOHR), the Kurdish-dominated group has evacuated more than 52,000 civilians from the ISIS-held pocket since last December. The last groups of civilians left the pocket a few hours before the resumption of the military operation.

Earlier, warplanes of the US-led coalition carried out a series of airstrikes on gatherings of ISIS fighters north of al-Baghuz al-Fawqani. Coalition attack helicopters were also seen flying over the Euphrates Valley. 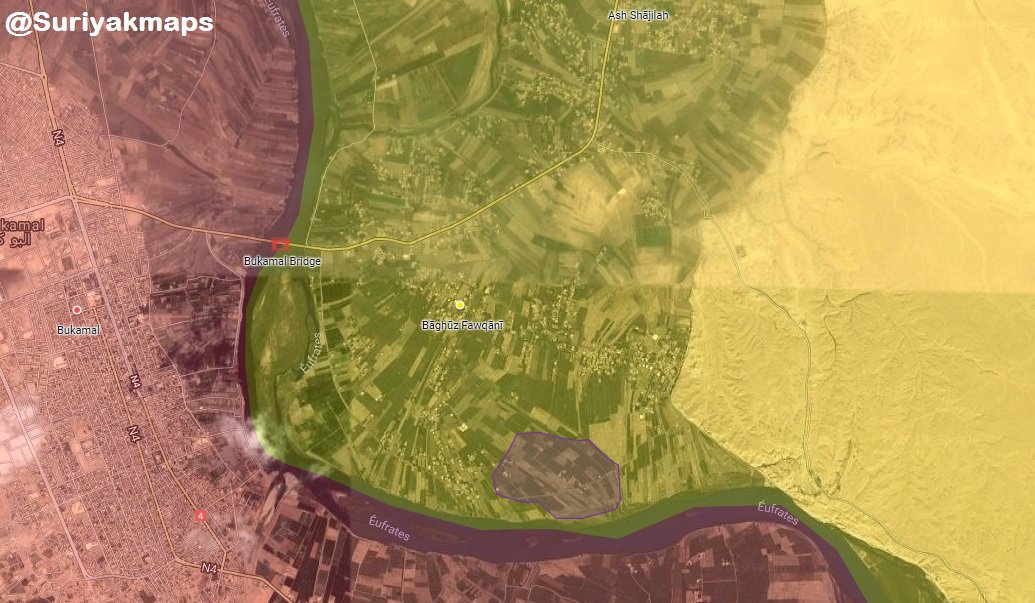 The US-led coalition’s support for the final attack on ISIS will not be limited to airstrike. A recent report by the Guardian revealed that US, UK and French special forces will take part in the attack side by side with SDF fighters.

The number of the remaining ISIS fighters north of al-Baghuz al-Fawqani is reportedly less than 300. However, these fighters are well-experienced, heavily-armed and willing to fight until death. This could become a challenge for US-backed forces.

The US makes an offer to ISIS they cannot refuse, the gold or we kill you. ISIS hands over the gold, then the US gets the Kurds to kill them. You can’t deal with America. Notice how the price of gold has dropped since the US got that 50 tons of Syrian gold?

America’s okay its the satanic globalists, many of who ARE American, you can’t deal with.

Americans are OK, but America sucks.

The gold price hit a strong roof and TPTB are not prepared yet to let it pass 1400.

“…A recent report by the Guardian revealed that US, UK and French special forces will take part in the attack side by side with SDF fighters…”

Hey – why are you leaving out CIA/MI6/Mossad mercs? We can’t leave any incriminating loose ends in Baghuz.

The head-choppers might have… er, ’embarassing’ cell phone video of ‘goat parties’ with CENTCOM and US State Department officials in attendence. Or maybe thumb drives of child organ prices and Israeli wholesalers’ offers. How about emails detailing the US gold-for-headchopper-evacuation operation? Can’t let Assange get his hands on those, FFS. And then there’s the terabytes of US sat imagery and maps of Syrian/Russian troop locations sent to head-choppers. Might even be a few gold bars stashed away in the Baghuz tunnels. Western intelligence operatives will need to take those for ‘further analysis’.

At the very least, CENTCOM needs soemone to find a treasure trove of extensively-detailed, future head-chopper plans for Syria, Iraq and the west. Something scary enough to justify doubling their budget and headcount for the next year or two. Nobody is pulling the plug on CENTCOM because ISIS is gone, at least until the senior commanders hit retirement and have their Saudi/UAE jobs and Tel Aviv condo all squared away. Do you think they’ll allow themselves to be RIF’ed or – worse yet – reassigned to the clown car known as SOUTHCOM? No f’king way – the US taxpayers OWE them a quiet, lucrative ride into retirement.

Off topic, but excellent news, Sheldon Adelson has cancer, another nazi is about to bite the dust, and unpleasantly :)

What has Sheldon Adelson done to you or any other human on Earth? Explain.

he’s caused the deaths of of over two million for Israel at the hands of their (his) Zio controlled U.S. military monkeys.

You have a point. He represents a part of the Cabale, the little clube everybody else are not in. I guess thats why he may be on the black list of the public.

Better late than never. He is 85 years old.

That most amazing rubber fortress.

US Army Takes 50 Tons Of Gold From Syria In Alleged Deal With ISIS:

No civilians left hey, then why not just use missiles and bombs to deliver oblivion, flatten and scorch the earth until not even an insect is left alive, that’s what they should do, unless there’s another good reason not to, and if it’s not because of civilian safety concerns anymore, I wonder what the real reason is they don’t just bomb them into oblivion. 18,000 SDF as well as a few hundred Iraqi PMU forces, US and Iraqi air strikes, French and Iraqi artillery, all pitted against a few hundred remaining Isis fighters, how long can they last.