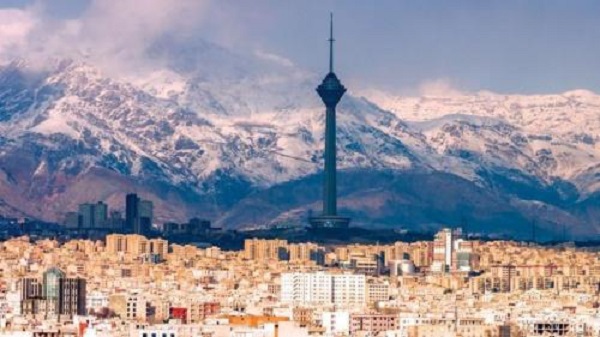 On May 22, a senior officer of Iran’s Quds Force, a branch of Iran’s Islamic Revolutionary Guard Corps (IRGC), was assassinated in the Iranian capital, Tehran.

The assassination took place in the Mojahedin Eslam street in the eastern part of Tehran. The officer, identified by the Islamic Republic News Agency (IRNA) as Colonel Hassan Sayyad, was gunned down inside his car by the assailants, who were armed with silenced guns and moving on a motorcycle.

IRNA released a photo showing the dead body of Col. Sayaad inside his white SAIPA Saba. The state-run agency didn’t say if the assailants were captured or managed to flee. 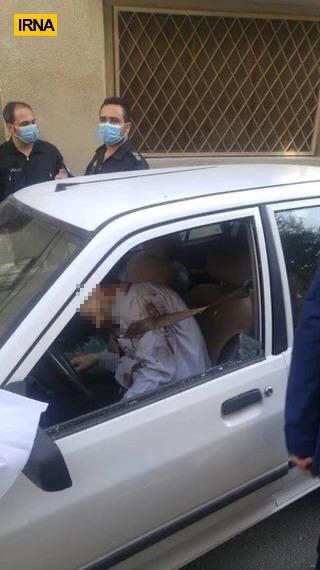 The IRGC’s Quds Force specializes in unconventional warfare and military intelligence operations. The exact work of Col. Sayyad with the force is yet to be revealed.

Fakhrizadeh was ambushed while traveling in a black Nissan Teana on a rural road in Absard, a city near Tehran. He was reported shot and killed with a remotely-control gun with an artificial intelligence-based identification system. The assassination of Fakhrizadeh was attributed to the Mossad, Israel’s national intelligence agency.

The assassination of Col. Sayyad was also likely the work of the Mossad, which reportedly used the exact same attack method to assassinate Iranian postgraduate electrical engineer Darioush Rezaeinejad on 23 July 2011.

Iran will likely escalate and retaliate to the assassination, which may have been orchestrated by Israel to sabotage the ongoing US-Iran talks to revive the 2015 nuclear deal.

One of the members of Iran’s Islamic Revolution Guards Corps (IRGC) has been assassinated in an armed attack by two motorcyclists in Tehran.

According to Iran’s official IRNA news agency, the incident took place around 4 p.m. local time on Sunday, when the IRGC member was dismounting his car to enter his house in an eastern neighborhood of the Iranian capital.

The IRGC member, who has been identified as Hassan Sayyad Khodaei, was assassinated after two motorcyclists shot him five times before fleeing the scene.

The IRGC issued a statement soon after the assassination, saying that its former member was assassinated in a terrorist attack by counterrevolutionary elements.

The statement condoled with his family, adding that necessary measures have been taken to identify and arrest the assailant or assailants.

According to informed sources, the attackers are being chased by intelligence and security forces and an investigation has been launched into the incident.

MEK is still alive in Iran and they are going to follow Zion’s orders.

Colonel Sayad Khodaei, who also fought against Daesh in Syria and defended the holy shrines was martyred in a terrorist act committed by “the anti-Revolution and agents affiliated with global arrogance,” the IRGC wrote in its statement.

Condoling the martyrdom of the glorious defender of the shrines, Colonel Sayad Khodaei, the statement emphasized, “The necessary action to identify and arrest the assailant or assailants is anticipated and underway.”

I get paid more than $120 to $130 every hour for working on the web. I found out about this activity 3 months prior and subsequent to joining this I have earned effectively $15k from this without having internet working abilities

Copy underneath site to check it… 𝑾𝒘𝒘.𝒊𝒏𝒄𝒐𝒎𝒆𝒉𝒅.𝒄𝒐𝒎

Arrest the assailant or whatever lol. Iranians are nothing but cowards and bullshits. I remember Iran government posted a toy plan picture and claimed it’s their 5th gen fighter aircraft roflmao. What’s wrong with these scared cats? They only talk and talk while their important people get picked off any time one after another.

There is no need for an investigation. The zionists talked about Iran having the bombed in mere weeks two days ago. They said some hard response was needed. And now this. After weeks of bombing and shelling Damascus, Tartus, etc…

It is clear the zionists are trying hard to start a war in the ME and drag uncle scam in it. And do you know what? It could be a godsend. If China starts the third front in the south China sea, uncle scam will be forced to fight in Ukraine, ME and the Pacific.

Now or never axis of resistance!

I think israel is trying to get Iran to respond to sanction them even more, they know NATO and Israel can’t last in a war against Iran and the axis of resistance

Turk-isis-stan is the clown of the world – look at you Turk-isis sucking Neo-Nazis, Zion, and Wahhabis. Clap Clap

Jnoub is right, as last talks about JCPOA – “Forty of Dr Bagheri top officials, two other deputy foreign ministers and there’s a former governor of the Iranian Central Bank.”

Who is mad like a pig now? Turk-isis, ask your cousins Zion or Wahhabis clown.

Israel can’t last a war with Iranian cowards? You’re fking full of shit. FYI they’ve been at war with you low life cowards for decades now and all you do is talk. Blah blah. Just fuk off already.

What I want Iran to do is to cut snake heads inside Iran – MEK, Iraq – Kurds, and Syria – Wahhabis, before anything.

You don’t give your enemy what they really want – Zion for years killed themselves to start a war with Iran. Nor does Iran nor China need to start a war. I know there wouldn’t be a war because of this, Iran has and can kill Zion without any problem in Israel or anywhere else.

These people who kill that man aren’t Zion, they are part of MEK or anti-Revolution. Ofc, Zion-stan going to get the free PR.

Well maybe they should get that war,its been a long time coming for those criminals.

I’m tired of stupid coward bitches like you keep saying someone trying hard to start a war. Whatever chimp, peace is a combined effort of two sides. You Iranians are too stupid to understand that.

Turk-isis sucking and riding Zion dick high, I see – Turk-isis like their cousins Zion/Wahhabis were dancing after all terrorist attacks after all.

You can bet your mom’s ass that the coward Iranians won’t do a damn thing.

After Ukraine now the NATO officials want to start war in Israel. The history of NATO is so dirty.

Also China. Russia, China and Iran is the strongest alliance in the world, they want to destroy it

Gay g0y running your Turk-isis-stan, you sold that shithole of rats long ago – it is rich going from Zion’s pigs.

This is your third semi-active ID doc…….you think you can hide from me?…….lol. shame on you for turnin guppu on this one…..lol

Brah I have no shame, I lick zionists ass and hope for some coins, but all they do is piss on me. Brah what should I do?

Stop dreaming. Nobody wants an alliance with low life coward Iranians and Chinese.

its the mossad and or the Cia aka Khazarian Zionist, servants of satan.

Plenty of freshly boiled foreskin will be served to Israeli public soon.

Israeli mossad you can be sure of it. This attack has their finger print all over it.