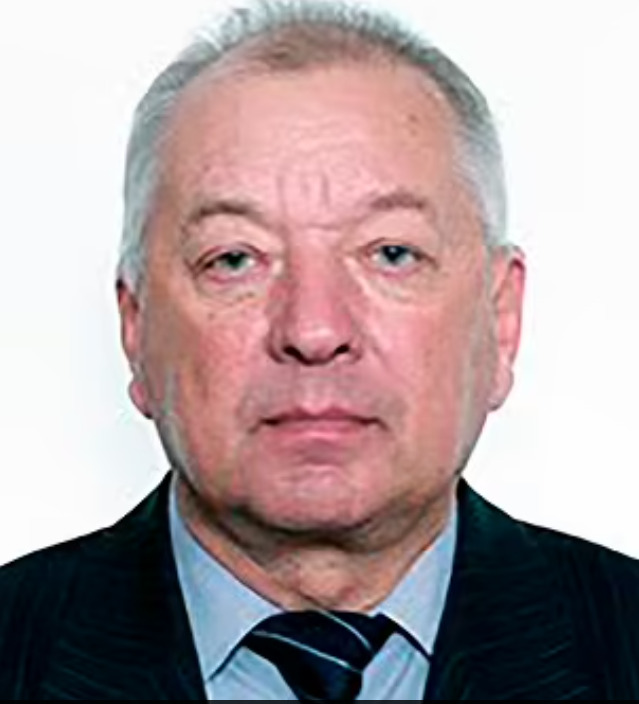 On August 12, the Russian Federal Security Service (FSB) detained Professor Alexander Kuranov in Moscow. He is one of Russian top hypersonic scientists and is suspected of passing state secrets to foreign countries in recent years.

The Moscow court confirmed that the FSB had sent a request for his arrest for two months. A preventive measure will be chosen by the court later on August 12. Cases of treason are classified as “secret”: the court considers them in closed doors, only the sentences are officially reported.

Alexander Kuranov is a key figure in development of hypersonic technologies in Russia. 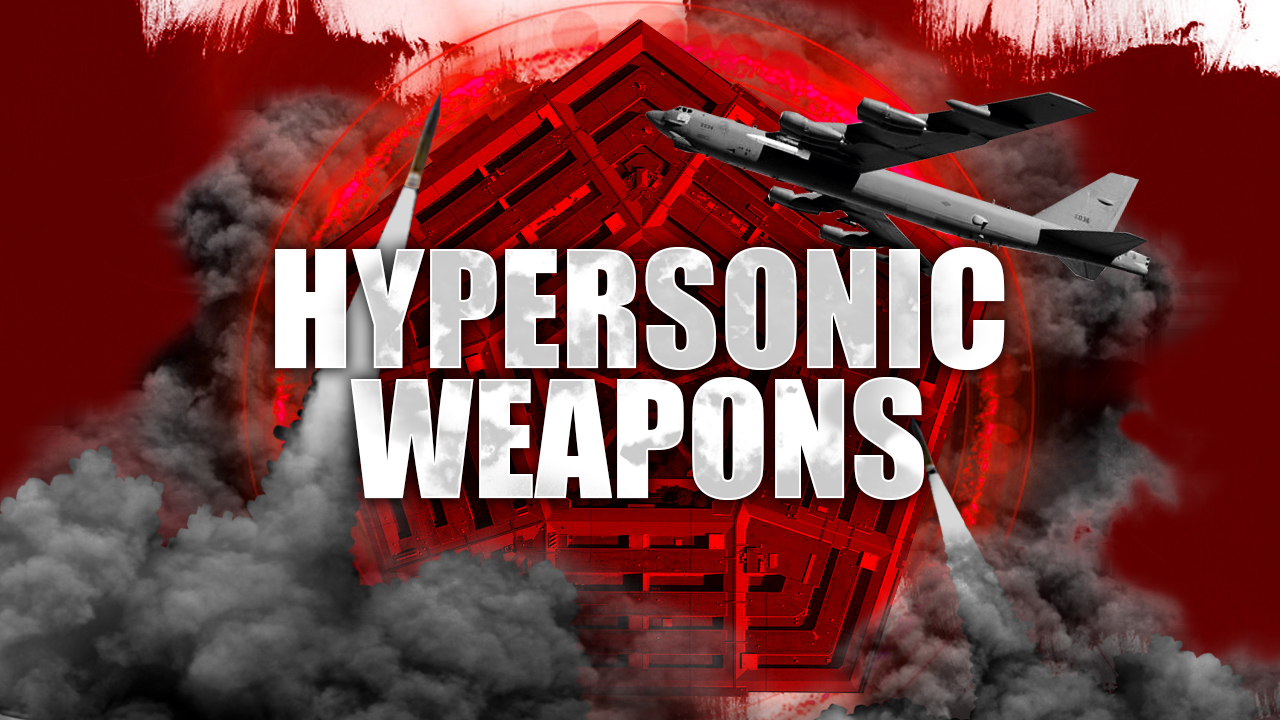 He is the general director and chief designer of the Scientific Research Enterprise of Hypersonic Systems (NIPGS), which is run by the Leninets holding company. As part of that role, he leads the Ayaks program that is under development. Kuranov also heads the directorate of the Leninets HC in the direction of “New Hypersonic Technologies” and coordinates the work of scientists from various enterprises of the Russian aerospace complex.

He is specialized in the core technologies of the Ayaks concept, like conversion of hydrocarbon fuel, plasma aerodynamics, methods of electromagnetic flow control in the development of a magnetoplasmochemical engine.

The Ayaks technology was proposed in the late 80s in the USSR. The author of this concept was Vladimir Lvovich Freishtadt, who worked in NIPGS. Vladimir Freishtadt solve the main problem of cooling the airframe at the hypersonic speed. He proposed not to protect a vehicle from heat, but rather to let heat inside to increase the energy resource of the device. 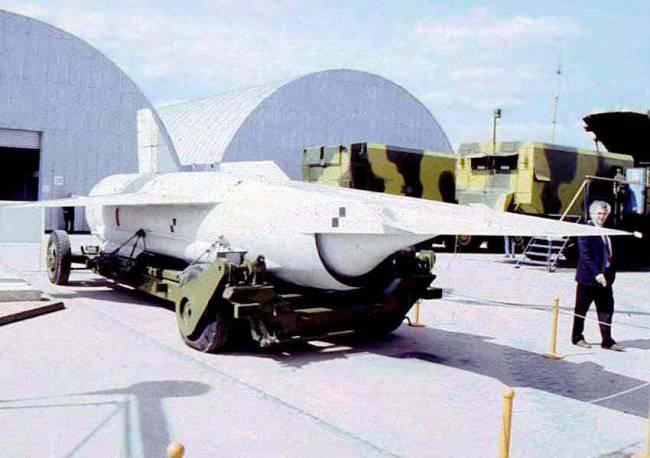 The Ayaks project was revolutionary and ensured Russia’s leadership in the development of hypersonic aircraft for many years.

The development of such an aircraft with military purposes would provide a significant advantage in the course of military operations. It would be still a problem for any modern air defense system to shoot it down,  since the exorbitant flight speed of the aircraft would not allow the target recognition systems to work properly.

Ayaks is one of the key Russian technologies. 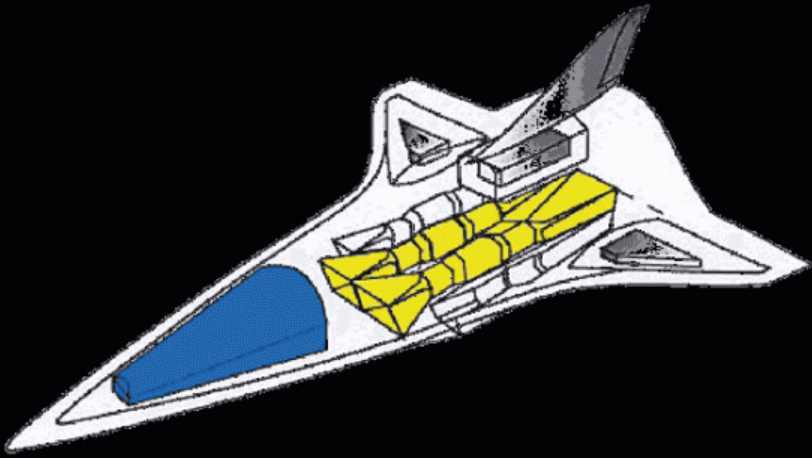 In its turn, the United States is highly interested in receiving information about Russian developments in the this sphere. This is especially important amid the numerous failures of the latest tests of their own hypersonic vehicles.

The probability of the involvement of foreign intelligence services in this case is high. Their contacts with Kuranov are possible, as for several years he was the organizer of the Russian-American symposium “Thermochemical and plasma processes in Aerodynamics”, which is held in St. Petersburg. He also participated in international associations and worked on orders from many countries.

Moreover, his arrest comes after Briton David Smith, a security guard at the British embassy in Germany, was taken for questioning on suspicion of passing confidential information to the Kremlin.

Apparently, there have been significant leaks of information about Russian developments, since this is not the first detention among Russian scientists that has taken place recently.

Russian scientist Anatoly Gubanov was arrested for high treason in December. He worked on a project aimed to create a hypersonic glider HEXAFLY-INT. The research was carried out within the framework of an international project funded by the European Community and the European Space Agency (ESA).

If the Russian FSB failed to prevent the transfer of secret technologies or any related information and Washington and its allies got them, then this could be compared with the successful operation of the Soviet special services aimed to obtain American nuclear technologies in the late 40s and early 50s of the 20th century.

Only the CIA, the US have the need now for hypersonic missiles cuz they are trying to develop them now, and this DOG was greedy for money, who knows how much the Americans were giving to him, the point is now for FSB to assess how much of the intel he sold and exactly to whom. Oh, he will sing I am sure of that.

This could all be disinfo as well selling technologies that ultimately lead the enemy down the wrong path for a while.

He was caught jerking it to American CP while drinking Scottish Whiskey and reading Playgirl in a black dinner gown with red lipstick.

In general this arrest shows good FSB counter-intelligence. Executing traitors is the best deterrent. A short public trail followed by a public execution. Iran has eliminated almost all traitors now in the last three months of sweeps and all is peaceful now.

Never ceases to amaze me how some will sell their own country for money,if this rat is guilty throw him in a Gulag.

He is lucky Putin is a Humanist, in Soviet times he would be already dead.

He should be executed as that is the most effective deterrent.

Was he somehow caught up in Mossads paedo ring?

OK, if this guy has been passing on hypersonic missile state secrets, how come the Amerikastanis who have been receiving the secrets still can’t make a hypersonic missile that – if it’s lucky enough to be able to detach from the carrying aircraft – can even ignite its engine?

The Amerikastanis can’t even copy from a blueprint now?

Indeed. But its no surprise. U S. tried to copy the RD-180 rocket engine, Russia even sent the blueprints and the mettalurgy specs, they still couldn’t do it in 20years. U.S. is pretty much toast.

What’s holding back the USA is material science. They don’t have materials that can withstand sustained hypersonic flight in the atmosphere. The heat fries the electronics. Americans believe “high tech” = microprocessors but it also means material science and Russia is lightyears ahead of the USA when it comes to metalurgy and related material science … they also know things about the EM spectrum we don’t.

They need to outsource copying to the Chinese. It will go better for them that way …

Oy vey this just set back pedonazi americant hypersonic program by about 40 years.

i hope we continue to get updates on this

Why? Didnt liked the salary? Liberal?

Kompromat golden shower videos. The way to a mans heart is through his urinary tract.

Naked Russia (stripped of its territories and of its history) led by the former communists (i.e. Yeltsin and his inheritors the Yeltsinists) has been treasonous to more than 40 million Russians who had been left behind across the unfriendly former USSR republics. Also, they have been treasonous to their people in Ukraine, remember the little communist KGB guy recognized the legality of the coup the very next day. They also have been treasonous to the best of their allies and friends like E. Honecker, S. Milosevic, F. Castro, M. Gadhafi, E Morales etc. and in some cases as in former Yugoslavia even militarily supported pure (Croatian) fascists against their (up to then) orthodox Serbian brothers. How the Russian scientists, or anybody else for that matter, can be patriots while the little KGB guy’s government still protects the thieves and the criminals known as the Russian (even though they are mostly non-anti-Russian Jewish) oligarchs who just exploit the resources of the country, while they, the scientists, work for peanuts compared to their western counterparts. Why would they be patriots while the nomenklatura (Putin, Lavrov, Pskov etc.) have their kids educated and living in the western countries all the while they are preaching the patriotism to the downtrodden and by now quite stupefied Russian man? What’s good for the gender is good for the goose, but it is not so in Russia. It looks like that the thieving oligarchs, supposedly the economic “elites” born of thievery and legalized by the Yeltsinist (Putin’s) government, are above the law and society, just as the political “elites” are above the law and society, while the true contributors to the country’s future and its people’s prosperity, like workers, small businessman, scientists, farmers, (the normal) artists etc. are treated no better than the serfs. Russia of today has become a social, political and economical parody. They wanted to please the partners, they wanted to be like them and be with them. But, due to their so utterly unbridgeable shortcomings, they couldn’t. Russia as it is now should be diminished in order to be rebuilt again from the scratch. From the sale of Alaska to the destruction of the Russian empire disregarding all the blood and sacrifices, the Russian so called “elites” have always been inadequate, ignorant, unpatriotic and outright detrimental to the Russian future. It is high time for the people to take the rakes, hammers and sickles again, it is time for the Russians to free themselves and to become normal again. The fake “elites” have no right to require and expect from anyone more than they are willing to give themselves. Not even from the scientists for they have children too.

This was gonna happen sooner or later. Always someone succumbs to the power of the dollar. Putin should of acted more decisively when Russia had the advantage, it won’t for much longer.

I don’t believe this. He’s got something they want to distribute clandestinely.

“In its turn, the United States is highly interested in receiving information about Russian developments in the this sphere.”

Three days later this announcement is alleged to be made…

If this was sold to the u.s the Russians would have not hesitated to say it. This was sold to a country that was closer to Russia in relations. High possibility of it being China