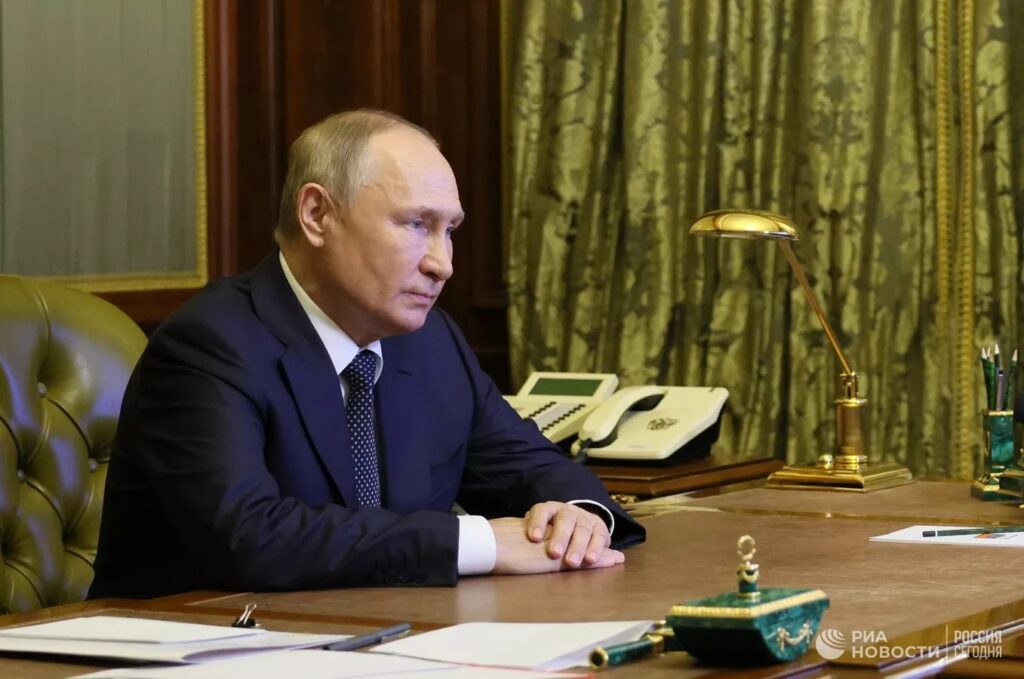 During the Russian Security Council, President Putin announced that martial law was introduced in the DNR, LNR, and Kherson and Zaporozhye regions of Russia. Heads of regions will be given additional powers to ensure security.

Putin also declared the need to change the state migration policy due to the changes taking place in the world.

Russia has alot of pain in their ar.se. Just for taking over a few regions of Ukraine more then 70.000 Russian servicemen got killed and the battle is not over yet. It just starts. Putler is a stronk and smart leader lol

Putler lost it all haha 😆😆😆

Before anyone makes a comment, just remember these regions were already under martial law prior to joining Russia. This declaration is merely a legal matter to the region can remain under martial law under the rules inplace by the Russian constitution.

You have mistake in the title, all this regions are part of Ukraine, not Russia. You can correct it.

By popular referendum these areas are now part of Russia. You will poke the russain bear just a little too much one of these days……………….Give up now while you still have a small chance to negotiate a peace.

We are going to SKIN the little bear and hang it out to dry.

Which part is past tense? The one dictator Putin hasn’t conquered or the one he’s retreating from.

Ukraine soldiers and US UK regular soldiers pretend dressing as Ukraine soldiers have suffer heavy loss ,sad for their widows and daughters ,US and UK will sell them as prostitutes and sex slaves in US and UK.

Martial law. All governments are the same.

LOL! Those are parts of Ukraine.

Just more terror and war crimes by Russia. All futile.

Not a bad idea.

Shut it down for a week, see where the cockroaches go.

The little scared midget has lost his last couple of marbles , I cannot wait for his demise at the hand of a friend.

Once the serbs in the kajna region of todays croatia called the motherland for help. Now every year croatia celebrates the fact that they drove out all serbs from their land with permission of the EU, Nato and UN and without any sanction of russia or china. The warcrimes comminted by serbs special forces in srebrenica against muslims gave the perfect timing for the croats to abuse to get this done while the world was busy hating all serbs.

The kajna serbs live as refuges in serbia and bosnia unless they had family they could move in. No help no hope for return and no one in or outside serbia gives a damn about them.

The more russia helps the nearer ukraine gets to the “croatian solution” of a ukraine ethnic clean of russians.

To say this kind of help is useless would be kind…..

Pray for the people of donbas to not become another permanently displaces people like krajna serbs and palestinians for which no one will care and who no one will help.

The warcrimes which now russia is acused of (similar to srebrenica) will make sure that the rest of the world will not care if history repeats itself.

Russia was a disapointment as a leader of the slavs and as the leader of orthodox christianity and i do not see a sign that this will ever change sadly.

@ southfront to give me a captcha of tractors while i write of the displacement of the krajna serbs who the croats love to show pictures of them fleeing on tractors is a very bad coincidence….

This is a rather more significant development than many may yet realize. Think it through. What does it mean when the Russian Federation declares martial law due to military aggression on its territory? What does it mean to the chain of command for the nearly two million men at arms already in active service?

Please allow me to repeat myself, just once more, The Russian Federation just declared martial law because its territory is under military attack. You need to think about that honestly, and VERY seriously.

Means nothing to the civilized world, just a Russian dream from the midget to the dumb populace of wasteland Russia.