As Dilma Roussef, Brazil´s president, was voted out by the senate new outlooks became reality for the country. Nevertheless, this new future may look equally grim. 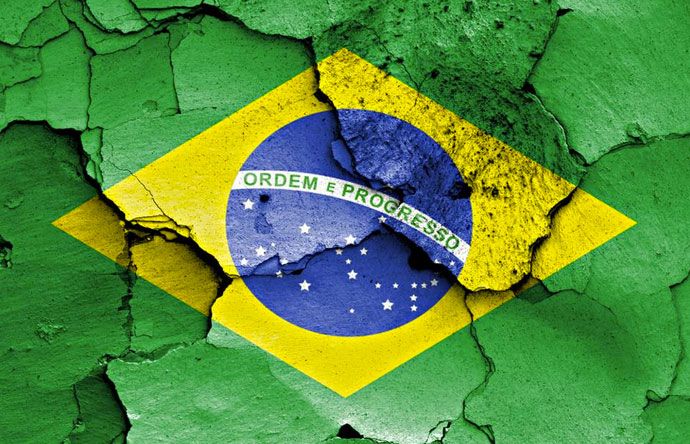 Written by Vinicius exclusively for SouthFront

The interim presidency will be held by the vice-president, Mr Michel Temer, who has a very different political stance from Dilma´s. Temer is a professional politician from a party that has always been in power one way or another, PMDB. He has been a key supporter of a former liberal president called Fernando Henrique, who engaged in a large austerity and privatization program which destroyed the country´s real economy and industry base, as well as starved the public sector of resources.

Unsurprisingly, Temer has already announced he will walk this same macroeconomic path. Labor protection laws will be weakened, pensions will be cut, and the very few incentives to industrial production that still exist will be removed. All that in the hope of pleasing the “exoteric” entity liberals call market.

Brazil is currently in the crossroads, with PT, Dilma´s worker´s party charged with corruption and having proved it is more interested in demonizing white heterosexual males than engaging in a fight to establish real independence and development for the country, as all neoliberal pillars of economy were maintained by the self proclaimed leftist government, to the delight of bankers, who still receive astonishing 15% interest rates (50 times the ones of developed nations), and on the other side the coalition of “market oriented” politicians, that will engage in stripping Brazilians of the few rights and benefits they still have.

Even more threatening is the possibility of a victory of Marina Silva, with views of sustainable economy which will bring the country to a complete stop. Just to exemplify the extent of madness this lady is likely to produce, when she was the Minister of Environment she stopped the construction of a vital watercourse for it was “stressing the fish”. But even her does not question current interest rates and the independence of the central bank (who defines interest rates regardless of the executive branch´s policies), and this looks fishy.

The only viable option for asserting the country´s independence and restoring development seems to be a former military called Jair Bolsonaro, who in the latest polls reached up to 14% of intentions, according to the options presented. He is a staunch fighter against the prejudice “politically correct” movements, that spread hatred and division in the society, and he was a hard critic of the liberals who he called traitors for delivering the jewels of the crown to foreign investors while crippling the government and drowning it in debt. However, as a grass roots candidate, he has neither financial resources nor positive TV exposure to make himself known enough, having slim chances of victory so far.

Brazilians are then faced with the options of maintaining a “caviar left”, coordinated by intellectuals, disconnected to the real world, target of serious corruption charges and, at the same time, with a very friendly attitude towards bankers, a equally corrupt neoliberal coalition, of the new vice-president, that will cut pensions and labor rights, but will be equally friendly to bankers, a crazy ecologist extremist that will block any development project and, as the former ones, keep pleasing banks and investors, and a nationalist, that is demonized by intellectuals, has proved to be in favor of families, working people, meritocracy, end of “politically correct” hate movements, understands the need to develop the country, but has slim chances to win. God save us.

What was explained to me about the area I live in, the state of Santa Catarina, is that economics in the country basically run on a state by state basis. The only folks I have heard that from is those who live in the south. It has a heavy population of Germans and Italians, who came here in roughly the 1870´s and the Portuguese, who came here in the 1670´s. The is a story about a Spanish shipwreck around the year 1500, where the survivors mixed in with the indigenous. No easy feat since a number of the tribes were reported to be canabalistic.

These 4 european cultures, developed a more systematically effective governance in such places as Rio Grande do Sul, Santa Catarina and Paraná. The economy is not easy in SC but, there is still a bunch of ongoing construction. It doesn´t stop. They have switched the port shipping near where I live and it´s going crazy. The ships do not stop arriving for cargos of grain, coal and container traffic has defintely picked up. The cargo trains run everyday vs. maybe once a week, a few years ago. The Federal government was involved in this. They had planned it a while ago and created what I understand to be the deepest open water port (14.5 meters) in Brasil. So, some things that have been in the works for a long time, are already coming online. You will see more.

My impression is a lot of the economy here, in Brasil, is actually fairly locally formed. If the individual states don´t work correctly, then it is a disaster. That is what you see coming out of many places in Brasil now. The general free for all committed by the politicians, is what is putting the cherry on top of the cake. I only understand a fraction of what is going on here. But, this is how I see things rolling. Thank you for the discussion and have a great weekend.

Bolsonaro is a rightwing nut. Aside that, what does “demonizing white heterosexual males” mean?

There is absolutely nothing wrong with being right wing. If there is one thing the world needs right now is nationalism to combat globalization, the uphelding of traditional values and the preservation of national cultures and economic sovreignity.

Soon enough all countries will have to choose a side, either the NWO or a multi polar world of sovereign nation states.

What a terrible article, Bolsonaro is from the same Anglo-zionist group that is destabilizing the nation so they can make good of their project of subjugation and privatization.