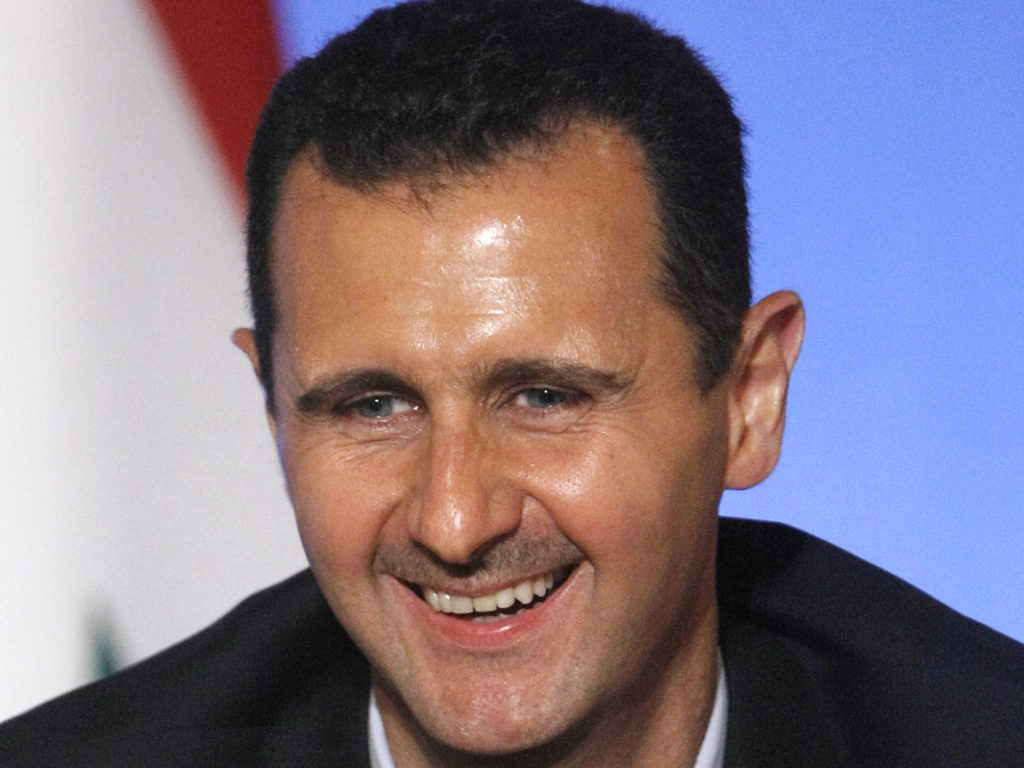 Brazil plans to reopen its embassy and restore full diplomatic relations with Syria in the hope of participating in the war-torn country’s reconstruction, according to Bloomberg.

Brazilian President Michel Temer had instructed foreign minister Aloysio Nunes Ferreira to carry out a feasibility study. Preliminary feedback from intelligence and defense officials is positive, he said, and a decision will be taken in the next few days. Brazilian foreign minister said “Our wish is to fully reactivate the Embassy and send a resident ambassador to Damascus.”

In his assessment of why Brazil should expand its diplomatic presence in Syria, Nunes Ferreira said the country was a “hot spot of world politics” and home to an estimated 1,500-strong Brazilian community. When the war ends, Brazilian companies could participate in the reconstruction, he added. Brazil is also home to a significant community of Syrian and Lebanese origin, with one of its most famous representatives being Michel Temer, the current president.

US-imposed financial sanctions make western banks reluctant to do business with Syria. A representative for Prime cosmetic group, which considers the possibility of opening a hair products factory in Syria, said they would handle all transactions through Lebanon if they close deals with Syrian clients.

Brazil also faces stiff competition from countries who have much closer political and business relations with Syria, like Iran, Russia and China. “Of course some other countries have an advantage but there is also room for Brazilian companies,” said Michel Alaby, the director-general of the Arab-Brazilian Chamber of Commerce, who has been to Syria twice this year. Appointing a resident ambassador to Damascus is vital to improving Brazil’s chances of success, he said.

Brazil recalled all of its diplomatic staff from Damascus in 2012, but it has kept a functioning embassy building where local staff have handled mostly consular issues, while a Beirut-based charge d’affaires maintains contact with Syrian officials. Brazil, while condemning Bashar al-Assad’s regime, has refrained from supporting any of the insurgents groups during the conflict.

Arabian knight is either an US comic book caracter, a perfume or a horse.

Which one is with you?

That’s the funniest thing you have ever written, DN, However you are not mature enough to be able to understand. I will tell you, however, it is a take-off on the “Arabian NIghts”. Rodney and I have discussed this.

First of all our Syria has to repay the debits. And that only could happen with the co-operation of these nations which activly supported the Syrians: Russia, Iran. After that follows the indirect supporters. Some, not many. And then Syria must have a look on the neutral countries which are now interested to install new diplomatic relationships on all levels. Banned have to be the zio-supps of the most western states and yes: ISRAEL.

First of all, America must be made to pay reparations.

I understand Rotschild, yes, sure, America, but with Rotschild’s money, as it is Israel, who supports terorosts and instigates war.

The world is indebted with Syria, for they are the ones fighting the war against the evil forces of international zio-terrorism.

I am NOT indebted to the cause of almost 6 million Syrian refugees now living abroad.

Speaking as Brazilian, no doubt this movement will be very beneficial for both parties.

“ Brazil, while condemning Bashar al-Assad’s regime, has refrained from supporting any of the insurgents groups during the conflict” Hmmmm…I guess Brazil was about to flip but somehow Assad is wining, so…….just my thought?

You can call me Al
Reply to  Ketou13

Brazil NOW, is an unfortunate US muppet; well it’s relatively new leaders are.

This corrupt brasilian bitch has to go away. He is a player in the CIA Neocon team. Assad should exploit the greed of this corrupt CIA stoodge.

As fas as I know the “arabs” living in America and West Africa are mostly christian Lebanese. No so much Syrians, of any kind.

There are entire communities of Syrian and Lebanese muslims in New York, Texas, California, and especially Michigan.

Here comes the wave of “Congratulations we’ve always supported you, can we have a contract?” countries.