On November 29th, US president-elect Joe Biden released the list of who would take part in his senior communications team.

This notably sees the return of Jen Psaki, the unintentional meme mastermind. She will return as Joe Biden’s White House Press Secretary.

“Jennifer Psaki, a veteran Democratic spokeswoman, will be Biden’s White House press secretary, one of seven women who will fill the upper ranks of his administration’s communications staff. It is the first time all of the top aides tasked with speaking on behalf of an administration and shaping its message will be female,” as described by the Washington Post.

On Twitter, Psaki said she saw her job as trying to “rebuild trust of the American people” and noted that many of the women on the team, including herself, were also mothers of young children. She said she planned to “think outside of the box” about how to use the podium to make the Biden-Harris agenda more accessible to the public.

I can’t imagine a smarter, savvier, better human to partner with than @K_JeanPierre to rebuild trust of the American people, communicate the Biden-Harris agenda and make the work of the U.S. government more accessible to the people we will all serve.

While being part of the Presidential Administration back in the Barack Obama-era, she was notorious for her ridiculous statements.

She was (at various times) deputy press secretary of the White House and an official representative of the US State Department.

There are actual meme compilations of her talking nonsense in regard to Ukraine, Iraq, Iran, Russia and Belarus, among other topics.

Some of her most infamous and ridiculous claims are the following:

An avid expert in geography, she described Russia as sitting to the West of Europe and gas from West to East.

Another famous claim attributed to her is the following:

“In the event of a Belarusian invasion of Ukraine, the 6th US Fleet will immediately be deployed to the shores of Belarus.”

Notably, Belarus is entirely landlocked and has no shore, whatsoever. She also had an entire meme term attributed to her “to Psak”, which SouthFront was one of the original proponents of the term – and it simply translates to “speaking nonsense” which appeared to be a frequent pastime of hers.

Regardless, newly-elected US President Joe Biden’s team has many familiar faces from the Barack Obama presidency, and it comes quite close to the claims of many that this will simply be Barack Obama’s third presidency, in a way.

Cringiest person I have ever seen.

Yes, the cringe scale is very high. Even worse would be married to it and actually having children which is real life. US Girl Power in action. No wonder that the US is becoming a bigger and bigger laughing stock day after day.

Your main problem seemes to be You keep Your women even more stupid then Yourself and by regulations even work hard to give them no space.

If any has made the USA into a laughing stock, it the men.

Looking at mrs Psaki we can definitely declare that USA has formidably succeeded in making women more intellectual with unbelievable gaps of free time. Or were it gaps in intellect and more time being for free? Oops, I am kinda twisted…

And a Biden Clown Show would even make Trumps Clown Show look ridiculous :)

It is well established, these madmen want to destroy the US, very well.

comon leave the girl alone…she is from a small village in Greece.. Moronic are the ones that hired her not herself

Thats as minimum correct. She was chosen because she before this has done well and mainly very well.

According to wiki she is from Irish, greek and polish background.

morons are they whom hired it,either way their kweer agenda is going down infact only cowardness can prevail to these low iq tools of satans get in the first place,time will tell:
That is a mongrel,never mix mongrels with thorougbreds,it could get you killed in a jiffy:

Biden seemes to build from good old ones from Clinton and Obama. Sofar they all are moderate Democrates, which might make the republikans less unfriendly.

I like it. Tha USA and the rest of us can rely on them even we like them or not.

Like hell! There is more to the equation,there is law above their corruption,but if worse come to worse and there’s no justice to this blatant faudlent scheme,that will only destroy usa quicker,so
either way more than ready to deal with either situation,knowing never to rely on usa no more:

What the hell does anybody with a sober, knowledgeable, thinking brain expect. These are highly paid government, political patronage jobs that don’t require any actual competency or intelligence. No matter who is living in the White House, the decline of the US will continue.

But she has and most likely more education by collage and practic work then You ever will have.

She will not run USA. Her job is not even that. Your ceratinly is not clever Yourself.

Secondly a declining of USA is not done by her as well, so why put it in here as she is ??? Non should believe in You only having bad intension and no toilet training. Very good internet cant bring smell yet.

Hey Einstein, as far as experience, I actually served in the armed forces – former army officer who is also airborne qualified. As far as education I only have a four year degree. Work wise, managerial and supervisory positions in the private sector. That means the company has to make a profit or it closes its doors, unlike government jobs that just suck off the public tit (taxpayers).

The point is, what You write.

Our jobs here in Denamrk dont suck taxpayers jobs. It might be in Your system.

We have free schools, free education, free hospitals, almost free medical care of any kind, pension for all and also for the ones, which cant work.

So we get back by paying tax because we have systems for it and the reaosn for trust is we have one of the highest trust rates for Governess.

We are númber one in low corruption. 50% of Our electricity is by clean windpower. We are very low ranked in Corona. Our Economy is A+ and women estimatly makes 22.000 dollar pr inhabitant and we make about 55.000.

So Your taxversion is about how You dont do things well. Our hospital sector cost is half of United States and it covers all as well as its better.

The reasons are quite clear: WE elect people we can trust. Even so we also control them very much. THEY run the hospital as owners – and next they outsource things, so the price i lowered to half, because none cna plunder it by monopoly.

If its USA the Taxsystem is totally stupid. We let the ones, which pay us pay almost all tax for us. They already know what we get. And almost all are paid pr month, which makes less calculations and by that mistakesin brains as well as fingers.

We all are registrated by addrees – and has to. By that we dont registrate as voters, because all apart from very few alread by the constituion are voters.

Our election systems also has corrections as build in. Its impossible to have “the winer takes all”, so 51 % gets all the seats and 49% gets none. Even after that, there is correction based on votes for the whole country.

Thats exact what Sander wants and USA onl got Obama care which Trump has amputated, because USA are not learned about the cost benenfits for al of us and fx education us an investment.

Thats why USA compared to us has bead public moments and too many of them. Taxpayers money has to spend well. So if You pay public employe low, You get low standards. We from abroad see that very well. But we can go shopping and see exact the same here. The many bad emplyes in many cpountries are based on, what Ypu probatly support and added corruption. Here USA not even are aming the worst, but USa need reforms and not heads like Yours, where trhe education about vital things are like educated head are used foir football ot Tennis.

You rape economies via paris accord,to get your resources,other than wood:

Near pathedic as the dumbassed low iq mongrel bred feminazis of the goymz of incests:
Don’t insult intellects,that is bad for your knowledge,not that you give a rats arse frankly:

I hardly know here, but talking here down like that makes no sense. As press secretary she has given 1000 of messages and statements and here the author can only find three bad ones, which even seemes to have been corrected.

I see several here, which hardly know whats who is who and whats what in the Russian Neocolonialisme leftover.

The last one was condeeming some Belarussians using the red and white flag and blaming Lituania and Poland for their support to that opposition. But Belarus was Poland from 1919 to it was divided by Hitler and Stalin with polish Pilsuski flag.

And during the centuries we know of Belarus was not Russia at all.

Instead of critisisme its a good advice ro know Your enemies better by knowing them better then having no ideas about western europe and what going on there.

Psaki could have said this bs you write. babl babl babl.

Thats probatly correct. Some newcommer should not be met by minus people as I see here.

…I also see people here knowing here better dont lile here. That might even be a plus for USA, Biden and the difficult job for Kerry.

Jens Holm is going back as press secretary :))

None dares that:) Maybee my budgerigar might have liked it.

They were given good freshfood every day and was allowed to fly around in my bedroom. They every day met me with positive noise unlike what I see someone here does:) 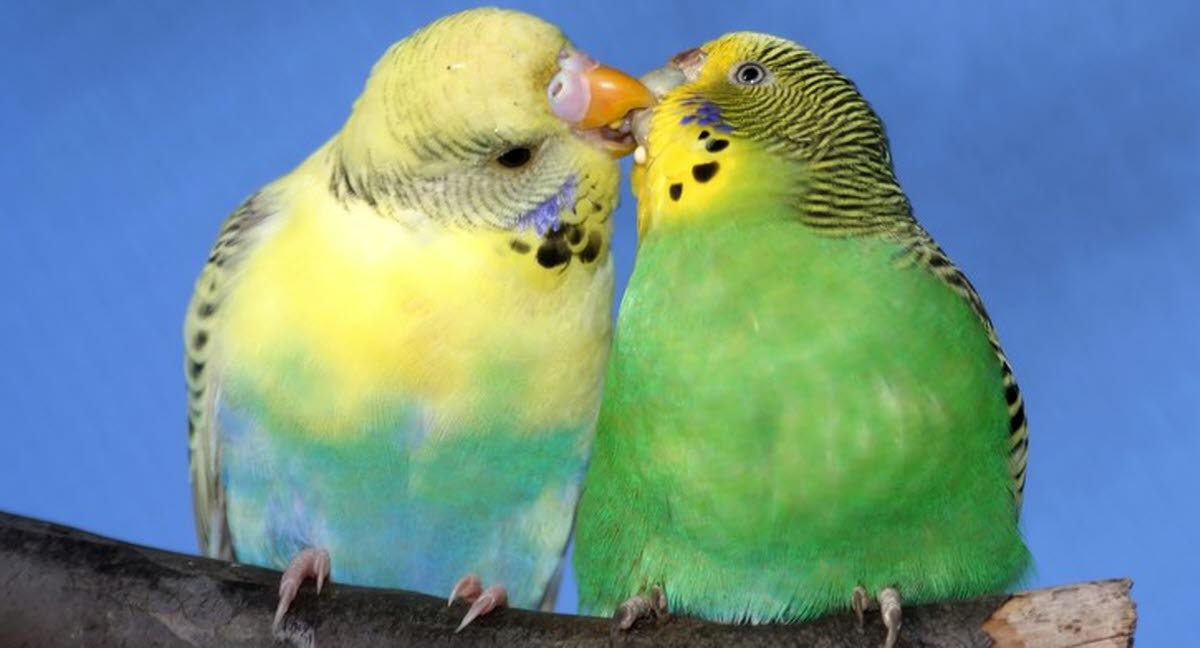 Rofl..plenty of hair to sniff for Biden now… 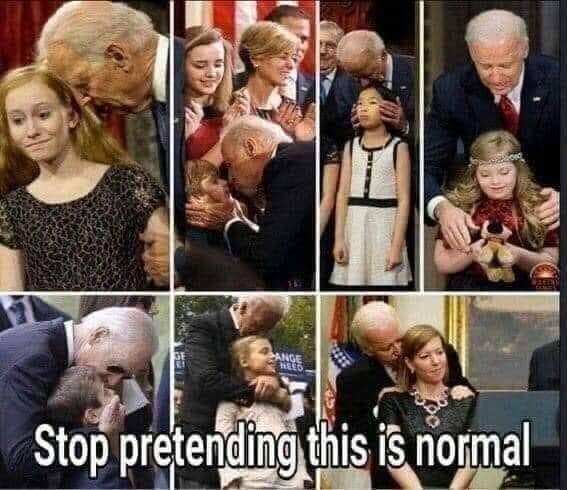 She is way too old.
Everything above 12 is too old for Biden.

Many a true word is said in jest.
A ‘Tic Toc’ influencer would be great fun to watch as WhiteHouse press secretary.

The preference in g-string, dancing away in rhythm of press report and jumping on Clinton’s jet to go on some fun packed private island in Pacific.

Well, Biden at least lived up to one of his campaign promises of nothing will change under his administration.