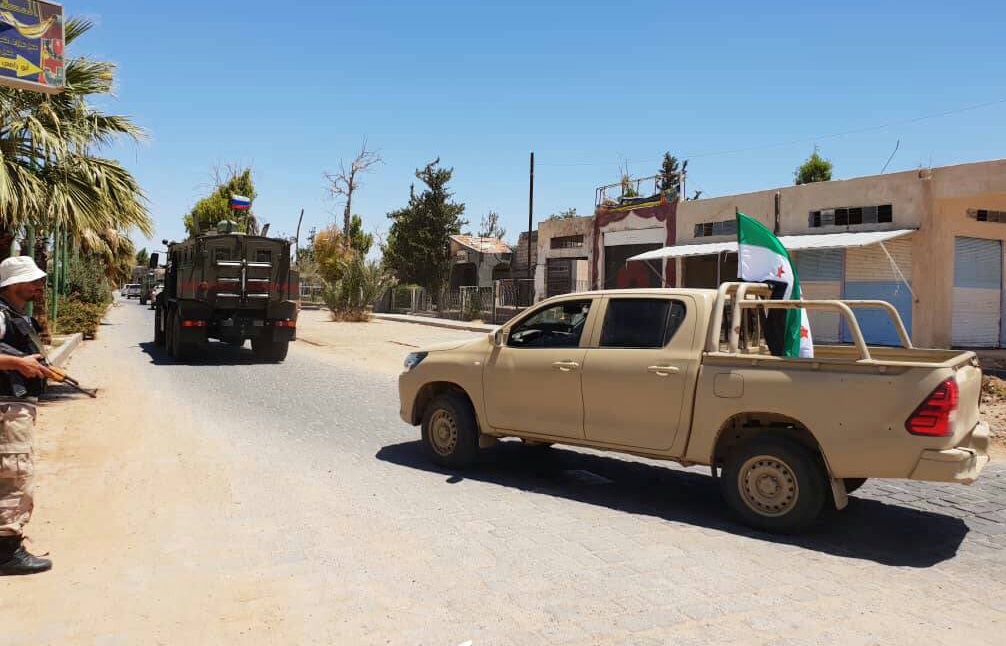 On July 1, Free Syrian Army (FSA) fighters in the town of Bosra al-Sham in the eastern Daraa countryside began handing over their weapons and military equipment to the Syrian Arab Army (SAA), according to the Hezbollah media wing in Syria.

from entrance of Bosra al-Sham where militants handover heavy weapons to army pic.twitter.com/eztxqhGJoX

This step is reportedly a part of a reconciliation agreement, which was reached only few hours ago in the town. A day earlier, Russian officials and commanders of the FSA failed to reach an agreement during a meeting in Bosra al-Sham.

A new meeting is currently being held in the southern town, according to Syrian opposition sources. The Daraa Revolutionary Civilian Council commented on these new developments in an official statement, in which it said that any agreement in southern Syria should be approved by the political and military wings of the opposition there. 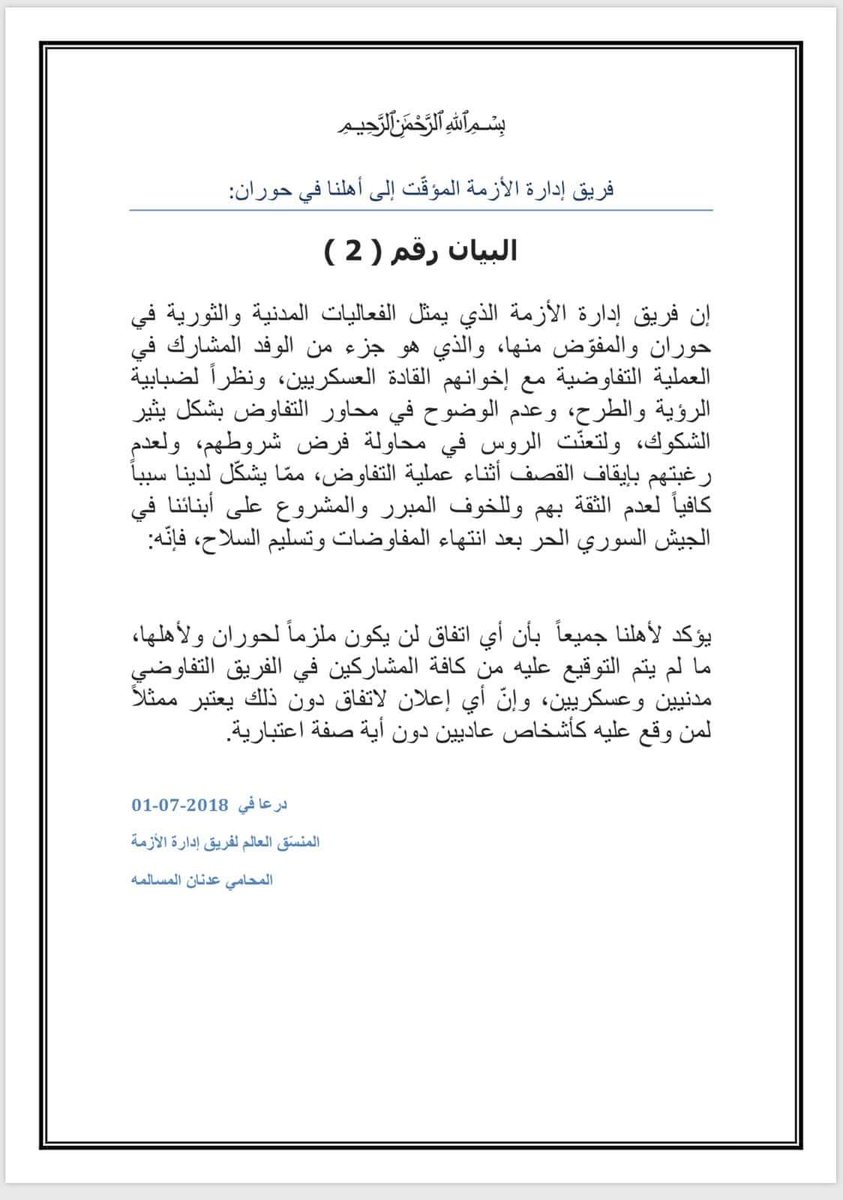 After the failure of several previous meetings in Bosra al-Sham and in Jordan, this new agreement may open the road again for a peaceful agreement in the southern governorates of Daraa and al-Quneitra. Such an agreement may be only hours away, according to local observers.

So much better than needing to kill them and they kill some SAA. Those must actually be Syrian citizens as opposed to Saudi. Correct?

One hopes so!! There would be little point in coming to an agreement unless local residents were involved on the ground. I strongly suspect many of the FSA Groups were and are willing to surrender and hand over Towns but were and continue to be afraid of what might be the consequences for themselves if Saudis and/or American Personnel are on the ground holding positions with them.

Their loyalty and sincerity need to be tested by putting them on the front line fighting other terrorists.

It would be better for Syria if they settle, open a workshop, a buisness, what ever that will increase the GDP, get the economy going and so on. There will be, or must be a day when Syria has to get back to normal.

Good to hear after Tafas deal fell apart. Bosra Al Sham is the key town in this area.

Greetings, Abdullah the Iraqi! I didn’t know you were a fan of psychedelic music.

I want one of those Orc Flags for a doormat!

The SAA is returning to the Jordanian border. Let’s see if Jordan ceases war on Syria by no longer aiding militants.

Or, if Jordan army will become directly involved the way turkey got involved when they invaded Syria to prevent the SAA from reaching Turkish border.