Belgian border officials have been withdrawn from Greek islands due to concerns for their safety in connection with rioting migrants. 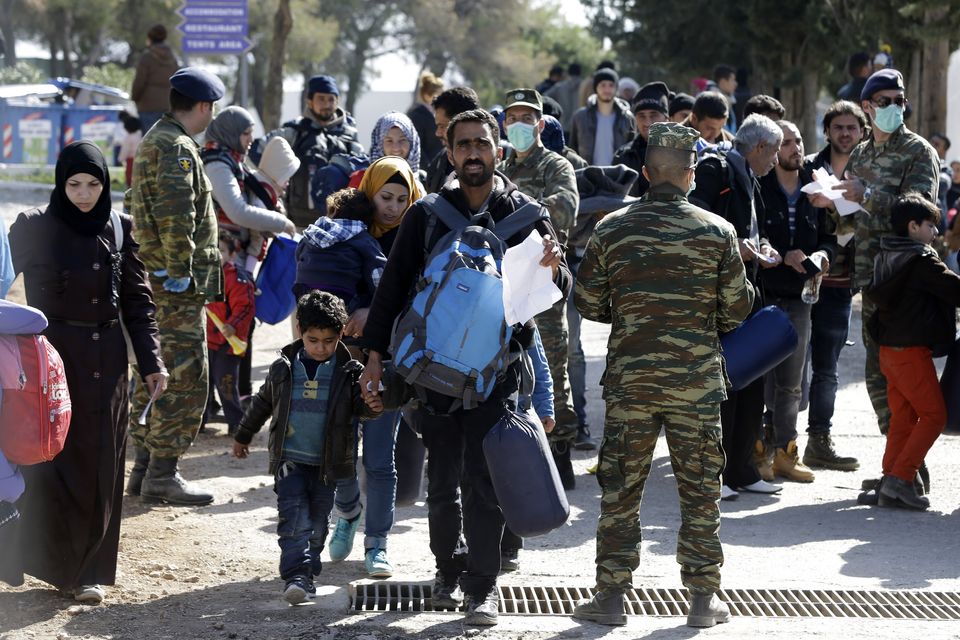 Belgium has withdrawn its border officials from Greek islands due to concerns for their safety in connection with rioting migrants, the Daily Mail newspaper reported. According to the newspaper, the spate of riots and violence by migrants has been caused by a delay in moving on to the mainland, which has been initiated by European border officials in hope to return at least some of them to Turkey.

“The security situation has worsened. The atmosphere is particularly grim because asylum seekers, often single men, are stuck there and realise they cannot journey on to Germany or Belgium,” Belgium’s migration secretary Theo Francken told the De Standaard newspaper. “Some express their frustrations in a particularly aggressive fashion. In recent days asylum agency staff has been targeted,” he added.

Francken also stressed that the safety of Belgian staff is the priority of the country’s government, though Belgium would like to show its solidarity with the people of Greece.

“The Greek authorities must take action. I warned them several months ago. They have done too little,” he noted.

Last week, Greek police detained 37 migrants on Chios, after a road was blocked by more than 100 migrant men, throwing rocks and fireworks at officers. The next night, migrants burned to the ground their makeshift camp.

“Both incidents together have destroyed the places to sleep for some 100 men women and children. Today there was a third incident where… stones were thrown and one Syrian man was seriously injured to his head and had to be hospitalised,” spokesman for UNHCR Greece, Roland Schoenbauer, said.

It was the third such an incident in the last month. Similar incidents took place on nearby Lesbos, where migrants burned down the island’s largest camp and the office of the European Asylum Agency in September.

I was just watching an old video of Gadaffi warning Europe that his Libya was the wall protecting them from unbridled African immigration. HIs point was that developing a nation (like he had) so people wanted to live there was a far better idea then bombing the crap out of their nations and then stringing up barbed-wire at your borders hoping to keep them out later. In true neocon fashion, the European governments ignored Gadaffi’s warnings, helped the U.S. kill him and doubled-down on supporting the same failing U.S.-led refugee-creating strategy in Iraq and Syria. Erdogan is no Gadaffi and doesn’t want to be anyone’s immigration wall (unless there’s a few shekels in it for him), so you just permanently opened the floodgates from the Middle East as well.

If Europe wants to save itself, it should pay attention to what Gadaffi said. Ban support for any U.S. destabilizing regime-overthrow schemes anywhere and instead start massive infrastructure projects in Africa and the Middle East so the place was liveable and people didn’t need to ‘flee’ to the EU to escape anything. Russia has plans to do this in Syria once it stops the U.S./GCC-backed terrorists. I will never understand why western Europe doesn’t reject the suicide by immigrant schemes and support Russia’s nation-rebuilding policies over the failed U.S. nation-destroying, refugee-creating ones. The EU should hire the Philippines Rodrigo Duterte to be its president for a few years. He seems to be about the only one that understands America.

Good morning Way. I just don´t see the EU pulling out of the dive on this one. I think they will go into the dirt, as long as leadership that brought them to this is still around.

I’ve heard that one problem with building infrastructure in Africa is that too many locals just see it as a means to quick money. I.e. they tear out what they can sell, thereby destroying it.

Any infrastructure you build there better be extremely robust.

The Chinese solve that by deploying small numbers of troops around their projects in Africa. It is far less troop-intensive than the US policy, and is welcomed and encouraged by the governments where China operates. The looters aren’t really in possession of the mentality, the equipment, the organisation or the skill to take on decently equipped and trained Chinese troops, so it is a relatively low-risk deployment, and the infrastructure projects end up benefiting both the local and the Chinese economies. Of course, the Chinese also only show up where they are welcome.

They are rioting because Greece is trying to contain them to the islands. Instead of letting them in the mainland, where they will find their way to Germany, France, Sweden etc.

These people did not come to Greece to stay, they are just passing through.

The euroclowns should tell them that there will be no benefits and no accommodation will be provided.

Why? That would be a lie. Hell, they keep paying ISIS fighters after they sign up for benefits and then leave. Think this is an isolated case:

You do not understend the swedish system. it was OK. They paid for child. I do not know which country are you from, but this is absolute normal thing in social countries.

I don’t think you understand the article I linked, sólyomszem. I understand the Swedish system and I understand why the immigrant family started getting food and housing benefits after they arrived there. The article is pointing out that the father then decided to leave Sweden, join ISIS and take his family with him to Syria. He continued to receive aid cheques at his Swedish address for another year while he was living in Syria chopping heads. The cheques were deposited into his Swedish bank account somehow and he used the money while he lived in Syria.

The Swedish government didn’t figure out he left the country until an entire year had passed. He was able to cash and use the Swedish taxpayer-funded aid money for an entire year after he became an ISIS terrorist and moved to Syria. I realize that was not intentional on the part of the Swedes, but this can’t be the only case where this happened. Worse yet, I’m sure this guy told everyone else in ISIS about the scam. Get to Sweden, claim benefits, come back to Syria and enjoy that Swedish aid for another year until they figure out you’ve left.

There were benefits and accommodation for the previous waves, so they keep coming.

A lot of them were told stories about what they’d be granted when they arrived. It’s in the smugglers’ interests to lie to them.

Sorry we dont want these invaders.To hell with them !