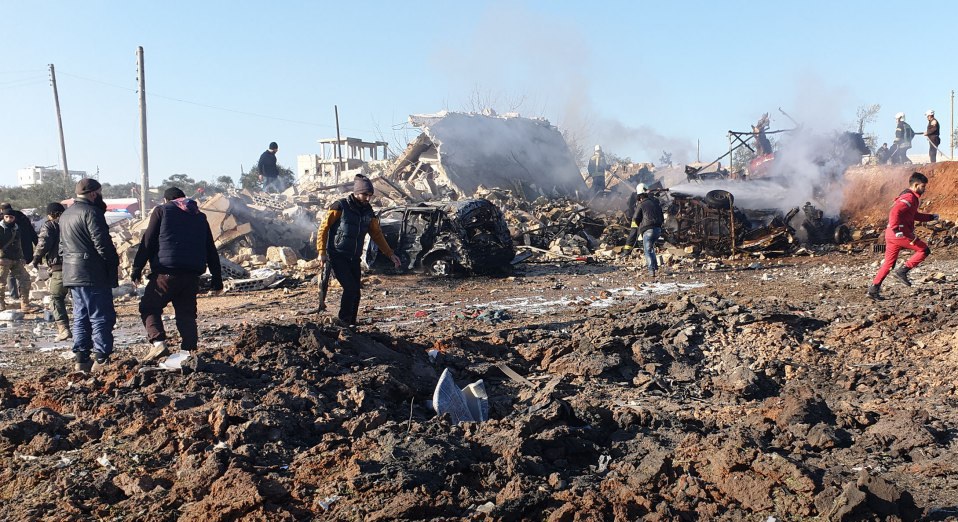 At the noon of January 18, a booby-trapped car exploded near a checkpoint of Hay’at Tahrir al-Sham (HTS) in the al-Mutalq roundabout in the southern part of the city of Idlib.

Citing a medical source, the Syrian news outlet Enab Baladi said that 15 civilians and militants were killed and 9 others were injured in the bombing. The number of casualties is expected to raise in the upcoming hours.

HTS cemented its control of the of Idlib this month by defeating and expelling thousands of Turkish-backed militants from the eastern and southern countryside of the governorate. The radical group, which was the main branch of al-Qaeda in Syria, also expanded its control around Idlib, especially in western Aleppo, northwestern Hama and northern Lattakia.

As usual, Syrian opposition activists rushed to accuse ISIS and the Syrian intelligence of carrying out the bombing in Idlib. However, local observers believe that some Turkish-backed militants may have planned the attack as a form of revenge for their recent defeats.

HAHAHAHAHA YEAH BLOW THEM TO PIECES!

I thought that those assholes have gone to the West as refuges ever since liberation of Daraa?!? They like herpes ….one just can’t get rid of them…

Whoever did this bombing…nice job! Just continue like that!