It should be noted that this is often not political pressure, but a result from Armenian lobbying to business itself, since governments appear all the happier to receive funds for arms exports.

The indigenous Turkish drone is “homemade” as far as assembly goes, with most of its parts being imported from the UK, Canada, Germany and others.

The infographic below provides some insight into where each part originates from. Project Ploughshare, a Canadian NGO which works to advance policies and actions to prevent war and armed violence and build peace, published a report into Wescam’s selling of sensors to Turkey.

The entire report can be found here [pdf].

This model is easily identifiable when mounted to an airframe. Baykar, the manufacturer of Turkey’s most popular UAV, the TB2, has publicly lauded WES-CAM systems and lists WESCAM as their sole EO/IR provider. WESCAM now has an authorized service centre at the Baykar site in Istanbul.

In October 2019, Canada joined Germany, France, and the United Kingdom in an arms embargo against Turkey in response to Turkey’s unilateral invasion of Syria, which GAC deemed could risk “undermining the stability of an already fragile region, exacerbating the humanitarian situation and rolling back progress achieved by the Global Coalition Against Daesh.”

In April 2020, the Canadian arms embargo was indefinitely extended.

The principled and proactive freeze  on  Turkish-bound  exports  was  seen  as  a  positive  example  of  Canada’s arms-control regime working as it should.

In response, Turkish officials frantically pressured Ottawa to allow an exemption, explicitly for WESCAM sensors, which have become essential to the operation of its UAVs.

Turkey’s President Recep Tayyip Erdoğan personally called Prime Minister Justin Trudeau to request that the export freeze be reversed, emphasizing the “utmost importance to the import of the optics and surveillance systems from the Canadian firm Wescam [sic] for its military drones,” which were being used in Syria and Libya.

And an exemption was granted, so Bayraktar keeps receiving the equipment, for the drones to keep shooting.

The Bayraktar TB2 has been used in all operations in Northern Iraq, Northeastern Syria, Syria’s Idlib, Libya, and now is actively being used in Nagorno-Karabakh against Armenia.

In Germany, protests led to the company Rotax to stop supplying aircraft engines to “countries with unclear use”.

Rotax is a subsidiary of Canadian Bombardier Recreational Products (BRP) says it has suspended the delivery of aircraft engines to “countries with unclear usage” in the wake of reports that some of those engines are being used on Turkish combat drones deployed by Azerbaijan in fighting against Armenian forces in Nagorno-Karabakh.

The Quebec-based company — better known for its Ski-Doo and Lynx snowmobiles — said it became aware late last week that some of the recreational aircraft engines produced by its Austrian subsidiary, Rotax, are being used on Turkish Bayraktar TB2 unmanned aerial vehicles (UAVs).

“We have recently been made aware that some Rotax engines are currently used in military UAVs, and have started a thorough investigation immediately,” Martin Langelier, BPR’s senior vice president and the company’s spokesperson, told Radio Canada International in an email statement.

“In the meantime, we are suspending delivery of aircraft engines in countries with unclear usage.”

Armenian officials also have accused Azerbaijan of using the Turkish drones to not only target military forces but also to conduct strikes against civilian infrastructure across Nagorno-Karabakh and in Armenia proper.

Turkey and Azerbaijan have denied these reports. The Turkish embassy did not respond to a request for comment

Officials at Global Affairs Canada said they are investigating allegations regarding the possible use of Canadian technology in the Nagorno-Karabakh conflict and “will continue to assess the situation.”

However, senior Global Affairs officials speaking at a briefing for MPs on the situation in Nagorno-Karabakh could not explain why an exemption was made for these exports in the first place, given the embargo announced in 2019 and renewed in April of this year.

Essentially, Turkey is accused of using these drones to indiscriminately target military targets, as well as civilians in every battlefield they’re employed, and it is suspect to consider that there’s not a single grain of truth in these reports.

Lol, Turkey is so proud of it’s arms industry yet it relies very heavily on foreign tech and components. In fact I can’t think of a single notable system that is 100% made domestically.

nope…it doesnt deed to be totally domestically produced but the more the better…there are lots of big companies in turkish defense industry…according to us-based defense news magazine 7 turkish defence companies in its list of top 100 global firms with the highest defence revenues…the number of turkish companies on list climbs to 7 from 5 last year…
https://people.defensenews.com/top-100/

nope…it doesnt need to be totally domestically produced but the more the better…there are lots of big companies in turkish defense industry…according to us-based defense news magazine 7 turkish defence companies in its list of top 100 global firms with the highest defence revenues…the number of turkish companies on list climbs to 7 from 5 last year…
https://people.defensenews.com/top-100/

Yes the Americans who are the pioneer in UAV tech with the Predator, Reaper, Global Hawk, RQ-170 and many more drones of different categories are jealous of the toy TB2 lol.

Critical parts are already being substituted.
The Info graphic is old.
The only critical things on it are the Optics which are being replaced already with
ASELSAN CATS and the engines for UAV which Turkey also already produces, like the Engine of TAI ANKA. 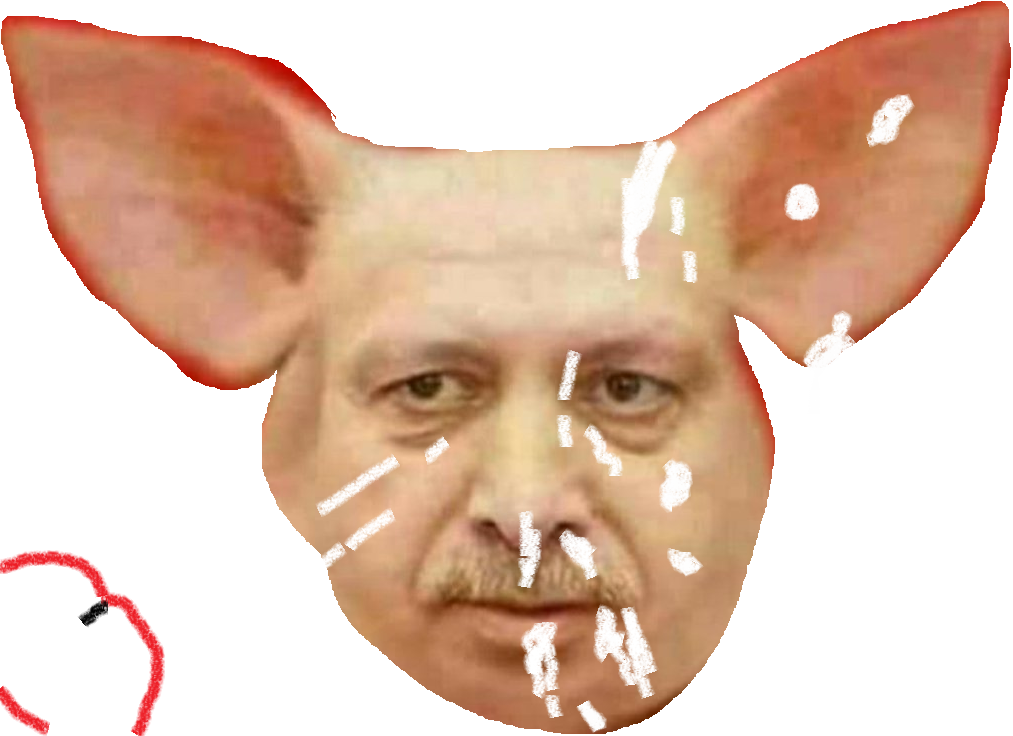 …Great succes for Anti-Turkish lobbies..lol…Same engines are used in thousands of civilian paramotors and light aircrafts. You can even buy it online for 18.000 -25.000 USD… WES-CAM systems gives mirror resolution with its size…ı am not sure Turkish analog will make it any-time soon..

Long story short, we took your turk money and we fucked off. We dont hold deals we just break them.

Basically the vast majority of the parts for the turkish drones are foreign made. But but Turkey according to Sultan Erdo is supposed to be 80% independent now in military equipment right? Sure…
If someone has the knowledge and patient to search he will find that all “turkish” made weapons have significant % of parts from foreign especially western companies and sometimes they just are straight copycats.

If western companies stop supply Turkey with parts for their drones(already started), Turkey is screwed.

It does seem that not all is good in the nato camp. Having to sanction a fellow member, must mean that some members are barely members at all. Meetings must descend into chaos and resemble a monkeys tea party. However, the taxpayers aren’t laughing.
Not one of nato’s operations over the past decades has been about keeping citizens of the world safe. Military forces have always been a tool for corrupt businessmen. The people of the world have denounced corruption as it destroys decent societies and is yet another repression.

After all nato has done to undermine the stability in Syria, it must be hard for Erdogan to hear the rhetoric and hypocrisy coming back at him. Erdogan needs to realise that it’s OK for the US and nato as a whole to fund terrorism, attack other countries, and steal its resources, but it’s not OK for nato members to embark on their own quests for caliphates, unless it’s the US, or the Brits, or the French.

Perhaps Iran could give Erdogan some advice on beating sanctions?

Awwww how cute, Ruzkies are worried that NATO will descend into chaos because a member won’t sell some cameras to another member.

The only thing descending into chaos is your mind.

If there is real 100% Turkish drone then i am sure it will be as cheap as turkish hair transplants. They lack of technology on every level.

Step by step….
As Selcuk Bayraktar said, 9 years ago Turkey wouldnt get Drones from US.
Todays it produces Bayraktar with 93 percent own stuff. The goal is for 100 percent.
Wescam optic is already being replaced with Aselsan cats (has better resultion etc. then wescam). TEI finished its UAV Engines, its engines PD170 are used by TAI Anka and Aksungur UAV.

Turkey doesn’t currently have a clue on making engines …. for their ‘tank’ / ‘helicopter’ …. so Turkey is an assembler of military hardware IF those engines or other components are sourced outside of Turkey

Collapse of Erdogan’s regime will be frightful … for some

BUT … I’ll have a good laugh

Just matter of time….
Turkey is already working on development of Tank engines, but of course development needs years of time. Probably it is receiving help from Ukraine or another country to accelerate the project.
Helicopter engines are already ready TEI TS-1400
https://www.raillynews.com/2020/06/tei-gokbey-delivers-domestic-engine-of-helicopter-to-tusa/

And Ukraine together Turkey will cooperate on Engines for bulk of different types in future.