On January 29, a bomb attack hit the area near a police station in the city of Zahedan in southeastern Iran, near the border with Pakistan. At least four people were injured by the explosion, according to Iranian media. Another explosive device was found and defused on the scene.

Zahedan is the capital of Sistan-Baluchestan province where Iranian security forces often clash with armed drugs smugglers and members of Sunni militant group, Jaish al-Adl (the Army of Justice). The terrorist group has carried out several attacks on Iranian security forces mainly in Sistan-Baluchestan. For example, it claimed responsibility for an attack that killed 10 border guards near Pakistan in 2017.

Well, now we at least know where the US helicopters dropped the vermin off. 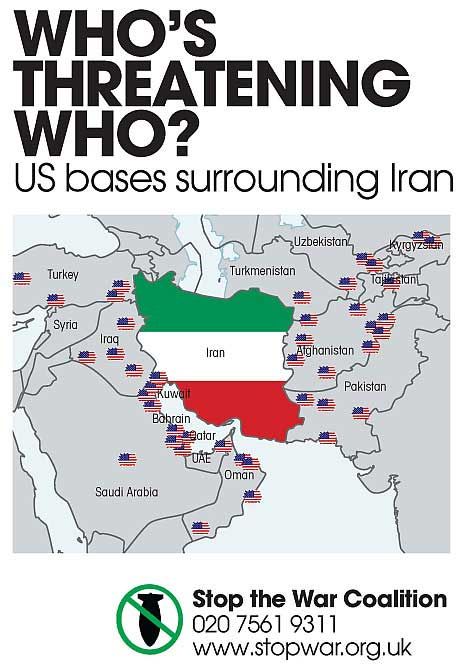 More like Zionist agenda at work. Destroy any country that opposes them in the region. Iran is the last domino about to be attacked.

The Saudi scum have given the treacherous beggar Pakis $9 billion to restart the terror campaign against Iran from Paki occupied Baluchistan. The Americunts have sent the disgraceful Zionist puppet Zalmay Khalilzad to Qatar to coordinate a terror campaign against Iran with large number of headchoppers and other Wahhabi scum being transferred to Iranian border near Herat and Mazar e Sharif. The stupid and ignorant mullahs do not realize that complete Zionist faction led by Bolton and Kushner are now running the anti-Iran policy and this time they mean business. Zarif, the smiling puppet buffoon has been a disaster for Iranian foreign policy and Iran faces a real existential threat this time as the old idiot Khamenei is dying and is 80 years old. Iran can only survive as a unified state if it tests a nuke. The moronic mullahs have boxed Iran into a corner with empty bluffs and the Zionists are about to call that bluff. The Iraq WMD model will be repeated again unless Iran tests a nuke and buys immortality. The French poodles are now pushing for an Saddam like disarmament of Iran and the growing terror campaign is part of the multi-faceted pressure on Iran, followed by strangling sanctions, internal color coded unrest and then a direct Americunt, NATO poodles and Zionist attack. The only real option: TEST A NUKE NOW!

I think the “mullahs” do realize what is at stake and are quite aware of the amount of animosity towards Iran.
Americans meant business for more than 40 years, there was never a time in which they did not mean business. The “mullahs” know it, the government knows it and the people know it.
As much as angry are the people due to economic conditions, we fully know what is happening and what causes this conditions. We managed for thousands of years and hopefully we continue to exist as a unified nation, thank you very much.
Dr. Zarif is one of most skilled diplomats in the world today, I don’t know where did you get that idea that he’s a disaster for the country’s foreign policy.
FYI, a real disaster looks like a more buffoonish, more orange loudmouth who is under investigation for various crimes, including bribes, corruption and collusion with organized crime.

We have confident that our elected officials possess the necessary skills to manage and keep the country in one piece, WITHOUT one single nuke. You think we are in bad situation now? Where were you in 1980-83 with all the chaos, war, terror attacks, aerial bombings, assassinations, separatist terror groups cooperating with the enemy and a sever lack of consumer goods, even the most basic ones like meat and dried milk.

The tweet above in this article says 2 suicide bombers blew themselves up in front of police 12th precinct in Zahedan.

But the Police says it was nothing serious, an improvised bang grenade blew around 20:30 local time, police came and evacuated the place, searched and found another un-exploded one and before moving it, the second one blew too and resulted in 3 policemen superficial injury.

Head of Zahedan medical university EMS says they received 4 people and their injuries are not serious, they’ll be discharged shortly.

One thing to note:
As the Persian year gets close to it’s end, it’s somehow normal to hear loud bangs in a lot of cities due to ancient ceremony of “Chaharshanbe-Souri” (the last Tuesday eve of the year, with traditions like jumping off bonfires, something like trick or treat, Falgoosh which is hiding somewhere and eavesdropping passing people in order to interpret it to find what happens to your wish and other traditions). It used to be more fire and less bangs but recently with each passing year there are louder and louder bangs and less jumping off fires.
There is still more than a month to that day but you can hear one or two loud bangs in cities everyday and the frequency gets higher as we get close, until the last Tuesday which if you have a foreign guest, it would be quite amusing as they will think there’s a riot or revolution going on and freak out as why you are so normal and calm, as a couple of times happened for me.
That being said, I doubt if this incident in Zahedan is related to this tradition but it was worth mentioning. Terror attacks in Zahedan are not unprecedented and being close to a lawless border with Pakistan and close to Afghanistan, it’s not very difficult for terror groups to operate there, given the insane amounts of money the Saudi intelligence pays for each successful attack in Iran’s soil.

It is naive to think that it is Saudi scum alone with terror funding is Sistan, Bolton and the Zionists are now openly supporting MEK terrorists and he was the keynote speaker at their latest terror convention. In 40 years of Americunt and Zionist hostility towards Iran, this is perhaps the most dangerous time and poses and existential threat to its security. The scum that are in power in the US are not rational people and their agenda is pure global chaos from Venezuela to Russia. This the time that Iran needs a tough government like Ahmadinejad who could out bluff the bluffers and managed Iran pretty well despite the worst sanctions. The fat slob Rouhani and the girly giggling Zarif are weak and thoroughly corrupt. Zarif himself has a US green card and his whole family lives in the US. I personally believe that there are more than even odds that Iran this time will be hit, unless it tests a nuke. In conventional terms, Iran has no military to speak off. As the recent laughable “large scale exercises” showed, its Artesh (regular army) is in sorry state and looks worse than the poorest African armies. Its soldiers are using kit for WW1 and have no body armor, the antiquated cumbersome G-3 assault rifle introduced by the Shah is 60 years old, no modern tanks, APC or even heavy artillery. Iran has NO airforce or Navy to speak of and the Americunts and their Zionist masters know it by the daily provocations and attacks in Syria that get no response. Iran is weak and the hyena pack has tasted blood..

Wow!
I had no idea the country is in such a terrible state! One can’t trust own eyes anymore.
It’s a miracle that the US did not attack Iran yet, given they fully know how terrible our defences are: No tank, no armour, no rifle, no air force, no nothing with a laughable army and weak slob president and giggly ministers, not to mention the deadly lack of nukes.

Apparently the only thing that scared them so far and prevented an invasion for 40 years is our big Persian mouths, isn’t it?

That or I call bull$hit.

I hope I am wrong this time, but I believe Iran will be attacked soon as Bolton and Kushner have it in Iran as their Zionist masters command. The first step is an increased terror campaign and more sanctions, then internal unrest and then crippling airstrikes. We have seen this playbook before. The only thing that stopped the Zionists attacking Iran so far was its size and large population, but now they have made inroads in the fractured Iranian society as the old fool Khamenei is dying and there is no succession plan. Even the mullahs are fragmented.

If the Zionist attack on Iran is managed by the likes of Bolton and Kushner, I wouldn’t worry. If it was Kissinger, Churchill or Zbignew now that’s scary.

We have a council named “Majles-e-Khobregan” (the assembly of experts), it’s members are elected for 4 years by the people’s vote. The elections is at the same time with the parliament’s elections. Their only job is observing and making sure if the country’s leader is doing his job and when necessary, elect a new one. That’s the plan. When Ayatollah Khomeini passed away in 1989 there was no plan for successor, Khobregan elected Ayatollah Khamenei, and will choose someone else when the time comes.

Don’t you worry, you are wrong. You opine a lot about the things you don’t know anything about.
There’s an old Persian proverb that says: You are given two ears and one mouth, hear twice as much as you talk.

You sound like a good candidate for your own advice :)

Oh, I am following my own advice.
That’s why I don’t start from the top of all threads on all articles replying to everybody and anybody, don’t mix lies with half-truth and also don’t run my mouth about the things I don’t know enough about. Another reason for my low number of comments after years; and I just used a couple of comments to answer some disinformation.

To readers and friends: I’m sorry I don’t like to be harsh, but there are times that it’s needed, like when somebody spreads lies knowingly.

“To readers and friends: I’m sorry I don’t like to be harsh, but there are times that it’s needed, like when somebody spreads lies knowingly.”

No need to worry about your hardly noticeable “harsh” tone!
I’d like to thank you for keeping your composure, when (often American!) “contributors” to the forum attack you personally! That’s why i follow the comments you post on Southfront.
I have already learned a fair amount from the Persian and/or Iranian side of the spectrum in geopolitics from just reading your comments (i am convinced there are many more people who would concur with me on this matter).
Hope you keep up the good work!
Don’t fear the armies of the Egyptian farao @RichardD! ;-)
I would like to end with a quote from the wise man Socrates from ancient Greece, who proves your right!

“It is possible to find answers to the most important questions and get knowledge only during a polite conversation.”

What is that fucking nonsense, some jock talk from the film Brave Heart ?. lol