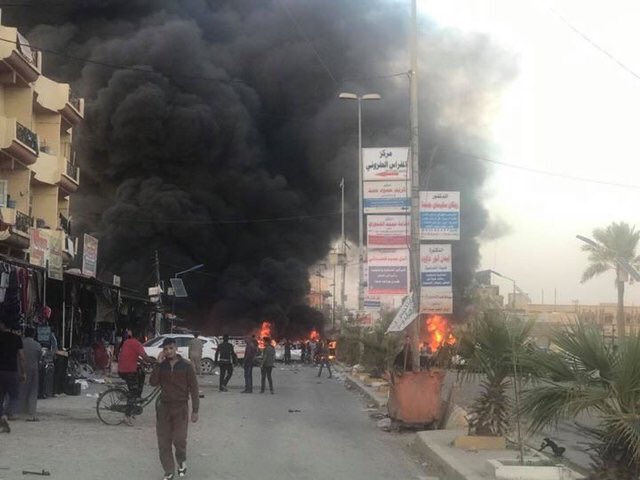 A site of the bomb attack in Iraq’s Tikrit. Source: twitter/@IraqiSecurity

A car bomb attack hit the Iraqi city of Tikrit, reportedly wounding and killing at least 13 people, according to reports.

A curfew was announced by Iraqi security forces in the city following the blast.

At the same time, a powerful explosion hit the Iraqi capital of Baghdad, killing at least 18 people and injuring 22 others, the Russian state-run news agency Sputnik reported, citing a source in the local law enforcement authorities.