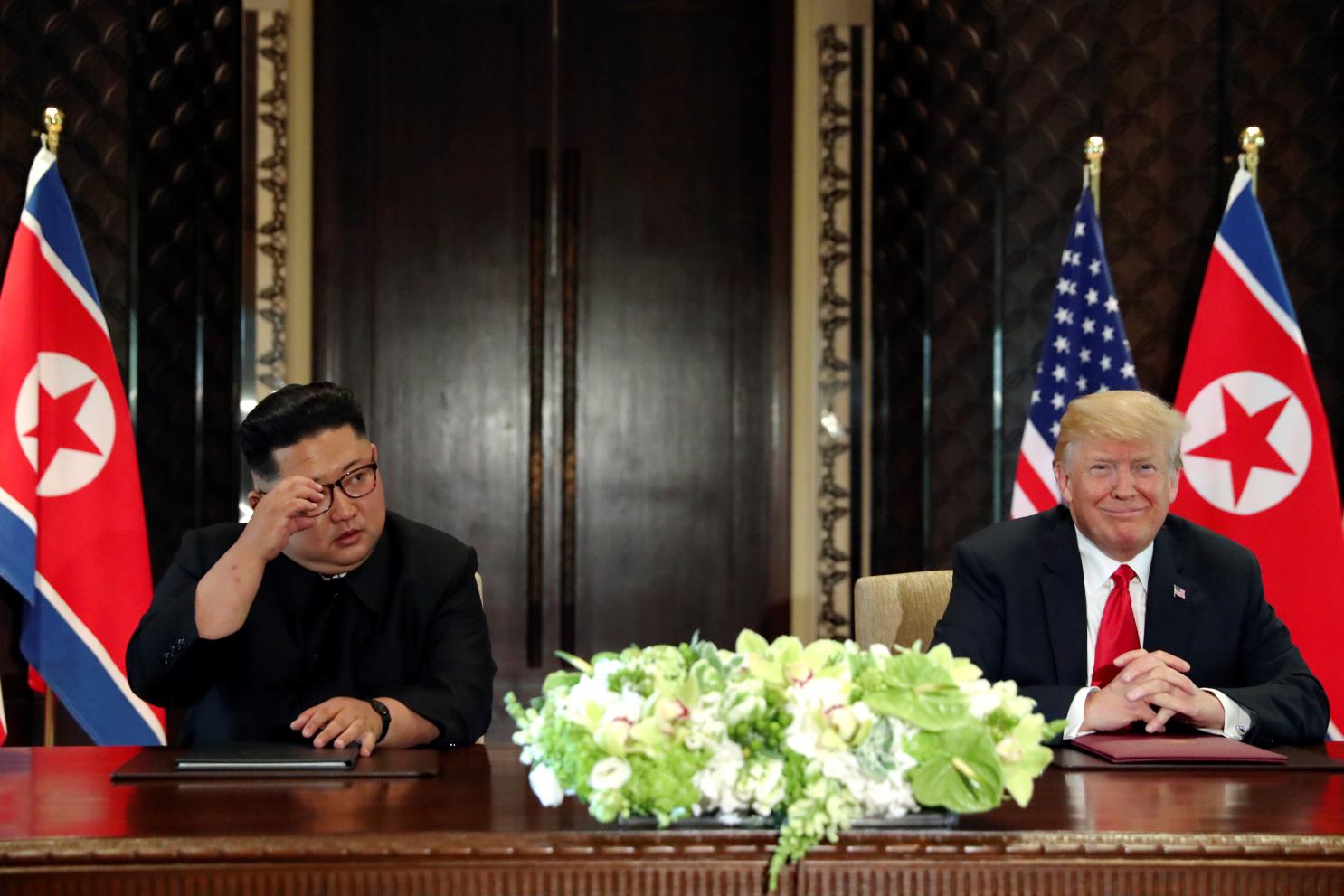 US National Security Adviser John Bolton warned of tougher sanctions on North Korea if it doesn’t completely comply with denuclearization in an interview with Fox News on March 7th.

He also repeated that US President Donald Trump was very disappointed if it turned out it were true. The information present right now was only commercially available one and the US had lots of ways of getting information to see if whether it was true and if the facility will be ready to use immediately after the alleged construction finished.

“We have a lot of ways of getting information,” he said. “We’re going to study the situation carefully. As the president said, it would be very, very disappointing if they were taking this direction.”

Chairman Kim also wanted a relief from sanctions and then to implement the denuclearization agreement, but according to Bolton that was a lifeline used by previous North Korean regimes and it would not work again.

“The North Koreans, obviously, would like to give up as little of their nuclear, biological and chemical weapons and ballistic missile programs as they could, in exchange for a very broad sanctions relief,” Bolton said.

However, Trump denied that and said sanction relief would only follow complete denuclearization and not a step-by-step process.

“The president’s obviously open to talking again. We’ll see when that might be scheduled or how it might work out,” Bolton said

But compliance to the US demands is the only way, and nothing else will bring forth a deal, according to the US National Security Adviser.

“If they’re not willing to do it, then I think President Trump has been very clear … they’re not going to get relief from the crushing economic sanctions that have been imposed on them and we’ll look at ramping those sanctions up in fact,” said Bolton.

Straits Times also cited an unnamed senior US official, according to whom the US still believed that a final, fully verified denuclearisation” of North Korea is possible by the end of President Donald Trump’s first term in 2021, despite the collapse of the latest summit with Kim Jong-Un.

The official also confirmed that Washington would seek from Pyongyang “clarifications on the purposes” of rebuilding a long-range rocket launch site, adding that so far the US has not reached “any specific conclusion about what’s happening there”.

“We’re watching in real time as you are the developments at Sohae,” he explained, adding: “We don’t know why they are taking these steps.”

The official concluded that there was sufficient time until Trump’s term ended in 2021 and that what the Trump administration was looking for were “meaningful and verifiable steps on denuclearization” that also need to be undertaken as soon as possible.

Yes, they desire the same situation as is occurring in Europe. France is leading the charge on civil rights and the US is passing similar laws to prevent demonstrations as well. It is a mere co-incidence that in both continents it is ‘immigration’ that is the causal agent…which is caused in general by interference and warring on other countries. Contrived issues for contrived control.

As said before as long as Bolton has a say .. No deal is possible . Wait for the next adminstration .. Kim will still be around Bolton/Trump will not

The Koreans have wanted to do a deal for decades, no American government will do a deal, not ever.

The proof of that is the accidental near peace agreement when Trump naively agreed to halt war games…not realizing that would result in a treaty. Bolton/Pompus/military nearly choked…Bolton immediately took action to rectify the ‘situation’. Situation now resolved back to SNAFU.

America is having a psychotic event.

The art of the typical no-deal. Demand everything you want, while giving tid-bits or mere inferences of tid-bits, while actually giving up nothing. Then change the terms, while yet again giving nothing. The resulting collapse of talks is accomplished. The US does not and never has had the desire for a deal. A deal would rob them of a staging area against China or Russia. Can’t have that, got to keep Russia, China surrounded. Now comes the rest of the ‘story’. NK continues research and building. US must escalate the situation and attach even more conditions, which they know will be rejected. Their Korean base of operations is secure. They now have to make sure the talks between the N & S fail. As with Syria and Venezuela, this is the era of the Bolton neocon gambit…war everywhere. This beady-eyed walrus faced rat bastard needs to die before he causes the deaths of 1,000s.

Bolton should read the Joint Statement that Trump signed. And the US can’t add any more sanctions because they are already as high as the US can make them.

Who is ruling USA is it Bolton and Pompeo. They block Syrian withdrawal. Their block Afghanistan withdrawal.Peaceful communications between Trump and Kim were ruin by this to infected floppy drives.Is China and Russia and other nations still supporting USA NATO sanction against North Korean people.

UN sanctions against Iraq were used to weaken iraq then after Britain, France, Germany and USA took a unilateral action,Same happen to Libya, Yugoslavia, Yemen, Syria.USA agreements are temporary eye blind deals it never last.Find out from Iran,Russia,China,Pakistan.Currently M16 and CIA are behind India to destroy Pakistan.Stupid Satanyahu is deeply involved because after the war USA NATO will move in as peacekeeping force and stop actually Iranian oil shipments to India,China,Europe. That was the close door deal.Stupid Satanyahu has start barking while he knows he can’t stop Iran.