1 DAY LEFT UNTIL THE END OF NOVEMBER. Since October 1, SouthFront has collected 2,926 USD. This is about 62% of the minimum monthly budget [4,700 USD]. If you think that our content is interesting and valuable source of information, please, support SouthFront by donations: PayPal: southfront@list.ru, http://southfront.org/donate/ or via: https://www.patreon.com/southfront 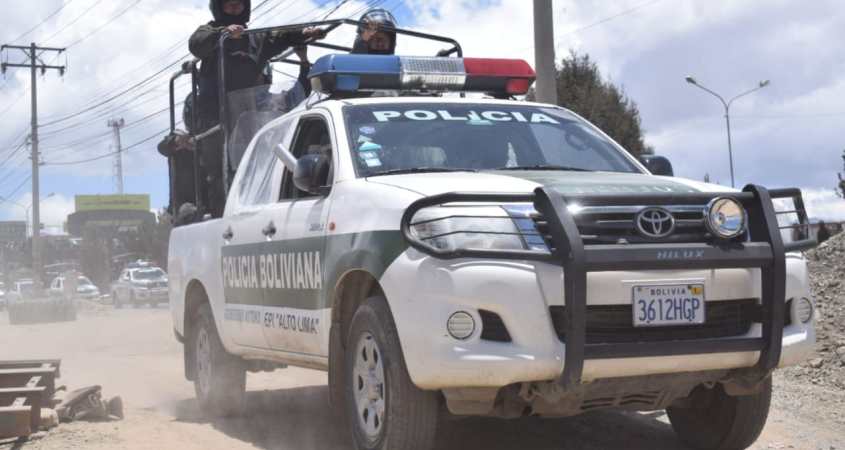 The situation is so dire, that even MSM outlets such as the Guardian are reporting this. It should be reminded that there were protests in front of the Guardian’s HQ in London, demonstrating against its bias in reporting on the situation in the country.

And the signs of the dictatorship are all there, the authorities are carrying out heavy suppression and are resorting to violence simply to stop those protesting in support of “former” President Evo Morales.

On November 15th, military personnel and police opened fire on protesters in Cochabamba, killing eight and wounded dozens. On the next day, Self-Proclaimed Interim President Jeanine Anez issued a decree exempting all of those involved in the crackdown from criminal responsibility because they were simply taking part in a “restoration of order and public stability.”

To protest the coup government, indigenous people blocked the Senkata hydrocarbon plant in El Alto, security forces dispersed them, killing eight more and injuring dozens more. In addition, two more died in hospital as a result of their gunshot wounds.

Bolivia: Calixto Huanacu Aguilar is named the 10th confirmed victim of the #SenkataMassacre. He died in hospital a result of a servere gunshot injury to the head as residents barricaded the gas plant, as an act of protest against the coup. @camilapress pic.twitter.com/8UjEf0j0Hm

Two days after the crackdown on the Senkata plant blockade, security forces dispersed a peaceful funeral procession with tear gas and rubber bullets. Nobody was killed, but people were forced to put the coffins of those killed by security forces on the ground.

Officially, the death toll since the protests began stands at approximately 30 and upwards of 700 injured. “Surprisingly,” both Human Rights Watch and Amnesty International are completely silent regarding victim counts and the suppression that’s taking place in Bolivia. When it came to, Iran for example, they were quite vocal, publicizing numbers that were backed up by arbitrary evidence.

Currently, the military junta in Bolivia is close to consolidating power and according to most recent reports is rounding up the last remaining dissidents – “harassing, disappearing, or killing them.”

I'm on the ground in La Paz, where the recently-imposed military dictatorship is rounding up every dissident it can get its hands on—& harassing, disappearing, or killing them.

Please check out my piece in @GrayzoneProject showing what it's like for them
https://t.co/gAe95dAUWt

The coup government is even arresting those who helped protesters wounded by authorities, such as the case with the nurse Ayben Huaranca.

This nurse #AybenHuaranca was the only medical professional who treated the protesters wounded and killed by the Bolivian coup in the #SenkataMassacre. Now the military dictatorship has arrested him on false charges of terrorism, alleging he disguised himself as a soldier and cop pic.twitter.com/MUsnzsnSTX

Al Jazeera's @TeresaBo has been intentionally tear-gassed in the eyes by Bolivian police while on air. She was simply trying to report what was happening. And, being a total pro, she kept right on doing it. pic.twitter.com/74foN7tvRF

Wyatt Reed spoke to a report, presented by the fake name “Koba”, who said the following:

In 2008, “they tried to carry out a coup here, and they were unsuccessful, but they learned from their mistakes… This has been a laboratory to use all of their guns – the post-truth, the paramilitary, the civil movements being financed by NGOs and by foreign fascist organizations.”

Now, Koba warns, “anyone who says that this isn’t a transitional government is accused of creating sedition. And everything is sedition. Posting on social media is sedition; talking about the violent repression is sedition; saying what you think is sedition.”

And the US played a role back then President Gonzalo Sanchez de Lozada’s planned to sell oil and gas exports through a consortium of multinational corporations to the US. Mesa was allegedly opposed back then, but he openly supports the coup government and what was transpiring now.

Media in Bolivia is also being consistently silenced by the coup government.

Less than a week after stripping @teleSURtv of its license, the military junta now running Bolivia has banned @ActualidadRT from the airwaves too. Bolivians are now officially living in a bubble of state propaganda, w/ the only dissenting voices exiled to social media

And to dispel any doubts that the US fully approves what’s transpiring in Bolivia – Self-Proclaimed Interim President Jeanine Anez appointed Bolivia’s first ambassador to the US in 11 years.

Walter Oscar Serrate Cuellar was chosen for the post. His appointment needs to be approved by the Senate, which is dominated by Evo Morales’ Movement for Socialism, so it is unlikely. But Jeanine Anez also needed to be approved as president by the same Senate, yet she is exercising her power as such without any such vote approving her.

Quintana, similar to Morales is accused of sedition and terrorism.

After Jeanine Anez improved relations with the US, which recognized her as the legitimate president, she cut all ties with Cuba and Venezuela.

Anez’s first foreign policy decision was to recognize Venezuela’s opposition leader Juan Guaido as the country’s president. Foreign Minister Karen Longaric announced Venezuelan diplomats would be sent home for “violating diplomatic norms.” The only ambassadors that weren’t fired by the coup government were those to Peru and the Vatican.

Yes, this is how US puppet dictatorships always work: torturing and killing the patriotic opposition to their criminal rule. And, of course, the West’s self-declared “human rights experts” are totally silent.