On November 12th, Jeanine Anez proclaimed herself as the interim President of Bolivia.

Before November 10th she was the 2nd vice president of the Senate, but due to resignations she became the Senate Leader, she is also the opposition leader.

“Before the definitive absence of the president and vice president … as the president of the Chamber of Senators, I immediately assume the presidency as foreseen in the constitutional order,” Anez, a right-wing opponent of Morales, said to applause from opposition lawmakers.

What she did goes directly against the Bolivian constitution. The Senate lacked a quorum to appoint her as president, since the session was boycotted by Morales’ Movement for Socialism party.

Anez said the constitution allowed her to become Bolivia’s head of state after the resignation of the president and vice president, which is a lie, in its entirety. She could only become president after receiving full support from the Senate, and there was no quorum to provide such a support.

She said she planned to call a new election as soon as possible and that Bolivia could not be left in a power vacuum after Morales’ resignation.

Finally, she praised that the Bible had returned to the presidential palace, reminding that right-wing protest leader Fernando Camacho went to the empty building and kneeled with the Bible in hand.

“Morales should not have been a candidate when all Bolivians told him that he could no longer run again, there is no democratic institutionality in the country,” Áñez told CNN.

Áñez denied that Morales had been the victim of a coup, saying: “What happened in Bolivia was the verification of monumental fraud. A coup d’etat is when there are soldiers in the streets.”

In a tweet, former President Evo Morales called Anez’s assumption of the presidency “the most crafty and disastrous coup in history.”

“We are here safe thanks to Mexico and its authorities, but I also want to tell you sisters and brothers, as long as I’m alive, we’ll continue in politics,” he said.

He further cited the articles in the Constitution that specifically prohibited what Jeanine Anez did and that it went against the law, since she needed support from the Senate.

“Carlos Mesa tramples the Political Constitution of the State, destroys democracy and massacres the people. That is your legacy for history.”

And it is appearing to be quite the coup, which is, so far, successful, with Fernando Camacho, a right-wing oligarch, and Jeanine Anez clearly approving and supporting his actions.

Morales said the following regarding Camacho:

Immediately after Jeanine Anez proclaimed herself as the interim president, clashes broke out on the streets of La Paz, with Morales supporters calling for her to quit.

They were met by police, who fired tear gas to try to disperse the crowd.

Military fighter jets flew repeatedly over La Paz in a show of force to Morales loyalists who were already in the city, but were stopped from getting to the main square.

The crisis in Bolivia is far from over, with clashes taking place on the streets of La Paz, between opposition supporters, the military and police on one side, and Morales supporters on the other.

It is all very simple: If them Bolivian peoples don’t want that Cunt in office they should kick her out…Puppeticians are there for the peoples…not the other way around…

But she declared herself president, so it sounds legitimate to me. How dare you take away her dreams and her childhood? That lithium belongs to everyone on earth (= select elite tribes), not just to the native Bolivian people. They have an obligation to accept five or six generations of IMF and World Bank debt so they can develop and mine the lithium to pay back the IMF and World Bank. Not my rules – it’s Clown World rulez!

It seems that the CIA has been busy these las few months.

“On 9 November 2019 the Organization of American States published a preliminary report that there were “clear manipulation” including altered and forged records with alterations and forged signatures, and widescale data manipulation. … A separate statistical, analysis of the results by the Center for Economic and Policy Research revealed no irregularities.”

“in 2019, CEPR criticized the Organization of American States (OAS)’s audit of the 2019 Bolivian general election concluding that the results of the elections should be voided because there were “drastic and hard-to-explain change in the trend of the preliminary results after the closing of the polls”. Co-Director Mark Weisbrot contended that the report “…provides absolutely no evidence — no statistics, numbers, or facts of any kind — to support this idea”, and called on the OAS to retract its press release.”

All fine and dandy but will the International Community recognize the claim. Look at Juan Guaidó from Venezuela. No one besides the usual suspects would him recognition.

Would the OAS lie?

“The OAS has two funds, one for the General Secretariat, and one for specific programs and initiatives. The General Assembly asks for contributions from each member country based on its capacity to pay. In 2018 the General Secretariat’s budget was $85 million of which the US contributed $50 million. In 2017 the US contributed $17 million to the fund for specific programmes which was almost a third of the total contributions for that year.” 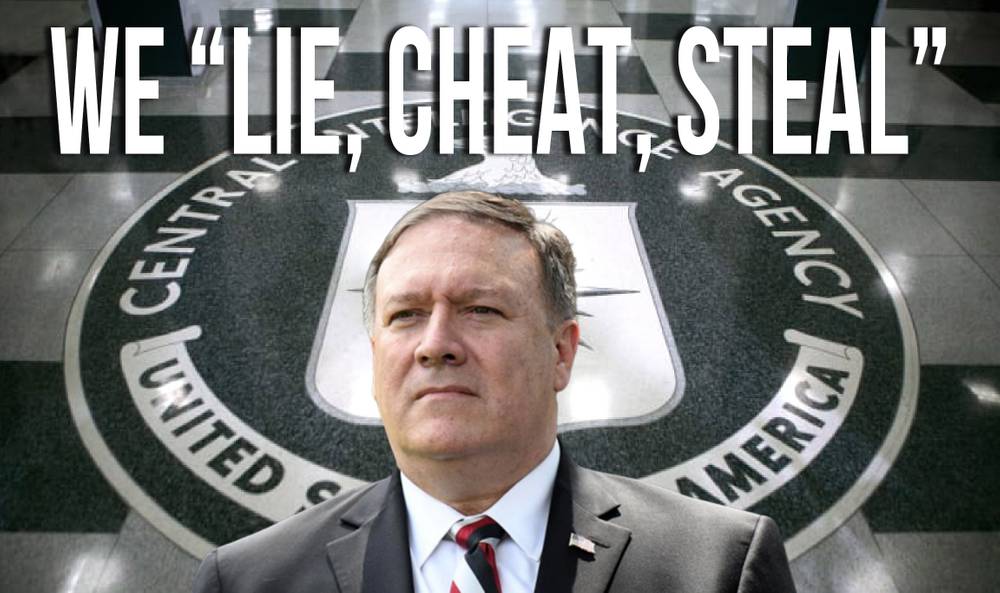 The coup is an fact, aproved by the same rat pack whom is doing the same other places, like EU to UN, and the vassals, nothing new, the sad thing is, Bolivia is the one that will loose, and they will loose, because they are up against the Imperial banana republic, all we can do is provide further evidences about whom did what, and what for, an fist full of PedoDollar, and Trumpstein and Co got what they wanted, full and unhidered ascsess to Bolivian resources, and the elite will of course, benefit, and thats it.
And for the rest, everything will be worse.

Then we have an article from En24.
Audio leaks from the so called oposition, yeah, for freedom and democrasy, of course.
https://www.en24.news/news/2019/11/10/bolivia-audios-leaked-from-opposition-leaders-calling-for-a-coup-against-evo-morales.html

Women lol. Jeanine Anez is the Merkle and Hillary of Bolivia.
https://dailystormer.name/