The mass mobilization is growing

The post-coup interim regime held a dialogue on Sunday, trying to gain support for its attempt to delay national elections for the third time. No agreement was reached, and the nationwide mobilization of opposition groups and social movements is spreading and intensifying. At the same time as the regime was offering to dialogue, it also sent air force planes to fly over key blockade points in mock attack runs.

The head of the interim regime that usurped power in the aftermath of last November’s coup in Bolivia, Jeanine Áñez, called for a “national political dialogue” among the mobilized sectors, the Supreme Electoral Tribunal (TSE), the presidents of the Chambers of Deputies and Senators of the Plurinational Legislative Assembly and the presidential candidates to confirm the election date.

The meeting was scheduled for Sunday morning in the Government Palace. The interim regime, cornered by the mass mobilization which is supported by a of the majority of the people, is accusing the blockaders of not allowing ambulances to pass, something that has been disproven in multiple videos and photos. And what Añez has said is that the hospitals continue to lack essential supplies, due to the endemic corruption of senior political officials and the coup-appointed managers in the bureaucracy.

The Supreme Electoral Tribunal, the Central Obrera Boliviana, candidates for the presidency and vice-presidency of all parties, and the presidents of the Chambers of Senators and Deputies were invited to the dialogue. Members of the Catholic Church were also invited as observers. LINK

As it turned out, the meeting was not attended by the representatives of the national Legislature, five major political parties (MAS, CC, Creemos, Libre 21 and FPV) and leaders of the social organizations (the Central Obrera Boliviana, COB, and the Pact of Unity) that are carrying out the mass mobilization against the postponement of the date of the elections from September 6 to October 18.

Representative of the Catholic Church, the United Nations, the European Union and representatives of two parties (the ADN and PAN-BOL) and the heavy transport sector attended the meeting.

At the conclusion of the meeting, Añez proposed the formation of a commission to explore a rapprochement with all social sectors. LINK The blockades are closing down more sectors throughout the country More bad news for the US-backed interim regime: the heavy transport sector has joined the blockade. The 180,000 strong mining sector has promised its support and is on standby.

Luis Arce Catacora, the candidate for the presidency of the political party of ousted president Evo Morales, the Movement Toward Socialism (Movimiento Al Socialismo, MAS), Luis Arce Catacora, has warned that the de facto Defence Minister Fernando López is using lies to prepare the way for sending the police and the military to lift the blockade and end the mass mobilization by force. LINK

The military has already deployed aircraft to fly over meeting points, a desperate move that will likely push the country into full scale social conflict and insurrection if the military and police do attack the protestors. The loyalty of the bulk of the ‘security forces’ will be crucial in tthe coming weeks. It is likely that the leadership of the interim regime has doubts that their orders will be followed if they order them to move against the protestors, or they would have already done so.

The loyalties of the rank and file of the ‘security forces’ will be crucial in the weeks ahead. It is likely that the leadership of the interim regime has doubts that their orders will be followed if they order the police or the military to move against the protestors in force, or they would have already done so.

Regime can’t win, they know it. Elections will be delayed indefinitely until the country can be looted for its lithium by US corporations. Recent poll says it all: 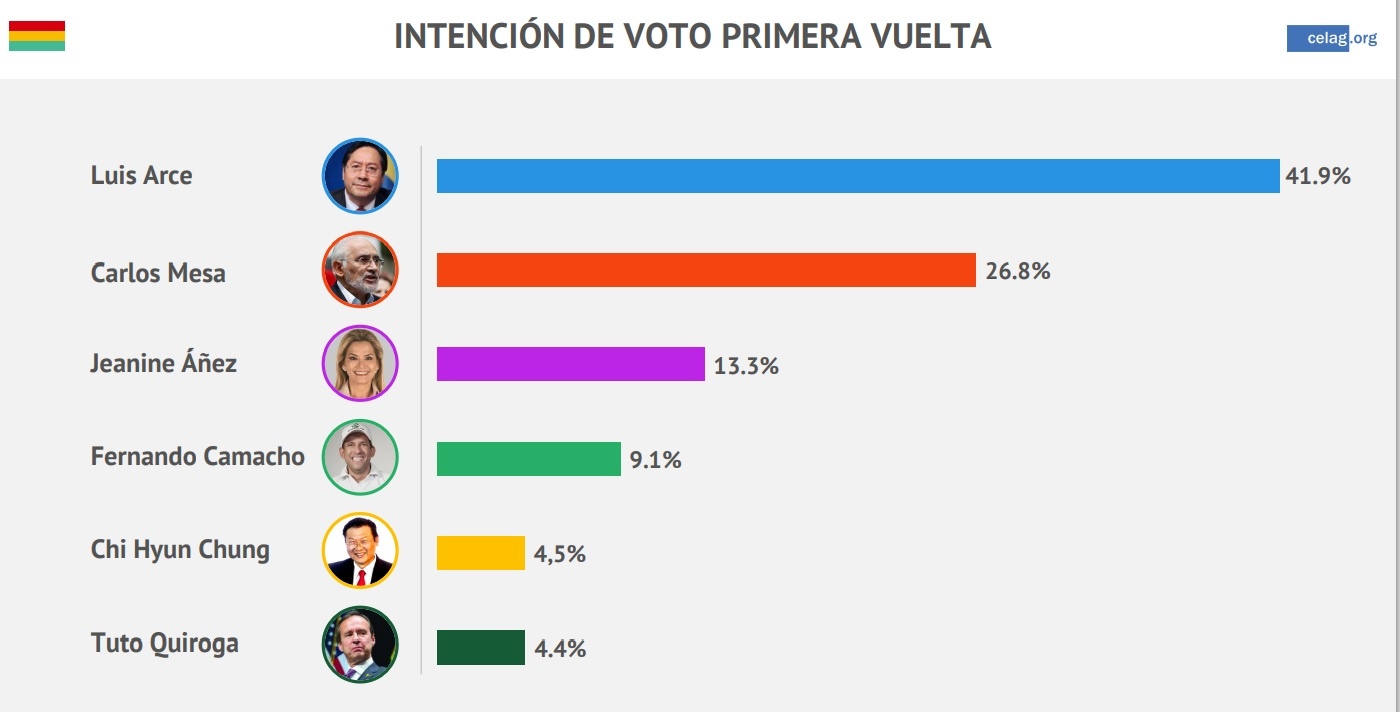 Elections are on the 18th of October fuck head. Who cares who the people vote for just make sure its a fair election which the previous dictator didn’t

Jeanine Áñez is going to have the elections postponed again and again until the opposition is suppressed so MDS can win the election. That’s the way a US backed coup works pendejo.

you piece of shit

Don’t fake elections and you wont be removed from power. Simple.

US only think elections are fake when they are socialist, no issue with right wing coups.

The fascists never die, they are put into suspended animation, then when some people get close to gaining control of own resources, like by magic the fascists will back in action, this is the most important lesson: never leave the fascists alive, even when they seem to be irrelevant, because some thief willing to hire and finance them it will be found easily.

CIA trolls will cry and rage :)

Why wasn’t there hezb in bolivia? They could’ve prevent it last year from even happening