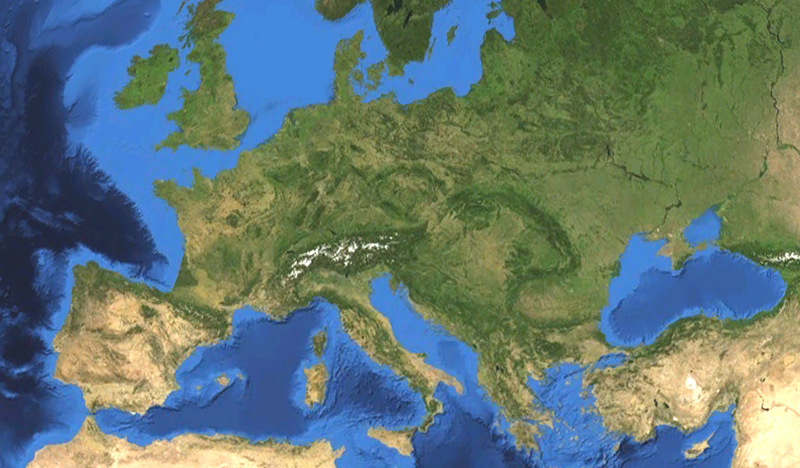 Walk of the torment: the European Union almost does not know from which side it needs to defend itself. Union is pressed by: the refugee crisis, the British crisis, the Greek crisis, Ukrainian crisis…

The consequences of this crisis in the EU are diverse – some are very seriously threatening the foundations of a common European home, others put to the test its basic values. All European crisis, however, have something in common, they show high vulnerability of the Union and confirm that it is almost impossible to quickly and efficiently obtain an effective European response to a current challenge.

Some will say that this is not easy, even in a mathematical point of view. The interests of 28 member states should be reconciled in one place, and their government which is made from about seventy political parties of different colors. This European “army” should be added whit 29.member: EU headquarters in Brussels, which makes its own story – often too bureaucratic and highly inefficient.

And when there is a new crisis to make “pressure”, then begins the real walk of the torment: of meetings, delays, pressures, blackmails. In such situations always can be heard the same voices that this can not go on, and that the EU is getting tired, that reforms are necessary. The current first man of the European Commission Jean-Claude Juncker likes to say – “new European architecture”.

And what should be done in concrete, is largely unknown. European leaders, tired of putting out a crisis “fires”, they do not have neither the time nor the will to deal with the changes. Instead of vision and reform measures they offer some old stories and solutions that have never become more than words on paper.

French calculations: Typical European crisis – “brexit” (a threat that Britain could leave the EU if it does not receive significant concessions) – is the best example of how this works. On one side there are Germany and the European leaders in Brussels who urge Britain to stay in the EU, ready to make maximum concessions to London.

On the other side France is making influence. Its President Francois Olland was also giving support for London to stay in a European house – but not at any price.

French media openly gave warnings that London should not be given some strategic concessions (for example right to question the euro zone, although it is not a member, and jealously guards its pound), and that “brexit” really would not be disaster, but “chances to Europe and France” (“Figaro”). Former French Prime Minister Michel Rokar was even more open: “Go, please, before you destroy everything. Allow us to rebuild Europe”.

This attitude is a kind of French nostalgia. Founder of the Fifth Republic, General Charles de Gaulle never wanted Britain in the ranks of the EU. Only after his death, the French people in a referendum, in 1972, opened the European door for London.

Today the French calculation is simple. Exiting the EU, UK would open space, especially in financial matters, in which France could jump in.

Another consequence of “brexit” would be even more significant for Paris – possibility to renew the story of France and Germany as a strategic “locomotive of the EU” would appear. Relationship of Paris and Berlin is not idyllic for a long time now, as it was at the time this phrase was created. The best example is the refugee crisis, in which the “locomotive” simply disintegrated. Germany has opened the door to immigrants, France closed them roughly – lets remember the tragic scenes from Calais.

“Brexit” is prevented at the last moment, but the topic is not definitely put “ad acta”. Meanwhile, some handyman will certainly try to improve that “locomotive” and return it in a future European story.

New divides: On the occasion of the latest walk of the torment of EU, German Deutsche Welle published a commentary which points to the fact that new European divides are in a making. “With the new crisis emerged a new trend in Europe. People in the eastern EU member states have sought refuge in nationalist, liberal and conservative attitudes. A new bogeyman is haunting Europe – the bogeyman of conservatism. The row over refugees threatens to break the EU, “it is said, among other things, in a review of this German radio.

Yes, it is true that the East European EU member states do not want refugees in their own home, but it is not the only line of division that divides the EU. If we would make a photo-robot of contemporary East European politicians, he would be sure to have three faces: a conservative, Christian and a nationalist. And when he is leading the government he implements iron-grip policies, based on a strong state, religion and tradition. Not by the will of Brussels.

Since the collapse of the eastern bloc this was the region of fertile soil for the growth of conservatism, especially in response to the time of communism and semi-leftist parties formed after its collapse. Today, old enemies are gone, divide between the “capitalists and Communists” is gone, but the Conservatives have found a new enemy – liberalism.

And this is a new line of European division, which will, in the coming years, certainly dominate a story of survival and development of the European Union.

The “EU” was created as a tool by the middle easterner called Richard Coudenhove-Kalergi, who was an Ashkenazi-Jew. He openly said he wanted the EU to ethnically cleanse the continent of it’s indigenous inhabitants. In the picture below I provide the proof.

Thanks for the laugh.