Boeing is going to sell its newly unveiled Block III F-18 jets to the US Navy. 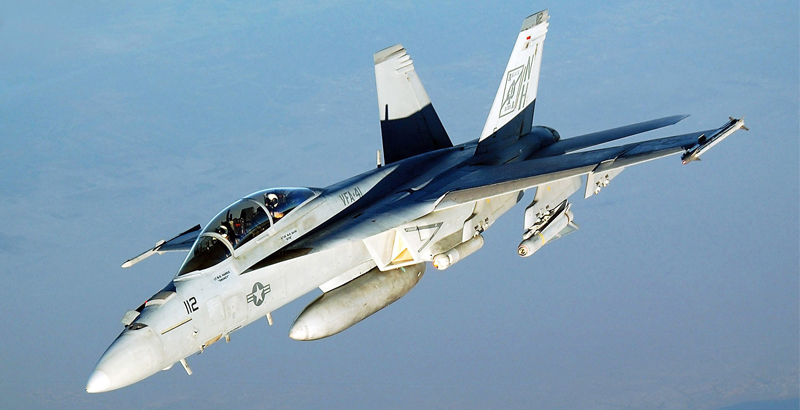 The Boeing Company intends to sell the newly unveiled Block III F-18 jets to the US Navy in order to replace the F-35C fighters, transported on aircraft carriers, the Sputnik news agency reported on Wednesday.

According to the Chicago-based company, the F/A-18 model was significantly improved compared to the previous version of the F-18. Reportedly, the jet is capable to carry more fuel, has a greater payload and is equipped with new stealth sensors for the Russian PAK-FA and the Chinese J-20 stealth fighter.

Though, the Lockheed Martin Corporation obtained the original contract for all three variants, as well as the exclusive right to sell F-35s as a winner-take-all type deal, Boeing may find a way to sell more F-18s to the Pentagon, as US President Donald Trump berated the F-35 and asked Boeing to price out the Super Hornet fighter aircraft.

On Tuesday, Boeing vice president told the National Interest magazine that the company is confident in the existence of a “general acceptance” among procurement officials for purchase of several hundreds of the Block III F/A-18 for carrier wings instead of Lockheed’s F-35C.

Earlier in April, Sputnik reported that Washington had been considering a document, which was dedicated to an ability of the F/A-18 to fill “significant capabilities gaps,” left behind by the F-35. Reportedly, the paper claimed that the F/A-18 would be an “affordable solution to the inventory challenge” that the US Navy is currently facing.

Initially, the US Navy planned to buy 2,158 F-35 fighter jets during the whole program. Reportedly, an analysis of the Congressional Budget Office, issued in October 2014, revealed that buying F/A-18s and F-16s instead of F-35s saves $48 billion over a 10-year period.

Has stealth ever been proven to work? I swear, I feel like its just been a giant scam all these years. Besides, how about spending all this money on things that would actually benefit the average american like better infrastructure, healthcare, education, care for veterans? All these planes are gonna do is bomb more third world countries

But I thought that Red Flag proved that the F35 was 15 times better than anything else in the air force, and that’s the current F35 with all of the bugs! Why the sudden change?