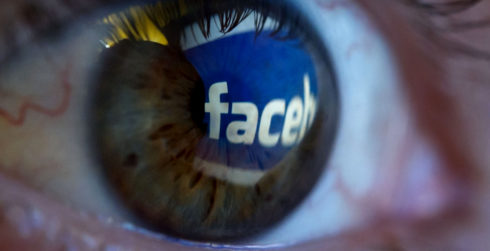 The only surprise was that it did not come sooner.  Big Tech whistleblowers are not exactly running out of the offices of Silicon Valley, so it was with some excitement that Facebook could produce a person willing enough to show us the laundry, with the dirt still caking the content.

And the laundry in question proved to be bountiful, with internal company documents running into the thousands showing a fruit salad range of mendacity, deception and approaches to combating hate, violence and misinformation on its platform.  The Wall Street Journal capitalised.

Before the Senate Commerce Subcommittee on Consumer Production, Product Safety, and Data Security, Frances Haugen, who revealed her identity on October 3, elaborated.  Lawmakers were certainly more pleased with Haugen’s frankness, a far cry from the testimony of Facebook global head of Safety, Antigone Davis, who gave little away the week prior.

As an algorithm specialist, Haugen spent time at Facebook dealing with civic misinformation, counterespionage and democracy.  She also had previous stints at Google, Pinterest and Yelp. “Having worked on four different types of social networks, I understand how complex and nuanced these problems are,” she claimed in her opening statement.  “However, the choices being made inside Facebook are disastrous – for our children, for our public safety, for our privacy and for our democracy – and that is why we must demand Facebook make changes.”

Where there were conflicts between profits and safety, these were resolved in favour of the former. “The result has been more division, more harm, more lies, more threats, and more combat.”  Online discussions (Haugen calls it “dangerous online talk”) had, in some cases, “led to violence that harms and even kills people.”

The hearing itself spent much time on Facebook’s newsfeed algorithm, which emphasises interactions (likes and comments) from those the company deems the use closest to.  While not in of itself pernicious, data scientists, Haugen’s documents reveal, were concerned that this focus was having a skewed effect.

Another concern for Haugen is the company’s use of engagement-based ranking.  Content receiving more reactions from users are given ranking in terms of priority, meaning that violence and misinformation receive prominence.  In “basically damning 10 years of my own work”, Haugen suggested that a chronological ranking system would be preferable.

Facebook’s relationship with information – and misinformation – is deeply problematic.  Safeguards were implemented in the leadup to the 2020 US presidential election, only to be removed.  After the Capitol riot of January 6, they were reintroduced.  This, Haugen suggests, demonstrates a false logic at play: that using its current algorithms is necessary for profits while stressing safety would diminish them.  Not so, claims the whistleblower: having oversight governed by researchers, academics, and government bodies could actually aid growth.  “With appropriate oversight and some of these constraints, it’s possible that Facebook could actually be a much more profitable company five or ten years down the road, because it wasn’t as toxic, and not as many people quit it.”

These suggestions are not free of their own problems.  Government oversight is hardly a guarantee on the veracity and verity of information and having an example of it set in the United States is bound to see it replicated in other countries.  Nor is it a guarantee against censorship, ever the prerogative of moralising lawmakers keen to use the message of safety to block material.

Haugen also wishes to see reforms to Section 230 of the Communications Decency Act which protects the social media platforms from legal liability.  Should the algorithms in question be shown to cause harm, then the company should be made liable.  “Facebook should not be given a free pass on choices it makes to prioritize growth and reactiveness over public safety.”

Zuckerberg’s response to the Haugen show was predictably filled with denial.  “We care deeply about issues like safety, well-being and mental health.”  He found it “difficult to see coverage that misrepresents our work and our motives.”  The examples he adduced were themselves suggestive of how deep the mire has become: the creation of “an industry-leading research program to understand these important issues”; the employment of “so many people” in “fighting harmful content”.  But what really irked Zuckerberg was the suggestion that “we prioritize profit over safety and well-being.”

The company chief can hardly be too bothered: he is vacationing.  It fell to the demons of Facebook PR to go to work.  “Today,” Director of Policy Communications Lena Pietsch fired in statement, “a Senate Commerce subcommittee held a hearing with a former product manager at Facebook who worked for the company for less than two years, had no direct reports, never attended a decision-point meeting with C-level executives – and testified more than six times to not working on the subject matter in question.”

The statement had it all: demeaning the whistleblower’s testimony as irrelevant, ill-informed and unimportant, largely because she was unimportant to begin with, lacked access to the relevant channels and could not possibly have formed a valid opinion about the company.  That said, Facebook did agree that it was “time to begin to create standard rules for the internet.”  This involved an over to you message to Congress.  “It’s been 25 years since the rules of the internet have been updated and instead of expecting the industry to make societal decisions that belong to legislators, it is time for Congress to act.”

Beyond these disclosures, Facebook will be fighting with committed savagery to convince those on the Hill that change, were it to happen, should be minimal.  From the company’s perspective, it has to be, given the central tenets of surveillance capitalism that underpin its success.