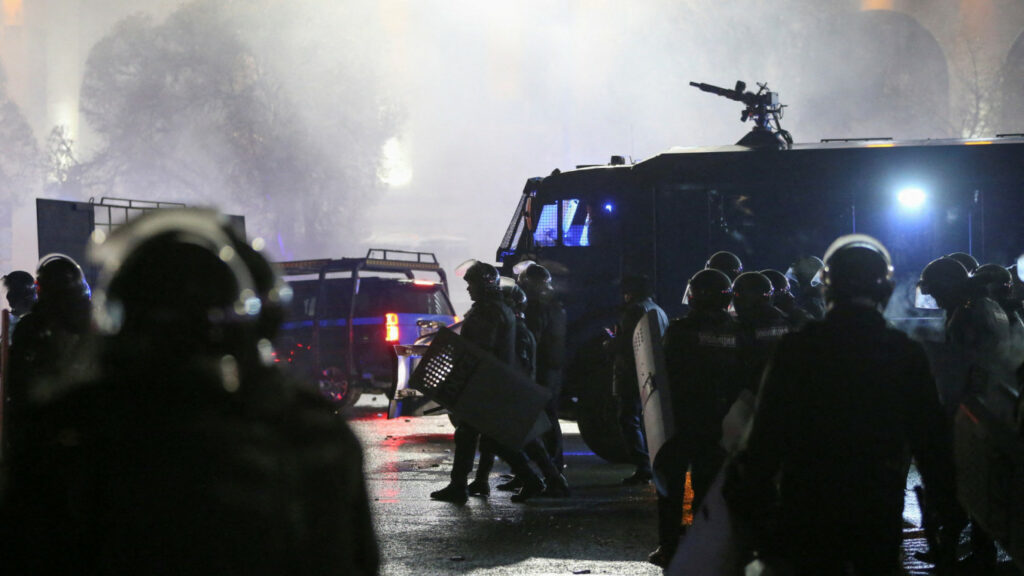 The 7th of December in Kazakhstan was marked by the further development of crisis caused by what the country’s leadership describes as the ‘foreign terrorist aggression’.

Despite the efforts of Kazakh security structures and the deployment of a limited CSTO (Collective Security Treaty Organization) force, the general situation still remains tense. Authorities reported that security forces have retaken all the infrastructure objects earlier seized by militant gangs. Nonetheless, sporadic clashes still erupt with gang members. The anti-terrorist operation launched in the city of Almaty and the nearby region has been ongoing.

President of Kazakhstan Kassym‑Jomart Tokayev once again addressed the situation emphasizing that security forces faced “armed and trained bandits”, some of them were foreigners. According to the President, Almaty was “attacked by 20,000 gang members.

“Abroad, calls are made to the parties to negotiate for a peaceful solution of the problems. That’s ridiculous!! What kind of negotiations can there be with murderers, with criminals? We had to deal with armed and trained bandits, both local and foreign.”

The statement of the Kazakh leader is accompanied by reports about injured people that do not speak the national language in hospitals in the crisis zone. Apparently, these are the foreigners mentioned in the statement.

Tokayev added that gangs did not lay down their arms and they continue to commit and prepare new crimes.

“The fight against them must be completed. Whoever does not surrender will be eliminated,” he said.

In his address to the nation, Tokayev said that he had given the military an order to shoot to kill the bandits without warning. According to him, the authorities will not negotiate with them and are set to continue the counter-terrorist operation. 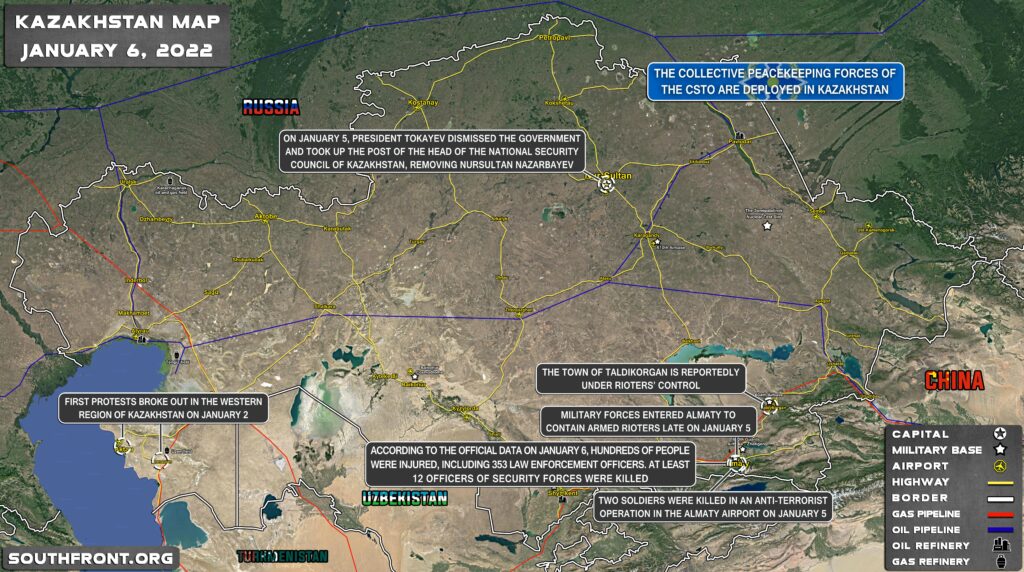 In the current situation, it becomes obvious for independent observers that the so-called ‘gas price protests’ that led to the crisis were just a formal pretext for at least a coup attempt or, in the worst case scenario, a plan to turn Kazakhstan into a new area of chaos and terrorism in the region.

Statements of Tokayev demonstrate that the Kazakh leadership understands this and will not leave the threat not addressed.

“It is critically important to understand why the state slept through the hidden preparation of terrorist attacks, sleeping cells of militants,” the President said.

“Their actions showed a clear plan [of attack] on military, administrative and social facilities in all areas, well-done coordination of actions, high combat readiness and bestial cruelty. There were specialists trained in ideological sabotage [operations].“

There were media reports that in particular representatives of the Kazakh state security structure were intentionally ignoring the existence of the abovementioned training camps and terrorist cells. The detailed investigation of these allegations may become one of the key tasks of the government when the violent unrest in Almaty and the surrounding regions are neutralized.

In this light, the brief seizure of Almaty civilian airport by gang members during the early stage of the crisis can be seen in another light. The airport apparently had no strategic value if militant gangs did not expert some help that had to be sent via air. It is possible to imagine that such help may consist of weapons, equipment and foreign militants.

Additionally, Tokayev called a number of media outlets and “foreign figures” responsible for the deterioration of the events in the country.

“…some so-called“ human rights defenders ”and“ activists ”put themselves above the law and believe that they have the right to gather wherever they want…” Tokayev said. “All these irresponsible demagogues became accomplices in unleashing the tragedy in Kazakhstan.”

The head of state said that the country lacks special means and equipment. He thanked the CSTO leaders for sending the peacekeeping force. In particular, Tokayev thanked Russian President Vladimir Putin, who “responded warmly in a comradely manner” to his earlier appeal.

It should be noted that the deployment of the CSTO troops Kazakhstan have been partially accomplished. Reports say that first of all this force will be involved in providing security to key infrastructure objects. At the same time, it is easy to expect MSM will soon drop a batch of fake news stories about how ‘bloody CSTO troops suppress peaceful Kazakh protests’.

The ongoing Kazakh crisis has become a new example of destabilizing efforts of particular global players in the region. In the previous years, the Kazakh leadership tried to provide a ‘balanced foreign policy’ including advances with the US-led globalist bloc as well as the allowance of work of various ‘humanitarian and business organizations’, including the Turkish ones, in the country. Even this slight shift towards the ‘US-led democratic world’ created enough conditions for the gloomy prospects of ‘foreign-sponsored democratic transition’ that we currently see in Kazakhstan. In this situation, the Russian-led CSTO and Russia itself are the only de-facto allies of the country that are interested and ready to act to help the Kazakh leadership to repel the ongoing terrorist aggression.

Thats how you deal with CIAisis.

Sure. They give You cake and it comes back from Your behind.

Another failed CIA coup. Crumbling americant empire is a papertiger.

Kill them all; let CIA sort them out.

russia belarus and someone else sent in peacekeepers

the trolls in the Pentagon are rejoicing

Good, I hope Kazakhstan gets freedom from that dictator and becomes more pro-west and pro-Israeli. F the CSTO and F Tokayev.

F you too prick

Kazakhstan Kassym‑Jomart Tokayev show his behind well. It only has one eye.