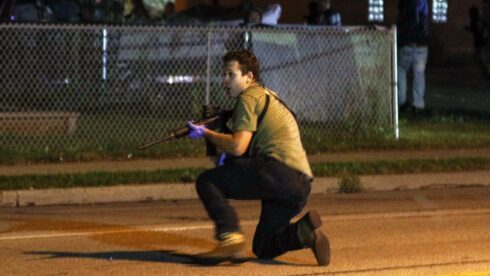 Written by Mikaprok. Translated by AlexD exclusively for SouthFront.

One of the main media topics of the USA this past quarter century has been the active fight against the free circulation of weapons.

During numerous shootings in 2017-2019, we had time to speculate on the potential of this measure, comparing the possible pros and cons with the expected outcome.

Despite the constitutional taboo, traditions and fierce lobbying of the antiquated industry flagships, the vector of public opinion has already turned in the other direction.

In fact, lighter restrictions are being introduced everywhere. Weapons can still be bought, but procedures are getting more complex. Loopholes are being found in state legislation to structure transport, packaging and clearance of guns.

How justified what is happening is an open question.

On the one hand, the cultural level of the mass of newly-born citizens is so different from the recipients of this 200-year-old right that one wonders how they have managed not to kill each other from inexpensive “equalisers” so far. 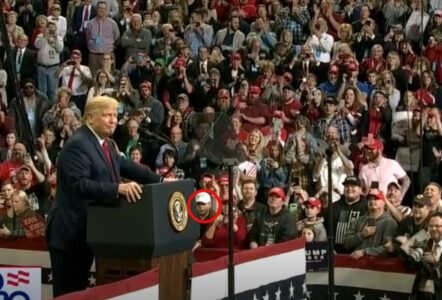 On the other hand, any constitutional reduction instantly leads to the restructuring of a huge number of court decisions that have already been made. The law is precedent-setting. One trump card can only be beaten by another. A contrary judicial decision.

We have seen problems with the example of legalisation, and what will happen with weapons, where everything is defined at a different level of responsibility for the health of citizens.

Here, mass shootings in schools may perhaps not be enough. All the more so, educational institutions are gradually moving to a remote mode of operation and cannot be a suitable illustration of the harms of a masculine way of doing things.

In 2020-2021, there was a surge in self-defence street advocacy, moving occasionally from visual threats to direct action.

Shops and restaurants were guarded by menacing-looking volunteers, literally covered from head to toe with ammunition. 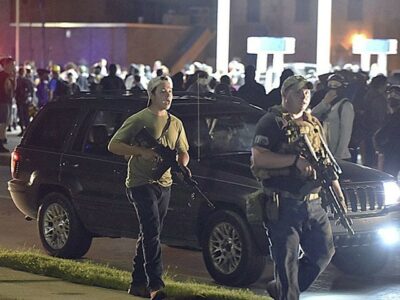 That is, among other things, they prevented BLM representatives and sympathisers from expressing themselves freely, which, you must agree, does not seem like an acceptable prank in the face of public repentance.

The case of Kyle Rittenhouse turned up most opportunely. The loudest (and also the most comical) trial of 2021.

However, all the events took place last season, in the midst of the primaries:

On August 25, 17-year-old Kyle was actively involved in the dispersal of a mob of robbers with his AR-15. Witnesses (from among the looters) claim that the insidious teenager killed two and wounded one of the “peaceful protesters”. Other eyewitnesses who believe that he was saving his life and shot back in response.

The task of the public trials is not at all to find out some kind of truth, but to demonstrate the values of the two opposing sides. 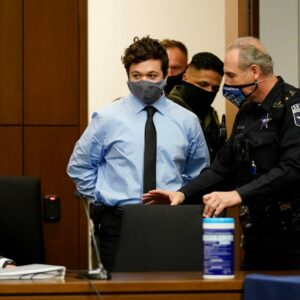 The process immediately acquired political overtones and has been on the front pages of radical American publications for a week.

Kyle Rittenhouse is also chosen as the embodiment of all the dubious virtues that should be left in the distant past: demonstrative star-spangled patriotism, YMCA, respect for law enforcement, low (alas) intelligence, low social origin and yes, a sincere love for firearms.

The latter point is being made by all those involved in this discussion. 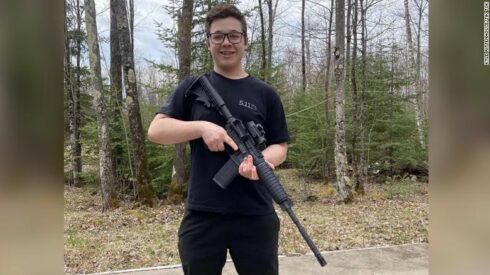 Now a lot depends on Judge Bruce Schroeder’s reaction to the proposed charade. This is a veteran with almost forty years of experience and a pile of strict sentences under his belt. Old school with respect for constitutional rights and, at the same time, a strong opposition to armed violence. The choice of this figure, as well as the accused, was not arbitrary.

In the event of a decision in favour of the protesters, not too likely given the murky witnesses, but ideologically sustained, the right to self-defence may be severely curtailed. Also, in theory, the very “people’s militia”, of which Rittenhouse was a member, may lose the right to carry firearms.

US’ right to bear arms at least shouldnt extend to open or concealed carry. Revolutionary period is already over and this can at least be used for intimidation or threats. However mobs themselves can carry and by their mere presence can also intimidate. So a 17 year old goes civic minded. Gets jumped by one crazy with another individual shouting “get him”. If the kid were evil and looking for trouble, right there and then he would have pulled the trigger. Instead what he felt was fear or confusion. So he ran to put distance and he was chased. While running, he thought to deter the chaser so he points back but the chaser doesnt seem deterred. Doubt and confusion again as he entertains the notion that this guy might have something like a trump card. Why does this guy insist to close the distance? So the kid runs again. However when the companion of the chaser fired a “warning shot” . That probably was interpreted by the kid as a shot on his life by the companion of the crazy or the crazy himself. So he turns, and within a foot from his barrel, fires at the crazy chaser. Was it necessary force at that distance, with the insistence to chase, the doubts, and with the warning shot? Is the kid expected to hand to hand or know martial arts? (What if this was a set up? It doesnt seem likely as the first time the kid pointed back at the chaser, that was a better camera view than one in the middle of cars parked. Also, the chaser should have been shot there. ) The rest of the events were three vigilantes looking for trouble. The medic though seemed to switch angles and maybe approach the man who was shot. The kid initially points but lowers his gun. However at that sitting position, if the medic gets past 90 degrees, the handgun is superior to a sitting prone kid with a rifle, so the kid aims again but misses.

100% bull crap, puts every article published into question. BLM is about looting athletic shoe stores nothing says Racial Justice like a new pair of NIKES. “That is, among other things, they prevented BLM representatives and sympathisers from expressing themselves freely, which, you must agree, does not seem like an acceptable prank in the face of public repentance.”

Agree, but his conclusion that the power elites are leading this down the road to gun confiscation is exactly right.

Thank to hero Rittenhouse there is a nazi blm less in this world . All the citizens of the world have the right to defend by guns themselves and everyone else from attackers and it doesn’ t matter if these are feminists , antifa , lgbt , blm or clandestines : no nazi deserves to survive .

F you SF. This is why I will never support your bullshit “Alternative” media. Which is becoming more and more apparent you are just another alternative liberal source.

At first you had some good articles that dealt with skirmishes here and there but now it is clear that you are just a liberal rag.

Of course, this is the direction/agenda of the satanic globalists who control the U.S. and the west.

Yet another disgusting defence of white supremacism.When will you crackers realize that we are living in the 21st century. Rittenburg is yet another racist killer set free by an Institutionally racist justice system.

Zyklon B
Reply to  Leon Tressell

Are you jewish or just a plain old dumb fuck

Bring it. We’re going beat you back to the jungle where you belong.

BLM is a terrorist group and that’s it

Your Article on the subject is BULLSHIT …Ofc the young man was entitled to shoot the HOOLIGANS who attacked him .. in SELDEFENCE .. the discussion about personalities etc is IRELEVANT